Into the Badlands Blade Battle Tips, Cheats & Tricks to Fight Your Way to Victory

Hack, slash, and smash your way to victory and survival in Reliance Big Entertainment’s latest beat em up game for iOS and Android. Into the Badlands Blade Battle lets you play as one of the characters from the hit TV show. It features a free-flowing battle system wherein you will need to tap and swipe to create actions in game. Do you have what it takes to survive? Choose your character and battle it out in the different iconic locations to find out. Rely on our Into the Badlands Blade Battle ultimate strategy guide to make sure you will come out on top!

You have entered an unforgiving world where only the strongest survive. It wouldn’t hurt to take every bit of advantage that you can. An easy way to get ahead is to simply make sure that you log in every day. The game provides daily login bonuses and caps the week off with a special reward if you complete the whole week. You don’t even need to play if you are busy. Just remember to log in for the day, claim your prize, then log out. Simple as that.

It’s a beat em up game so make sure you are giving the beating, not taking it. Most games in the same genre use a button system where you mash away at attack buttons until the enemies die. The battle controls in this game can take a bit of getting used to. Practice repeatedly until you are comfortable with the controls. Don’t get frustrated because it really does take a while to master the controls even if they are easy to learn.

What’s a battle game without finishing moves? Finishing moves take the monotony out of any game and make it ten times more awesome. Take out your knocked down opponents in style by double tapping on them. Just be careful when you do so because your character will be vulnerable while preparing to deliver the killing blow. Don’t use this move if you are surrounded by a lot of enemies as you might end up getting finished instead. You can also use special moves that deal more damage than basic moves. You will need to build them up first, though. Time your finishing and special moves to add variety and flare to your battles.

The game lets you get more characters as you progress. Each character has his own fighting style and attributes. Some of them are more useful in certain stages than others. Try out all the characters and see which one fits your playstyle the most.

5. Reach For The Stars

After completing a stage, you will be rated based on your performance. The most you can get per stage is a three-star rating. Always try to get three stars in a stage so you can unlock the free chests. You can always retry a stage if you don’t get the perfect rating. Completing a stage faster and taking minimal damage helps you get a better rating.

You now have what it takes to survive in Into the Badlands Blade Battle with our tips, tricks and cheats. Follow our strategy guide to eliminate all your enemies! 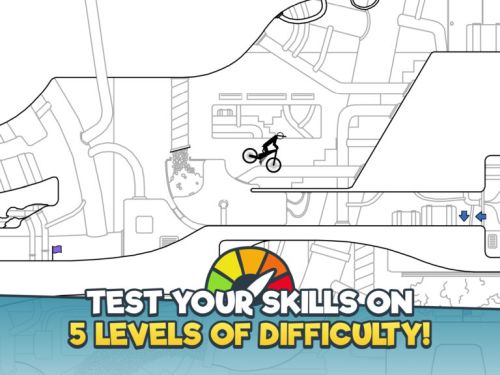