Independence Day Resurgence: Battle Heroes is a new iOS and Android game from Zen Studios that’s based on the upcoming movie Independence Day: Resurgence. In this game, you will be joining the elite ranks of the Earth Space Defense, as you protect planet Earth from aliens. As the game suggests, the premise here is to collect heroes, specifically the best ESD squadron of advanced fighter jets and support vehicles. The game also encourages you to experiment with different combinations and utilize your squad members’ abilities to their maximum potential. You can recruit pilots, including those who fought in the War of 1996, and launch special attacks or use your pilots’ hybrid fighters to support your squad, and gather loot in the form of enemy tech.

Those are some of the game’s key features, and to summarize it all in a nutshell, your job is to lead a team of characters and ships from the two Independence Day movies as you fight against AI- and human-controlled enemies. So what are you waiting for? If you’re looking for some help playing this game while waiting for the movie to premiere, we’ve got what you may be needing – a complete Independence Day Battle Heroes strategy guide.

All you ships will have a main attack and one special skill or more. Like almost any other special skill in games of this kind, these skills have a cool-down, but this time, it’s not based on a number of seconds or minutes, but rather a number of moves. Main attacks, fortunately, do not have any cool-down moves, so you can use them as often as you want. Your ships will also have healing skills, and you’ll want to use these skills often in battle, to keep your team in as good a condition as possible. Tap on each skill so you have an idea of what they do, and when you should be using them.

2. Know What The Rings Mean On Enemy Ships

Each enemy ship will have rings surrounding them – they may be green, yellow, or red, depending on the type of attack and whose turn it is to attack. You want to attack when you see a green ring, as that means you’ve got a ship-type advantage and have potential to do maximum damage. In most cases, you should go for the green-ringed ships first and foremost when attacking enemies. The exception would be in some of the game’s tougher battles, where you will have to focus on one ship at a time so you can get rid of them faster, especially if it’s a ship that’s targeting you and doing a lot of damage.

You also have to be looking out for those up arrows next to pilots, or a ship’s parts or skills. An up arrow means that the pilot, part, or skill in question is ready to be upgraded, though that also brings us to this little tip-within-a-tip. When upgrading ship parts, you need to have the materials required to complete the upgrade. The process will also be different from your standard upgrade, as you have to attach the materials individually to the part; a few materials means a smaller upgrade, but if you’ve got all of the materials, you can attach them all and hit “Upgrade” to perform the level-up. That would result in a huge stat boost for the part you’ve just upgraded.

4. Go Through The Campaigns As Quickly As Possible

Hit the x3 button on the battle speed button, and race through those campaigns! Yes indeed, you want these campaigns to be done and over with at the soonest possible time, but it’s not because they’re not worth sitting through. Player levels and unlocking new game modes are related to each other, and you can also earn bigger rewards by unlocking new game modes. That would also give you a chance to earn Alien Plasma free of charge while playing in challenge and combat arena modes of the game.

5. How Can You Collect More Materials?

As we explained a couple of tips earlier, you’ll need certain materials – crafting materials, if you may – in order to upgrade certain parts. That too applies when you’re upgrading skills. But what if you don’t know where to go to find a specific material? Not a problem at all, as Independence Day Battle Heroes will show you where to go. Just tap on the material you need for the skill or part upgrade, and that’s going to show you a list of missions where you can earn the part as a random drop. You’ll also be shown places or game modes where you can earn those materials as a reward. 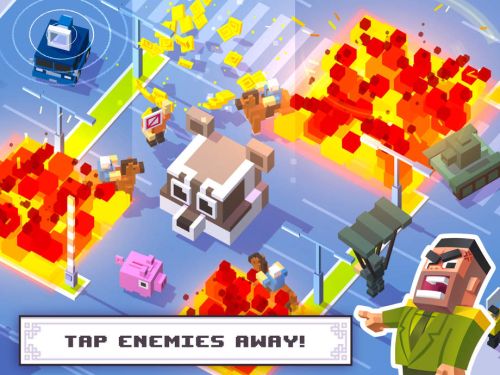 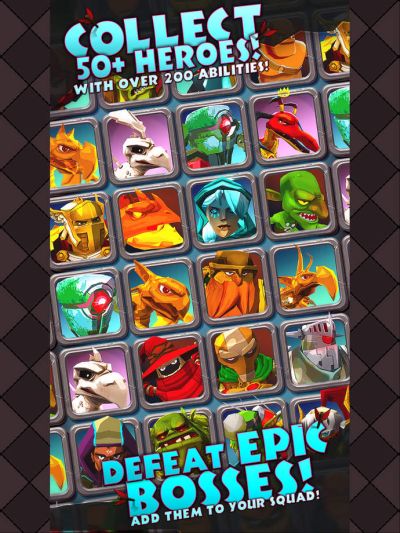