Immortal Odyssey is an immersive game for the iOS and Android platform that takes place in the Celestial Empire, which is described as a fantastically beautiful land blessed by gods, guarded by spirits, and threatened by demons and ambitious humans alike. That alone tells you what kind of title Gameloft has prepared for mobile gamers – a new RPG that puts you in charge of a team of heroes. Now, since playing the game may, at first, be rather overwhelming, we’ve put together this list of Immortal Odyssey cheats and strategies for all players, in an effort to get you familiarized with the game and ahead of the learning curve.

1. Take Advantage Of The Freebies

Immortal Odyssey is, compared to most other mobile games, very, very generous when it comes to giving free items to players. When you see that the game is offering you something for free, go grab it – Immortal Odyssey offers daily rewards for those who play every day, and also bonuses for those who spend a specific amount of time in the game.

This may seem like a simple and straightforward aspect of the game, but there are certain things you should remember when adding members to your team of heroes. First, you can summon them in the Stone Portal with any gems you acquire through completing missions or winning battles. The Basic summon is the safest one to go for, because while advanced summons can get you a Mythic hero, it’ll usually be an overly-common, weak one. It’s best to pay less for a Basic summon rather than take your chances and pay more for an advanced one.

Yes, it’s easy to reset talent points, but there’s a method to the madness when spending these points. That said, there really is no right nor wrong way to spend talent points, but in our case, it would usually be the most prudent thing to do to follow one branch, rather than trying to be a “jack of all trades, master of none.” Spreading yourself too thin can work against you once you advance further on in Immortal Odyssey.

4. Don’t Melt Your Equipment Early In The Game

Eventually, you will need to melt your equipment, but you shouldn’t go ahead and do that early in the game. You can, after all, delegate weapons and other items to your team members, simply by tapping on Manage Allies and adding the weapons you wish to equip on your team. Any leftover equipment once all five members have been armed can be used for upgrades.

5. Collect 20 Shards Of The Same Type And Summon A Four-Star Monster

Don’t ignore the crystals, or shards, that you’ll encounter in the game. Once you collect 20 of the same kind, you can summon a four-star monster that can help you in tougher levels. And if you can’t collect those 20 shards by playing it “straight,” you may want to replay levels and remember where exactly you found the shards the first time around.

6. Keep In Mind That You Can Create Up To Four Characters

How is this even possible? Believe it or not, it is – there are currently four realms in Immortal Odyssey, which means you can create a maximum of four characters, one per realm. This should allow you more chances to experiment and see what works while trying to get the hang of the game. 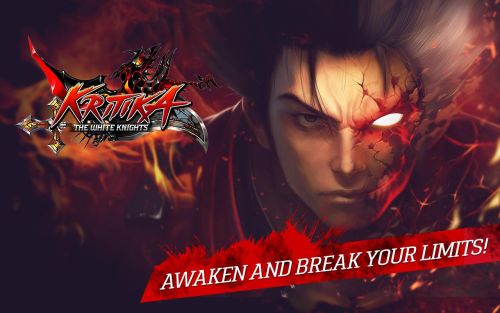