Neon Play is a UK-based company that was established way back in 2010 and has been active in the mobile gaming industry since 2011. With a current games portfolio of 18 games, Neon Play has earned a respectable reputation for most of its games within the casual and arcade genre. Traffic Panic London, Buca!, and Cannon Man are on top of the company’s list of most downloaded games with each amassing a million downloads respectively from the Google Play Store alone. Earning a total of 100 million downloads for all of its games, coupled with largely positive reviews for most of the company’s releases, it can be safely said that any new game from this developer guarantees at least as much success as the best of its previously released games.

Idle Tap Racing is the latest game from Neon Play and is available on both Android and iOS platforms. Very much like the company’s most popular games, Idle Tap Racing banks on the basic formula most of its games follow which offers the simplest of mechanics with utmost ease of controls leading to a finely addictive game play that players across all ages can enjoy. Given these and the rising demand for quick games people can play with any amount of free time they can spare, it’s no surprise to find that Idle Tap Racing has sped its way to top ten lists of games across 20 countries in just 2 weeks after its release. If you are currently looking for a quick and easy game to enjoy on your free time, then be sure to give Idle Tap Racing a try.

Idle Tap Racing sets you up to manage a race track with relative ease and with only success as a possible outcome. As you continuously earning cash every 5 seconds or so, your task is to earn as much income as you can while playing the game. You start off with just a couple of racing cars but you will have so many more in a matter of time. Each time cars complete a lap through the track, you earn cash and tapping anywhere on the screen gives all the cars a decent boost that speeds up your earning stream.

There are no tutorials included in Idle Tap Racing and there are hardly any need of such considering the basic controls and the simple game mechanics the game has. In all honesty, there isn’t a lot of complex activities in the game and anyone can make good progress with some time dedicated on actually playing. As you can continuously earn profits while offline and away from the game, even playing just a short while from time to time ensures some progress for your race track. In any case, if you want to earn money faster in Idle Tap Racing so you can unlock and purchase all those upgrades and track enhancements, then read on for some useful tips, cheats and strategies!

As you enter the game without much idea of what’s going on, you will soon be led to understand what you need to do as each upgrade item below the screen begins to highlight following the stream of earnings you gain. Before you proceed to actually play the game, be sure to activate the income multiplier by tapping on the icon at the upper left side of the screen.

Activating the 2x income multiplier requires you to watch a 5 to 30-second video ad but considering the length of time your profits are boosted, you will basically be cutting down playing time by half to earn as much money. On top of that, other perks that can come especially those affecting income will also be impacted by the double rewards buff so it is very much worth it and is essential if you really want to make progress fast.

2. Relaxed Regular Taps Are All It Takes

If you have played idle clicker games as much as we have, then you probably played a couple or several of these games where income or similar rewards grow higher the faster you tap on the screen. As much as this may be fun for some people, it can also be very tiring and essentially limits your playing capacity a little more as you tire your tapping fingers out.

In Idle Tap Racing, you don’t need to tap on your screen rapidly as the speed boost that each tap provides lasts for almost 2 seconds. Given this feature, you can casually just tap on your screen at a relaxed pace and potentially be able to boost your profits even without paying as much attention to the game at all time. As a fun fact, you can continue to earn boosted profits after activating the double income and watch a movie and you will make good progress a lot more than exiting the game.

There are 3 available upgrade options in Idle Tap Racing and each one directly affects how much income you gain every lap crossed by the racing cars. Winnings increase the amount of money you get every time a car finishes a loop in the racetrack. Upgrading speed will make the cars go faster which, in effect, makes income generation go faster as well. Last but not the least, adding more cars provide a sort of multiplier effect to income and while this upgrade does boost income more than the other upgrade options does, it is also the most expensive.

To ensure that you are purchasing upgrades at the most efficient manner, what you would want is to have as little idle money sitting at the top of your screen and at the same time, be able to purchase as many upgrades as you can as well. As you continue to earn money and get close to being able to purchase an upgrade, settle for the least expensive one so the upgrade will immediately take effect and you will sooner be able to reap the rewards from that upgrade. Don’t worry about the more expensive upgrades as you will prioritize them whenever you receive huge sums of cash either from levelling up or receiving offline rewards when you log back in after some time away from the game.

4. Level Up As Soon As You Are Able To

With all the excitement going on the screen and as you enjoy in watching the cars make their way through the speedway, you might not notice the level up bar being full at the top right corner of the screen. Keep in mind that once the level up bar becomes full and begins to flash, you will cease to earn additional experience points and it would be a waste of the experience points you continuously earn.

Given this common scenario, try to occasionally look at the experience bar and estimate as to how much time it would take to fill up. In any case, it won’t be that difficult to look at it every once in a while, and what you would want is to tap on it as soon as it becomes full so you can enjoy the cash rewards as well as continue to start earning experience points immediately.

Given the profit stream mechanic of Idle Tap Racing coupled with the double income multiplier that you always have to keep active, you should already have enough income coming in to be able to sustain the growth of your racetrack. However, the game is generous enough to even pump in more opportunities to further speed up your profit streaming.

Always keep an eye out for the icons that pop up on the upper right side of your screen. These buffs may come in the form of experience boosters, speed boosters, or other useful buffs that can rapidly increase the amount of money you earn for its duration. Each activation requires watching a 5 to 15-second video ad as well, and while you may feel choked at the amount of ads you will have to watch through, it is very much worth it.

6. Keep An Eye On The Floating Trophy

With all the boosters in the game that can be activated by watching video ads, you may think that the game already offers plenty of that. Beyond the buffs, the biggest chunk of money will come from the floating gold trophies you will see from time to time. Like the buffs, tapping on it will trigger an ad but right after, you will be rewarded with tons of cash that almost always is enough to purchase a couple of the most expensive upgrades available. Given this, you can be sure that the amount of rewards you can receive from this will grow bigger depending on your level and stage of development in the game so be sure to tap on it whenever you chance upon it.

And that wraps up everything we have for our Idle Tap Racing Beginner’s Guide. We surely hope that you have learned a lot from the tips and tricks we shared above. If you know of any tips or strategies aside from what we already shared relative to Idle Tap Racing, please let us know through the comment section! 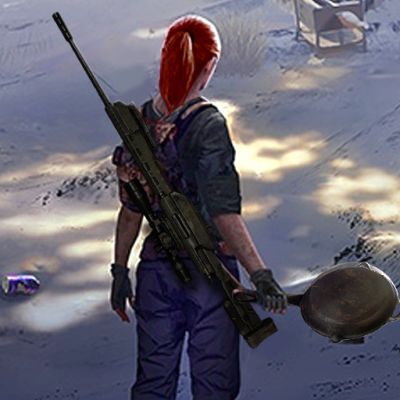 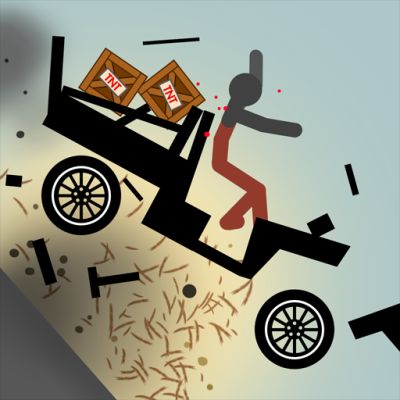