In January 2019, Idea Factory will be celebrating its 25th anniversary. To celebrate it in a big way, the company will release their newest mobile RPG: Mega Miracle Force.

Featuring numerous familiar characters from the Idea Factory brand –such as Compile Heart, Generation of Chaos, or Spectral Force, – this new strategy RPG will be launched on both iOS and Android devices. Players will be challenged to create a party of characters which they will lead on a seven-by-five map. The order of each character’s movements is determined by a speed mechanic. The game will also feature new characters such as the goddess An or Alto/Aina, antagonists endowed with similar summoning powers as the player character. The storyline is set in a Hyperdimension universe. 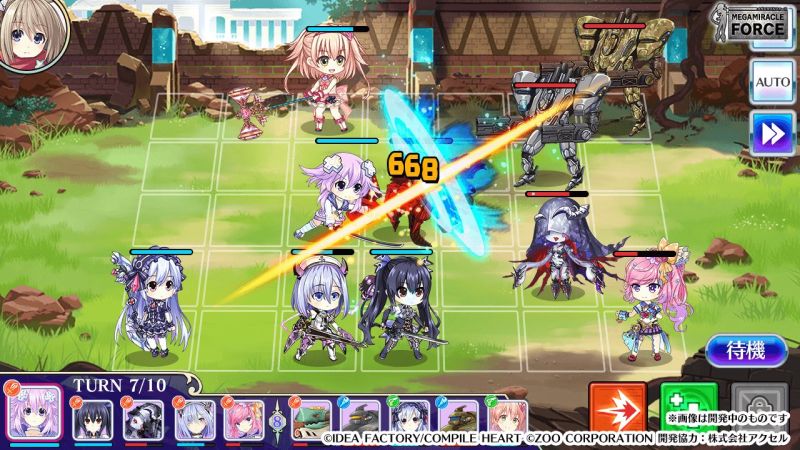 Mega Miracle Force boasts a ‘Link Card’ system that serves as a power booster. Each card comes with a unique illustration and players can use them to equip their characters to obtain extra abilities and stats.

Free to download and play, Mega Miracle Force will feature optional in-game purchases. The pre-registration campaign has already started and the rewards depend on the pre-registrations number. These rewards include Memory Gems, stamina regeneration items, or Rose, a 3-star character. For more details and updates, make sure to visit the game’s official website and Twitter account.