Gameloft’s mobile title Ice Age Village is more of a zoo management and breeding game than an actual city-building game. Available on Android and iOS platforms, this game lets you take control of the popular Ice Age characters like Manny, Diego, Sid, Scrat, and of course, Scrat’s acorn. Join them as they help all the prehistoric animals settle into a new home. You will have to keep expanding the village to make room for more types of animals. Helping these animals breed will also be part of your task if you want to have even more variants in your village. There are a lot of things to keep you busy in the game, including exploration, mini-games, and live events. Make sure you read our list of Ice Age Village tips and tricks in order to learn everything you need to know about the game.

The tutorial is important in teaching you the basics of the game. Luckily, the tutorial for this game is given through quests from Sid and Manny. That means you get rewards for being a good player and actually paying attention to the tutorial. From these quests, you will learn how to build habitats, breed animals, and hatch eggs.

There are a few things that you need to remember from the tutorial. First off, make sure you find a companion for your animal as soon as possible so you can start the breeding process. Once you have successfully produced an egg, you can hatch it in the Nursery. It will take time to hatch, or you can spend acorns to speed things up. It’s best if you just wait since acorns cost real money. Just don’t forget to claim the babies right after their timers expire or you will lose them. Play the hatching mini-game to earn more coins from eggs.

Kung Fu Scrat is a mini-game that you can place on the map when you have been playing for a while. Once you have built the mini-game structure, you can tap on it to play. It costs 1 gem to play the game and you can play it for free once a day. You can practice for free as much as you want but you will only qualify for the prizes during non-practice games. Play the game daily to get some free stuff. You can spend acorns if you want to play for prizes again but that would defeat the purpose of getting free rewards.

Ice Age Village is easy enough to master. You just need to swipe on the screen to kung fu those flying piranhas. Avoid hitting the puffer fish so you won’t lose any points. Keep hitting as many piranhas as you can until the timer reaches zero. Once the time is up, your score is tallied and you can claim your prize.

3. Watch Out For Scrat

Scrat is always running around the world, both in the movies and in this game. When you are playing, always keep an eye out for him because he will randomly run across the map for no reason. Catch him while he is on the run and you will be rewarded with coins. The reward starts off with a cool 450 coins and will continue to increase as you level up. That’s not a bad way to earn coins considering all you have to do is tap on a running squirrel.

There are several things that you can buy from the shop and knowing which ones to invest in is crucial, especially since there is limited space in your village. Buying animals and placing them on the map will generate coins and experience for you over time. Fun structures also generate coins and experience but they provide more coins and less experience. Decorations do not generate any resource but they add a coin bonus to adjacent buildings. Place these strategically in order to maximize their bonus. Last on the list are the Special structures that vary in usefulness. Kung Fu Scrat and the Movie Theater are examples of special structures. Unlock these depending on their usefulness.

You can go on quests with several characters in Ice Age Village. Tap on them when you see a bubble over their head because that means they have a quest available. Completing these quests helps make sure your village progress is on track. Of course, it doesn’t hurt that they also reward you with some treats upon completion. Take time to do these quests in order to boost your progress in the game.

Once you have a few habitats down, you will realize that you don’t have a lot of space. You will need to expand if you want to be able to keep placing habitats and other structures. To do this, you just have to tap on a piece of land that you want to buy. Keep in mind that you can only unlock land that is right beside your existing territory. Land will cost either coins or acorns, and will cost more the further away it is from your original space. Try to buy land using coins, especially during the early parts of the game. Acorns are the premium currency of the game so you would want to hold on to them for more important purchases.

If you are a big fan of the movies, you can build the movie theater to gain access to a bonus clip featuring Scrat called, “Scrat’s Continental Crack-Up.” Unfortunately, the movie theater does not have much use aside from allowing you to watch the short video. It isn’t really worth the space it will take up so you might as well just build another habitat to help you generate more coins. If you already have a lot of coins and extra space, however, then feel free to plop it down just for the sake of completing all buildings in the game.

It’s time to help the prehistoric animals build their new home! Make sure you follow the Ice Age Village strategy guide above and you’ll have a bustling little town in no time! In case you know additional tips for the game, don’t hesitate to leave us a message in the comment section! 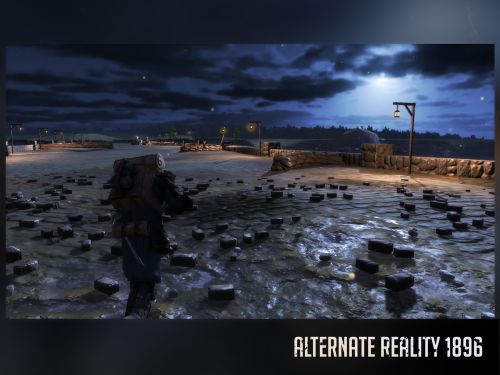 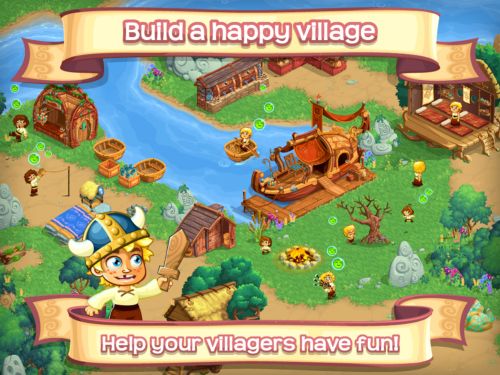