Arknights, a mobile action-RPG developed by Hypergryph, is available for pre-registration before its official release on Android and iOS on January 16.

In Arknights, a thrilling tower defense game, players will be challenged to take over the role of a Rhodes Island member, an advanced Infected research institution. The plot develops around a material that is known as Originium Ore and which has begun to infect humans. Since no one really knows much about this infection, countries around the world have decided to expel the infected members, leaving them without a path in life to follow. The infected humans begin to rally together, giving birth to an institution known as the Reunion. The goal of the Reunion is to help its members take back their lives. 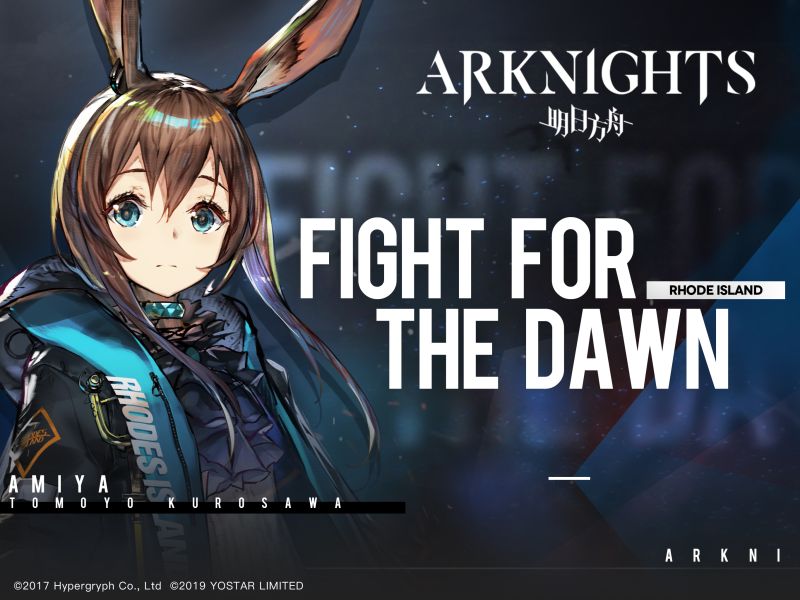 Players can opt for following Amiya, their leader, recruit Operators, train them, and then make them rescue victims, fight against the Reunion, and deal with disputes. Arknights is an interesting blend of RPG and Strategy, allowing players to build their parties and choose between various characteristics and classes. The goal of Arknights is to save people and rebuild the homeland. If you prefer a more straightforward gameplay, you can opt for the auto-deploy system.

If you want to check out what Arknights is all about, be sure to watch the trailer below.

Upon launch, the game will be available in European countries, the United States, Canada, Australia, and New Zealand.

The Arknights Global Twitter account has announced that the game has already reached 1,000,000 pre-registrations across the Japanese, Korean, and English servers! This means that new rewards have been unlocked:

So hurry up and be sure to pre-register for Arknights on iOS or Android!