Highway Getaway: Chase TV is a unique blend of racing game and endless runner from Vivid Games, which is now available for iOS and Android mobile devices. We can also say it’s one of those many mobile games that offer a more casual take on the police chase mechanic from Grand Theft Auto and other titles. After all, your objective in the game is to drive as quickly as possible as you try to outrun the police and build up as much heat as possible, increasing your wanted level as you go along.
And as the cops get more aggressive and your wanted level rises, you’ll also find yourself earning more cash. There are various types of landscapes to drive through, all procedurally generated, ten different cars that have their own specific stats and options for customization and upgrades, as well as boosts that could allow you to get even farther away from the fuzz.

Before you fasten your virtual seatbelt and put your pedal to the metal, there’s one thing we would suggest you do before anything else. And that would be to read our Highway Getaway: Chase TV strategy guide, which will tell you all there is to know about being a getaway driver, and making sure the cops don’t bust you, while also avoiding costly crashes and ending your run early.

1. How To Take Care Of Cars That Try To Trap You

Alas, it won’t just be police cars you need to watch out for, but rather the other cars on the road that may think they’re doing the cops a favor and being a hero by trapping you as you leisurely drive in the safest, rightmost lane. Normally, this is a safe place to be, as there aren’t too many cars in that lane by default. There are some parked cars and some obstacles, which are easy to avoid as you can easily see them from afar. But you may also see some cars switch to that lane and try to cut your path off.

Still, it’s possible to take care of those cars who are trying to impede your path to freedom. If you see that there’s an obstacle in front of you, you can switch into the lane where the obstacle is, in hopes that a car will move to that lane as well and crash into the obstacle. But even if there aren’t any obstacles in the exit lane, you can lure cars there so you can get more wiggle room to move around on your own. No need to worry about them trying to block you again; they’ll stay in the lane after moving there the first time.

2. Near Misses Give You More Cash

Highway Getaway is more than just about driving fast and making sure you outrun the cops. It’s also about pulling of near misses, which would take place whenever you switch lanes at the last second, and barely miss hitting the car that’s right in front of you. Doing this will give you a Near Miss Bonus of 10 cash, and it’s recommended that you use these near misses to string combos together. If you pull off another near miss right after the first one, you’ll get 10 more cash, and that cash will keep on adding up as the near misses continue – theoretically, you can string together long and impressive combos as there are tons of cars on the street. As an aside, it’s also important to note that Near Miss Bonuses can become even higher, thanks to the x2 score multiplier.

In a game where your goal is to evade the police and increase your wanted rating, this is a given. But to further expound on why cops are trouble, we’ll start out by saying that it’s game over the moment you crash into a cop car, regardless of how many lives you have remaining. And since they represent the long arm of the law, they will naturally be more aggressive than ordinary cars, switching lanes multiple times in hopes of ending your run and luring you toward them. Look out for the red arrows emerging from the cop cars, as that’s going to notify you that they’re about to switch lanes toward the direction of the arrow. They’ll also be chasing you quite doggedly, which means the arrow will still switch directions if you switch lanes and they don’t.

4. You Can Also Draw Cop Cars To The Exit Lane

As an addendum to the third tip, we should also let you know that it is possible to draw cop cars to the exit lane in hopes that they would crash. Simply move to the right lane if there’s an obstacle ahead, wait for the cop car to follow you there, and watch as they go through the obstacle. Of course, you’re going to need to move to safety first, but we’re sure you will agree that it’s much more satisfying to watch those cop cars bite into your trap.

The Money Truck is a great way to add to your cash reserves, and you will first notice it appear once you’re at level 4. You won’t miss it, as it looks like a large white armored van. Rear-ending this Money Truck will open the back door and release some money. Collect that money each time you’re able to clip a Money Truck from behind, and you’ll be earning tons of cash each time you drive that getaway car and come upon those trucks.

You can call it drafting, you can call it slipstreaming – it’s the same deal. If you trail a car for a certain amount of time, you’ll see lines coming from both your car and the vehicle in front. That’s how drafting/slipstreaming looks like in this game, and that means you’re gaining speed from the car in front of you, thus drawing the front of your ride closer to the rear of the vehicle in front of you. As you can see, this is a good technique to use if you’re trying to gain more Near Miss Bonuses, but it’s also quite risky. Drafting could cause you to accidentally hit them from behind instead of helping you score a near-miss if you’re not careful.

7. Don’t Spend Your Money Right Away

In the early goings, you might be thinking that it’s a good idea to spend your money while early and splurge on those boosters before going on a run, hoping that those boosters will help you out big-time. But it’s a better idea not to spend your cash on boosters, but instead save up some currency for some upgrades. Cash, after all, may be hard to earn in the early stages of the game, so it does make a lot of sense to save it up, wait until you’ve got enough of it, and buy upgrades for your car to make it more powerful. And while there are different cars available to you in the game, that also brings us to another bonus tip – it’s better to stick to one or two vehicles early on, rather than try to collect as many of them as possible, because of all those upgrade costs!

That’s all you need to know in order to succeed in Highway Getaway: Chase TV. Do you know additional hints for the game? Feel free to leave us a message in the comment area! 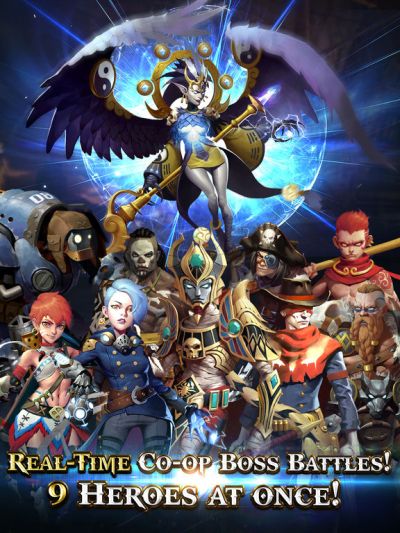 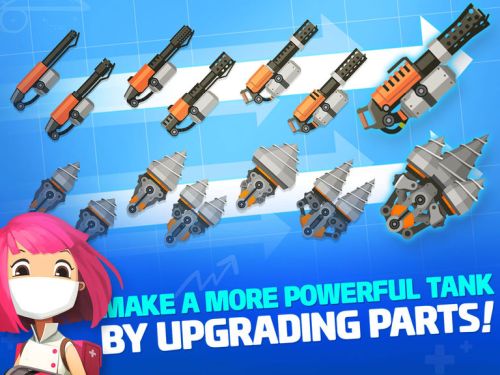