Three warring kingdoms, squabbling over a vast ancient land, and you’re right in the centre of it. Drawing inspiration from real historic events, Total Warfare: Epic Kingdoms immerses you in ferocious multiplayer battles. Aside from commanding an army, the game lets you build a city, forge allegiances, manage resources and develop heroes. Although it was released last August, it’s never too late to join the fight. Here are a handful of tips to kick-start your dream of global domination in Total Warfare: Epic Kingdoms. 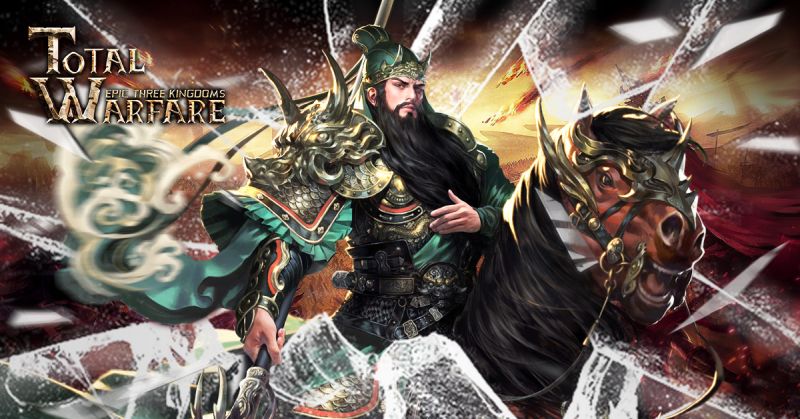 You can fill your war chest with rewards from fighting rival players, and from completing daily tasks, but for a nice regular bump in loot, go after the Yellow Turbans. This rival faction of NPC warriors can be found dotted across the map, and defeating them provides resources and valuable items. Their numbers are refreshed every 30 minutes, so you’re unlikely to run out of targets. Be warned, though – the power of Yellow Turbans vary by level, so going up against a high-level unit of them could spell disaster if you’re not prepared.

It might seem like an obvious thing, but get into the habit of using the ‘search’ button on the World Map. This will help you locate the nearest targets to your home city, whether it’s a group of Yellow Turbans ripe for a fight, a mine promising plenty of resources, land to conquer, or something else worth a look. It’s a great time saver.

Send your soldiers down the mine

Whilst it’s easy to get sidetracked by battles in the field, building up resources is essential if you want to repel invasion and grow your territory. When they’re not swinging swords with them, your infantry can use their hands down the mines, collecting irons. Don’t worry – the fighting doesn’t have to stop while your infantry is busy mining. Your cavalry troops, with their speed and balance of attack and defence, make the ideal force to send out for skirmishes with rival players and Yellow Turbans.

Keep an eye on your notifications 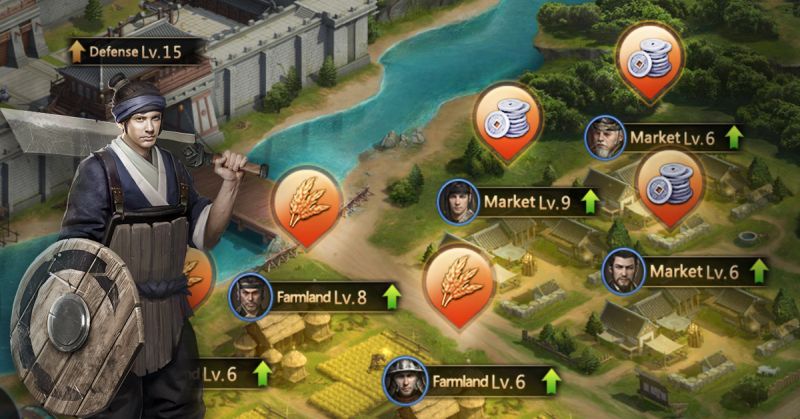 Since Total Warfare: Epic Kingdoms takes place across a multiplayer sandbox, there’s always something happening, even when you’re not around or awake to see it. Other players may invade, upgrades might finish or your friends might log-in and want to combine forces. Be sure to keep watch of your notifications so you don’t miss anything; you can tweak them in the settings so you’ll only be notified about what you’re interested in. You can even set-up offline notifications for those essential updates.

Not all of your heroes are created equal. In fact, in this game, they’re colour-coded based on their quality. Purple heroes have a single skill, whilst orange heroes are lucky enough to have two. In order to upgrade these skills, you’ll need to use a strategy item. These are primarily gained by headhunting in the Talent Hall, but this takes time. That’s why you should use them carefully. We recommend spending as many as 30 of your first strategy items on the Skill of Lord military talent, as that will increase your troop numbers (especially important early on).

Put these tips to the test and join the power struggle in Total Warfare: Epic Kingdoms, free to download on Android and iOS. Also be sure to keep up to date with all the latest news around the game by following the games official Facebook page.