Hello Hero Epic Battle, one of the most awaited sequels of the year, has finally been launched in select regions. The Hello Hero sequel is now available for download in China, Macau, Taiwan, Hong Kong, Australia, and New Zealand. The game can be downloaded from both the App Store and Google Play Store.

Hello Hero Epic Battle is set 17 years after the original game. It is a role-playing adventure game where players need to assemble a team of heroes in order to battle the forces of evil. This time around, past and present heroes will need to work together in order to drive off the Phobos Army. Similar to the first game, players can recruit over a hundred characters and assemble different teams from the recruited pool. 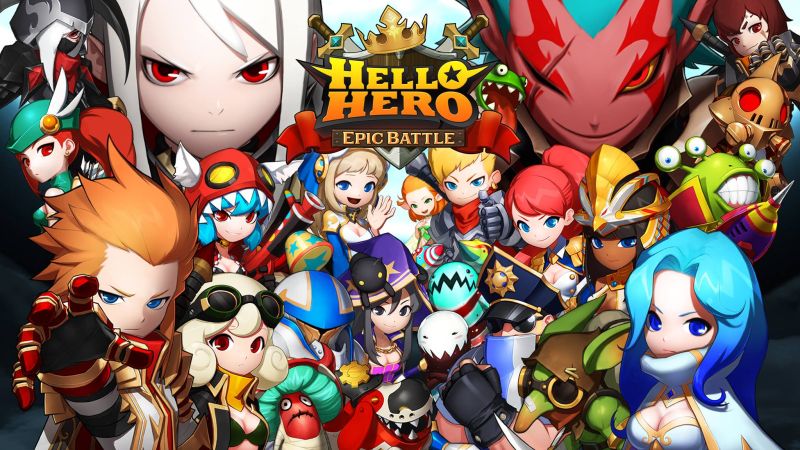 The characters that can be recruited are divided into six classes, each with their own specializations and roles within the team. Players need to build teams of five heroes before they can enter battle. Heroes also need to be fully equipped, leveled up, and customized in order to maximize their potential. Both Heroes and equipment are separated into 4 tiers, with ratings that range from 1-7 stars.

Players will be introduced to the battle system early on, making it easy for both newbies and veterans to grasp the combat controls. Battles are conducted in real time, which means players need to think on their feet and manage each of their heroes as needed. Luckily, the game’s 3D visuals and simplified controls make it a bit easier to keep track of everything.

Hello Hero Epic Battle also features different game modes, including the Adventure mode that has 70 stages with four difficulty settings per each. There is also an Expedition mode that will only allow one-hero parties to enter. Success in Expedition modes will be met with multiple rewards that will make jumping through hoops all worth it.

Other game modes include Conquest, World Boss, Battlefield, and more. Players will need to go through these to maximize their resource gain and reach their full potential. Each game mode has its own set of rules that need to be followed. Different types of rewards can also be expected from the game modes, the rarity of which depends on the difficulty of the tasks that need to be accomplished.

Those who want to get further ahead in the game should also consider saving up. Fincon has hinted on plans to release smart toy figures in the future. Purchasing these figures will provide exclusive boosts and rewards.

Players in the regions mentioned earlier can now download the game for free. European and American players will have to wait a little longer since the game is set for release in their regions in November 2018.