Guardian Codex is the latest mobile title from gaming giant Square Enix, which is now available for Android and iOS devices. This is a futuristic RPG set in the year 2030, at a time when the world is split between the Empire and the Resistance. You’re serving the Resistance in this game, and you’ll be going on a mission to find the legendary “Guardian” in the virtual reality Codex, as suggested by the game’s name. That’s the game’s backstory in a nutshell, but as far as the game goes, you’ll be battling enemy Guardians, using “easy,” yet plentiful commands – there are more than 100 attacks, status effects, and abilities. You can also take part in four-person multiplayer mode, go on quests to help the Codex’s people, and level up and improve your own Guardians in a variety of ways.

One thing that’s quite interesting about this game is how it borrows and references several different franchises, even the popular Pokemon franchise that we last saw featured in the smash hit Pokemon GO. But this is a completely different kind of game – once again, this is a futuristic RPG with a lot of depth. And we’ve come up with an exclusive Guardian Codex strategy guide that covers all the important areas of the game, making it suggested reading for any player, beginner level or expert.

Most RPGs have three or four elements, or sometimes five, with the main elements figuring in a rock-paper-scissors mechanic to determine which element is strong or weak against another. Guardian Codex has six, and the hierarchy is as such – Water beats Fire, Fire beats Wood, Wood beats Water, then Dark beats Mecha, Mecha beats Light, and Light beats Dark. That should be fairly easy to remember, but keep this in mind in any case when you’re assembling your teams. Try as much as possible not to have more than one Guardian of the same element, so as to give yourself the requisite options when in battle.

2. Form More Than One Team

The game will only allow you no more than three Guardians per Troop, though you don’t need to worry about this limitation – eventually, you will be allowed to create a maximum of five teams of three, though you’ll start out with a maximum of two. You’ll be allowed to manage more teams as you keep leveling up, and you will need all the help you can get, as the game will ramp up considerably in difficulty once you’ve leveled up enough.

As an aside, you may notice that there are certain tasks, such as equipping your Guardians or creating new Guardians with multiple fragments, that can only be unlocked through spending skill points in the skill tree. That’s indeed how the game works, as new features get unlocked, first after you complete the tutorial, but with some features only available through skill points.

It’s important that you make sure that you choose the right skills when allocating skill points; once you’ve set them up, you cannot undo the skills you’ve chosen. The only way you’ll be able to earn new points is by leveling up, and you’ll need to complete a level for the first time so you’ll get the Renown required to level up.

4. How Can You Unlock New Guardians?

There are multiple ways to get yourself some new Guardians, and you can try summoning them when applicable. You will most likely get a common Guardian through this method, though you just might end up with a particularly rare Guardian. Any duplicates you get through this method can be sold in exchange for items, or used to enhance existing Guardians. You can also use Guardian Fragments, which you can get at random whenever you beat enemies. These fragments can be used to summon new Guardians depending on whatever player skills you’ve unlocked. You’ll need ten of the same kind of fragment to get the corresponding Guardian, or you can also use Fragment sets to evolve an existing Guardian to come up with a more powerful, rarer version.

The Add Item option in the Guardians menu allows you to equip your Guardian and use items on them. These may include items that improve their attack or defense, add to their out-of-combat experience to help them level up quicker, and increase their HP. You will also need to make sure they’ve got the best gear possible, and regularly swap gear in and out depending on your needs at any given time. Gear can improve your Guardians’ stats, provided you’ve got those items equipped on a Guardian.

6. How Important Is The Level Of Your Guardians?

Level 1 Guardians will only be of service to you in the first part of the game. Otherwise, they’ll have a hard time standing up to enemies, and their attacks wouldn’t really do much, even with an elemental advantage. They will also be lacking in special abilities, and won’t have enough hit points to last the long haul. Leveling them up to level 2, however, could make a big difference, even if level 2 isn’t really that high a level to speak of.

7. Enlist The Help Of A Friend’s Guardian

Guardian Codex will allow you to choose a Guardian from a friend’s lineup, and borrow them to join your team, thus giving you a total of four troops ahead of a level or battle. If you’re lacking in a certain element, choose a friend’s Guardian who fills in the blanks on your team, but on the same token, try not to get a Guardian from your friend’s lineup whose element matches one of yours. Be sure that you check the Guardian information of those on your friend’s lineup so you can view their details and check their special abilities, among other pieces of vital information.

8. Keep An Eye On An Enemy’s Counter

Want to know when an enemy is about to attack? Look at their name and health bar, and look below that – you’ll see a counter showing you how many turns remain before they can launch an attack at you, or use an ability. When deciding which enemy to target first, always go for the one that’s closest to attacking.

9. What Happens When Guardians Get Knocked Out?

Of course, there will be a chance that your Guardians may get knocked out while in the middle of a battle. That will render them useless until they’re revived, meaning they won’t be able to help you out against the enemy. The good news about this is that they’ll still earn XP if you win the battle. The bad news? Porous defense.

Like in most other games with such features, defense is arguably more important than offense, and enemy action timers don’t get affected by Guardians who are rendered inactive. Any Guardian who’s gotten knocked out will still be counted when their turn is up, and if you’ve got more than one Guardian knocked out, that means more turns and more offense from the enemy before you have a chance to fight back.

10. Choose A Guardian Whose Attacks Hit ‘All’

When choosing your Guardians, it’s not just elements that come into play. You should also be looking for those Guardians who can hit multiple enemies in one go, which is always helpful if there are several on the screen at the same time. Having a Guardian with that “hit all” attack allows you to chip away at the enemies faster, though you wouldn’t always encounter Guardians who have those attacks. Luckily, you can easily research on your Guardians’ abilities by tapping-and-holding on the abilities to see what they do, see how many enemies can be targeted at the same time, and what kind of damage can be dealt out (reduced, normal, increased) against enemy Guardians based on elemental weakness.

Last, but not the least, it’s important that you look out for the mana points (MP) rating of each Guardian – they will always have a maximum of 10 MP, with different skills requiring different MP amounts. Guardians recover two MP once a new turn is beginning, which is a good thing – you can unleash skills quite liberally, and not have to worry about saving them only for emergencies. Still, you should be careful at all times not to run out of MP; you might end up needing it for a boss battle, for instance, but not have enough after all.

And this ends our guide for Square Enix’s new mobile title Guardian Codex. Do you know more tips and tricks for this exciting RPG? Let us know below in the comment section! 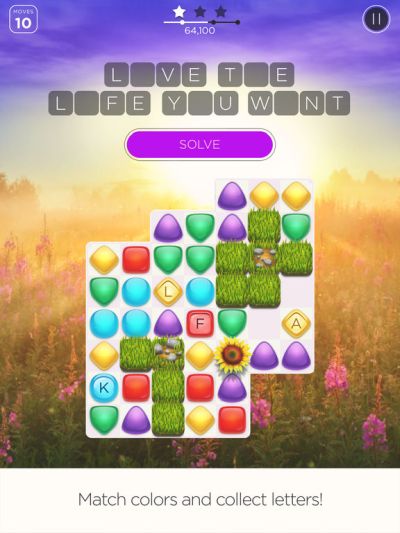 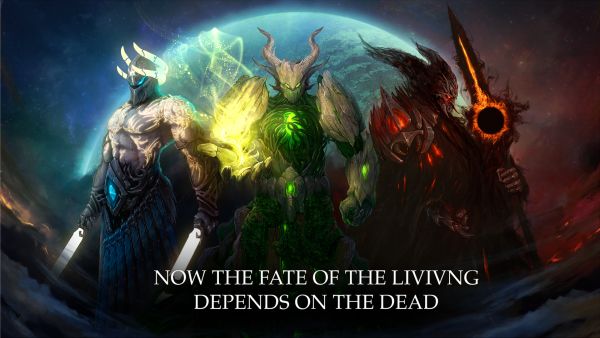