Great news today for all you RPG fans out there as Final Blade has now released globally for iOS and Android. The epic fantasy RPG has already found great success in Taiwan and South Korea, with its extensive lore, sumptuous visuals, and frequent events helping to draw in and establish a passionate playerbase. 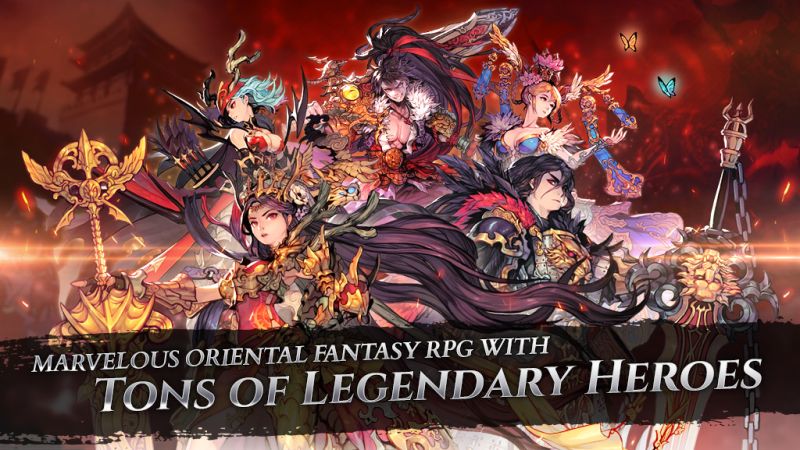 For those well-versed in fantasy RPGs, Final Blade offers its own take on many of the classic mechanics we expect from the genre, such as an inventive upgrade system, regular loot drops, and a host of earth-shattering skills.

Each member of the cast has their own secrets and backstories to uncover, with a sizeable Adventure Mode for you to sink your teeth into. The environmental effects and character designs are also stunning in their attention to detail. So if you’re looking to get caught up in a fantasy yarn, this might just the game for you.

To celebrate that all important global release, developer Skypeople Inc has announced 5 upcoming events. For now, logging in will net you special rewards. Then there’s the Hero’s Journey Event, which sees you completing missions to gain various items that will surely help with the adventure ahead.

The upcoming Conquer Adventure Mode is perhaps the best way to quickly rack up sapphires. This one requires you to clear various stages under specific gameplay conditions – it’s tough, but the rewards are worth it. The Valentine Event gives you the task of completing an adventure and gathering chocolate to trade for high-grade heroes. And last, but by no means least, is the Hero Summon Rate Event, which increases your chances of acquiring G6 Shadow, an elusive marksman.

300,000 players have pre-registered and for them, there’s still time to access and redeem the code for their exclusive gifts over on the game’s official website. So, if you’ve got the fantasy RPG itch, Final Blade is now available for free over on the App Store and Google Play.