You should probably be able to guess it from the title alone – Garfield GO is an augmented reality game, much like Pokemon GO was last year, but that’s pretty much where the similarities end. This is a new iOS and Android title from Freeze Tag, which, of course, stars the famous comic strip/cartoon cat and all his wacky friends, with the scenario being Odie (the dog) having hid Garfield’s comic collection and buried other treasures. It’s your job to get those treasures back and to find more hidden chests, and since Garfield would like nothing more but to lounge around at home and eat lasagna, it’s also your job to get him out there. How would you do this? According to the game description, you’ll need to bake him his favorite foods to convince him to get out of the house and go treasure hunting with you.

The game description also notes that you could win some real-life prizes, meaning prizes you could definitely use outside of the in-game world, such as gift cards from Amazon and Domino’s, VISA prepaid Cards, and assorted Garfield swag. But since this selling point might not be for everyone, depending on where you’re located or how old you are (the prizes are limited only to those aged 18 and above), we’d like to focus on the gameplay itself, and talk you through its many aspects in this Garfield GO strategy guide, including some tips that come from the developers themselves.

1. Go To The Landmarks For Coins And More Goodies

If you played Pokemon GO, you should be aware that Pokestops are traditionally found in landmarks or familiar buildings. That’s also the case in Garfield GO, as coin spots appear to be more plentiful at these places. It’s a different story, however, when it comes to the chests – based on our observations, they show up at random parts of the map, meaning it’s a bit harder to predict where to find them. But in any case, it’s nice to know that landmarks and commercial establishments, or any other so-called “high density” area could be a rich source for coins, and oftentimes, a place where you’re more likely to find chests than others.

2. Make Sure You Have Enough Food For Those Long Trips

We mentioned food in the game overview above, but before we go into detail with that, we should let you know that it’s important to have enough food before you and Garfield go on those long treasure hunts around town in the augmented reality world. You will need to feed Garfield before he sniffs out a treasure chest that you’ve spotted while exploring, and while it may seem random at first, the food you’re feeding Garfield to convince him to sniff actually comes from your own inventory. And it does matter what you feed him, as we’ll be explaining in the very next tip.

You can go to the My Bag menu to see what type of food you have in stock to feed Garfield, but generally speaking, you want to have higher-quality food to ensure better chances of your feline companion finding some prime booty while you’re exploring.

Donuts are the most basic form of food you can feed Garfield, and if he eats one, he’ll sniff out a wooden chest – this is the common, everyday chest with common freebies, nothing really too exciting once you’ve gotten a couple or more. Pizza slices will allow you to get silver chests, cake slices will yield golden chests, and lasagna, which, as any Garfield fan should know, is his favorite food, will yield diamond chests, which are the rarest and most prized treasure chests out there. Once again, it does matter what he eats, and if possible, try not to have too many donuts on you in relation to other types of food. And that brings us to our very next tip, in fact.

4. How To Optimize Food

While one may think that there’s an intricate crafting mechanic at play when it comes to Garfield’s food, it’s actually quite simple – you don’t need to pay a single cent of real-world currency to bake the different food types, but the catch here is that you have to wait, with more premium foods taking longer to bake than others. Donuts take 10 minutes to bake, pizza takes 30 minutes, cake takes an hour, and lasagna takes 90 minutes. We would suggest preparing for your adventure about a day or two in advance, baking lots of lasagna to ensure the best chances of finding really worthwhile stuff.

Want to save some food money? Garfield GO’s makers also suggest that you can bake a little extra on top of the food items your baking per chest you hope to unlock, as well as going to mini-game locations in hopes of winning free food without having to wait. The type of food you stand to receive via the mini-games depends on how far you’re able to go, so make sure you’re taking the mini-games seriously. You can also buy more food by winning coin bonuses per round completed in the mini-games.

As a bonus tip from Freeze Tag, take note that the highest-value food items are selected by default, but you can tap on the Change Food button if you want to save that piece of cake or lasagna for a later time and another chest.

5. How To Find Coins With Less Hassle

The fine folks from Freeze Tag also have their own suggestion on how you could look for coins in parts of the map you may not be able to reach right away. Just drag the map around in order to pan it in any direction, or pinch on the map to zoom in or out. That allows you to see more of the map, and discover other places where you could potentially look for, and earn more coins.

Excited to pick up and collect those coins? Not so fast – before you do that, you will have to feed Garfield first. That sounds easy, but if you’ve been playing the game for a while, you should know that it’s not exactly a walk in the park. You have to make sure you’re firing the food of choice into his food bowl, and when it comes to things like that, it’s all about the angle. It doesn’t seem to matter how hard or how quickly you swipe on your screen. In order to get the best possible angle, it’s a good idea to stay still; playing the game with AR turned on could result in some really shaky aiming!

7. Moving Your Phone Does Help

And now, we’ve got a couple more tips from the developers behind Garfield GO. When flicking the food while in AR mode, you may find it difficult because Garfield is, by default, in the middle of the screen with his bowl. You can, however, move your phone or tablet in such a way that Garfield and the bowl move left or right, thus making it easier for you to flick the food from one side to the opposite.

Likewise, you can also move you device up and down when using the hot/cold meter to find Garfield. The game’s makers suggest you do this, as Garfield won’t always appear at the most obvious height.

8. All About The Trinkets

When you open a chest in Garfield GO, you will see some tiny little items, and you might not be all that sure about what they do and what’s in it for you. These are your trinkets, and they do serve an important purpose in the game, or at least one that’s more important than you think. Each trinket belongs to a set of three, and you can view the trinkets you already own and see how close you are to completion by checking your bag. Completing a set of trinkets will allow you to trade them in for a handsome amount of in-game currency.

A completed set of trinkets will normally move right up to the top of the list, thereby making it easier for you to trade them in for coins. But you should also check the other sets that haven’t been completed yet – it may be better to save some trinkets for a later time, if you know you stand to receive a bigger payoff once all is said and done.

9. Should You Turn AR Mode Off?

Back when Pokemon GO was the hottest thing in the world of mobile gaming, a lot of players chose to play with AR mode turned off. The AR in that game did make it harder for many players to aim their PokeBalls at any given Pokemon, but since these games can be quite intense and do quite a number on your phone’s battery life, you can also take advantage of the other key benefit of turning AR off – battery saving. Go to Main Menu, then Settings, then uncheck AR mode – you’re good to go, and all ready to keep on playing without having to worry too much about battery drain.

That’s all for now folks! If you’ve enjoyed this Garfield GO guide or want to share additional tips with us, feel free to drop us a line in the comment section below! 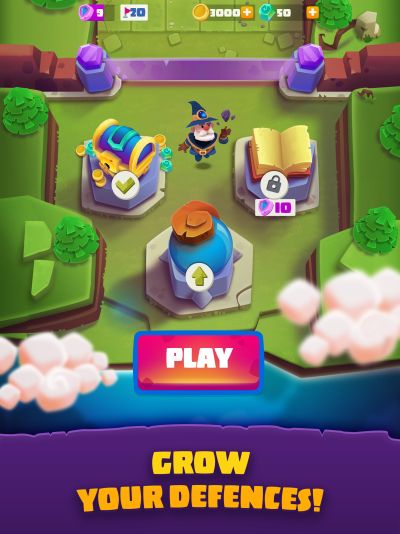 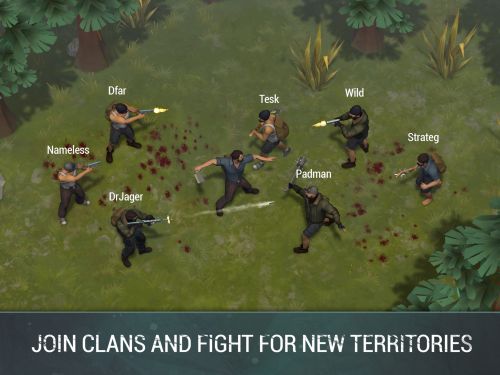