Looking for a multiplayer game that, in its own way, combines running/racing and MOBA elements? Fun Run Arena Multiplayer Race is probably the game for you. The third installment in Dirtybit’s Fun Run series, this “most awesome” iteration of Fun Run comes with a new arena-style game mode. In here, you can take part in eight-player races, competing for rewards and glory and running as fast as you can, using your power-ups at the right place and at the right time. In these races, only the top three will make it to the finish line. As for all game modes in general, some of the other features include the ability to avoid obstacles and sabotage your opponents, and the variety of weapons you have at your disposal, including the “iconic” sawblades.

This is definitely not your average running game, and just in case you didn’t notice from the game’s graphics, you will be playing as a cute, furry animal, and not a human runner. The mechanics here are casual enough for most players to enjoy, but deep enough for those who desire more from their running or racing games. So how can you assure yourself of more wins, regardless of the competition? Read on, as we hope to answer your questions in our Fun Run Arena strategy guide.

As this is a new game, there aren’t too many tracks available (on a comparative basis), but you should take advantage of this and see it as a positive. That’s because you have less to memorize, and less tracks to play and replay until you know them like the back of your hand. Each track has more than one route to the finish line, and more-or-less specific spawn points for the power-ups. They also come with their own difficult sections, and you should memorize where those areas are as well.

As a bonus tip, you should be voting the tracks you deem as your favorite once you see them appear in the game menu. Also use your reloads, as you’ll never know when they allow you to make your favorite track appear.

2. Don’t Waste Time, Use Your Power-Ups 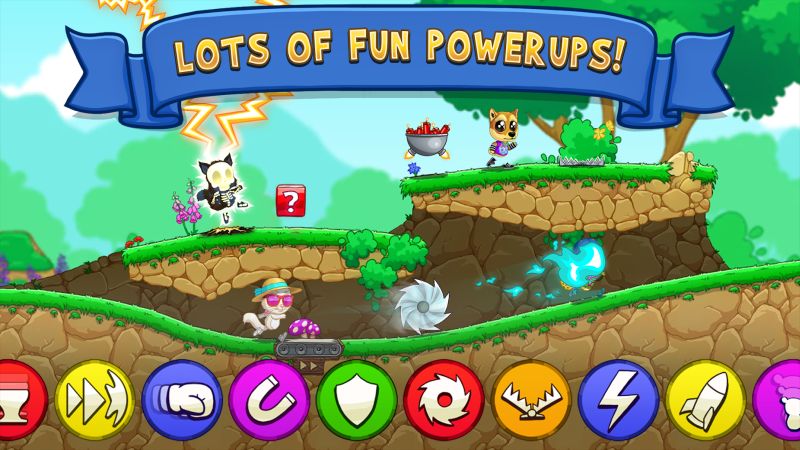 The opinions may vary, but we seem to have gotten the best results when using the power-ups the moment we get them. The only time you shouldn’t be using the power-ups as you get them would be if you’ve got a big enough lead, and have enough wiggle room to cherry-pick, to see what power-ups are coming up next. If you don’t use your power-ups in a timely manner, the races may be too close for comfort, and you may end up losing, or even missing out on the top three.

As the power-ups are perfectly random, you can never tell what you will be receiving. But it’s better to take the gamble and use the power-ups right away, regardless of what they turn out to be.

3. About The Shop Power-Ups 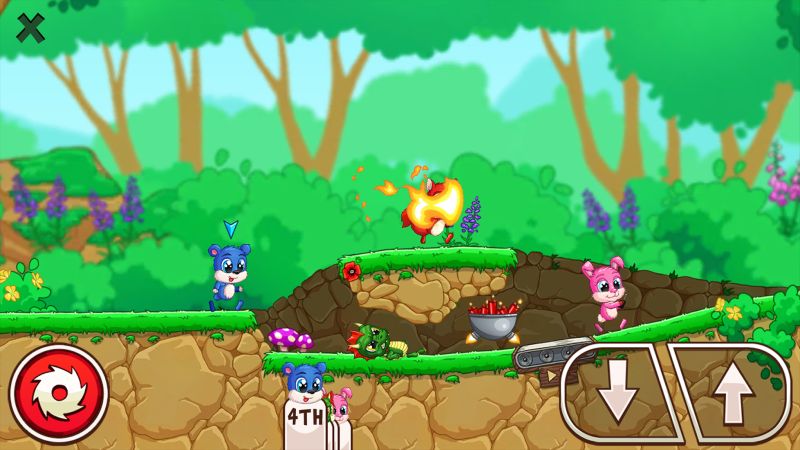 You can buy more power-ups per category once you’ve fulfilled the requirements, but take note that equipping a power-up means that you will only be able to use that type of power-up, and no other per category.

How does the above tip work? Try this simple example. For the first category (blades), you have basic Sawblades, as well as Explosives and Large Weight. Buying all of those but equipping Sawblades, for instance, means you will only be receiving Sawblades if you pick a power-up from that category while in a race.

You won’t be getting Large Weights or Explosives in that case, so make sure you’re equipping the right power-up. It also helps to try each of them out in races to see which one suits your playing style the best.

5. What Should You Buy In The Shop? 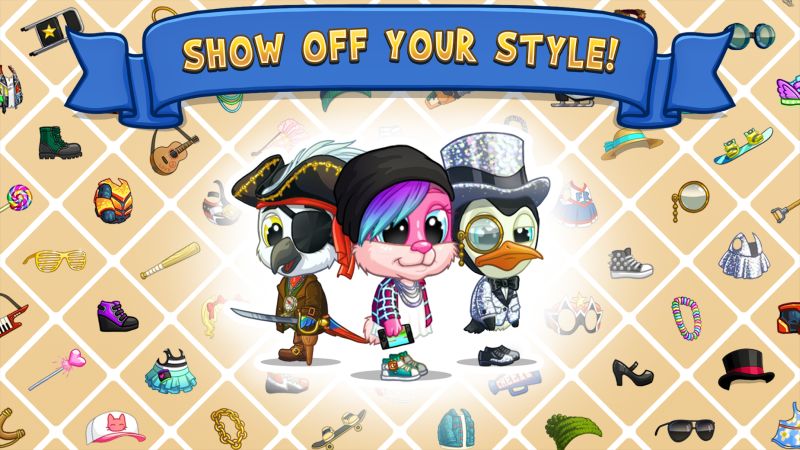 The aforementioned shop has several other items you can purchase if you’ve got the coins, but most of them are mainly for cosmetic purposes, and do not have any bearing on gameplay. But there are some non-power-up items that are worth checking out, and can actually help you win more races and add to your experience points.

The Clan Supporter badge, for instance, gives you a 1.5x XP boost, and gives your fellow clan members 2 percent XP boost. This is also a great place to buy potions, or to buy gifts you can send to your friends who play the game.

6. Watch Videos To Play In The Arena 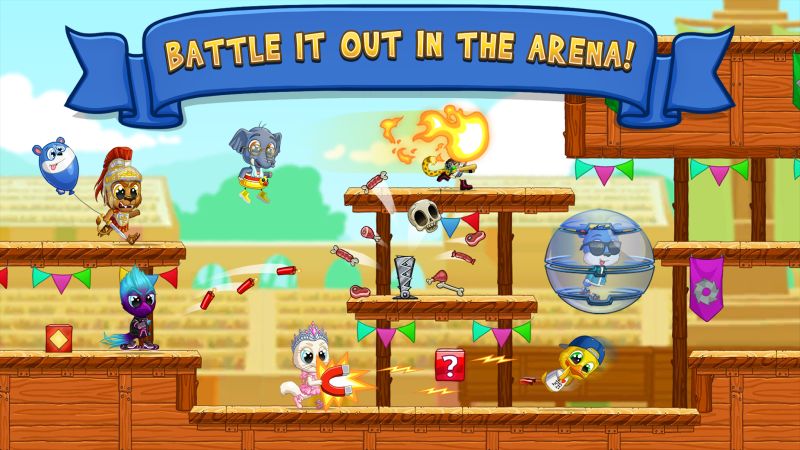 As the name of the game is Fun Run Arena, you are probably most interested in taking part in the arena races. There is a catch in the sense that you have to pay 500 coins in order to race there, but you can circumvent this by watching an ad video instead. Why pay coins when you can simply watch a video if the option is available to you?

Take note that earning even just 500 coins can be quite the chore in the game, and if you spend that money and lose, it’s gone forever – you’ve essentially paid money and are getting nothing in return, if that’s the case. It’s also worth mentioning that arena races are more difficult, so if given the choice, watch the video by all means!

7. What’s In It For You In The Other Race Types?

If you tap the three vertical lines next to the Play button, you can choose from a practice race, which is basically your chance to familiarize yourself with the track in a low-stakes setting, or a Clan Race. The latter option would require you to invite someone else from your clan to enter the race.

Should they accept, you can compete against other clans in hopes of earning more rewards, and of course, for bragging rights. As such, this is where we should tell you to take advantage of the social RPG/MOBA elements in this game and join a clan.

These would be our tips and tricks for Dirtybit’s new mobile game, Fun Run Arena. If you know other hints for the game, let us know below in the comment section!