Perfect World Mobile has done a spectacular job of bringing the original PC game to the mobile platform. While it isn’t exactly a direct port, the game was able to successfully give both veteran fans and new players an enjoyable MMORPG experience. A part of that experience is allowing players to choose and customize their characters. Things are about to get even more interesting in that department as the Vulpine class is coming soon to Perfect World Mobile. 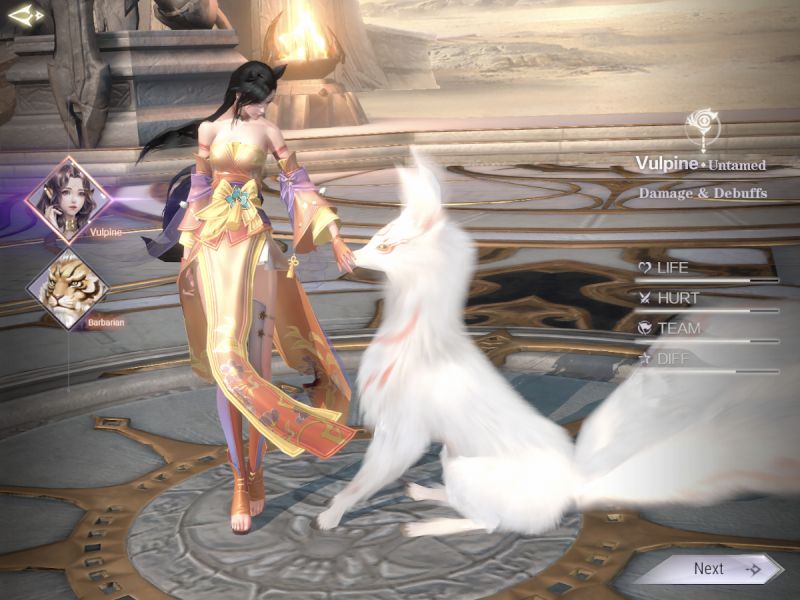 The Vulpine is a gender-locked female class in Perfect World Mobile that looks like a beautiful lady with fox ears. She can shift between two forms: human and fox. In her fox form, she specializes in ranged combat that uses toxins, magic, and hexes to damage her opponents. Her fox form, on the other hand, is adept at closing the gap between her and her opponent then dealing damage up close. The Vulpine is the female counterpart of the Barbarian, a gender-locked male class that transforms into tigers.

Unlike the Barbarian, the Vulpine have the ability to tame pets. This is the first and only class in Perfect World Mobile to have such an ability. Monsters that have a claw icon next to their name can be tamed. Players can then decide whether to release or deploy the captured pets.

Each pet has its own rating and abilities. Once deployed, a pet has three settings: Follow, Passive, and Active. Pets set to Follow will not attack unless manually instructed to do so. Passive pets will attack monsters the players are attacking. Active pets will attack any monster that comes within their range.

The Vulpine class will be launched in Perfect World Mobile on November 13. Players who want to download the game may do so through the App Store or Google Play.