RPGs don’t come much more polished or impressive than Machine Zone’s Crystalborne: Heroes of Fate. Set in the world of Horizon, the game casts you as the ‘Crystal Breaker’, a powerful hero set to lead a rebellion against the tyrannical General Kaine and his army of violent marauders who have overthrown the protector heroes tasked with keeping evil at bay. 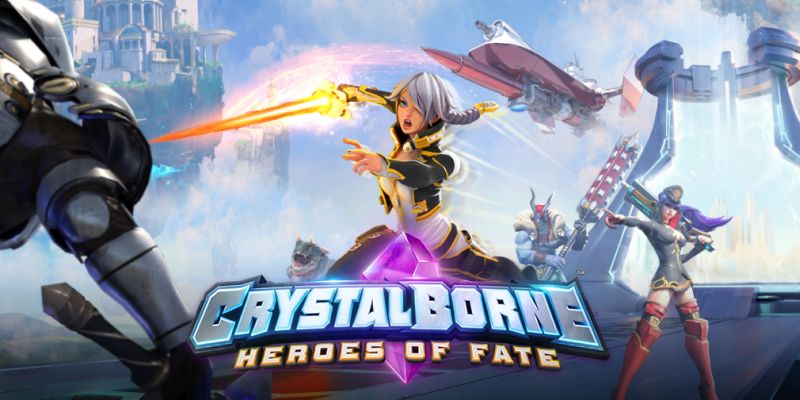 With the ancient, world-killing Leviathan soon set to wake from its slumber, and the world and its people now thrown into chaos, it’s up to you and your online companions to take back the fallen regions one by one and put an end to the unrest.

You’ll do this by exploring Crystalborne’s stunning environments and engaging in tricky, tactical turn-based combat. There’s an incredible amount of depth to its battles, with countless skills and strategic manoeuvres to take advantage of.

While the story, characters, and combat will be enough to pull you through a single player run, the game really excels when fighting alongside other online heroes. Crystalborne also offers some properly inventive social mechanics that enhance the multiplayer experience in novel ways.

The world itself feels genuinely alive, packed with people to meet and areas to explore. It helps that the overall presentation is top-notch, with its visuals polished to a shine.

If you’d like to see what all the fuss is about, you’ll find Crystalborne: Heroes of Fate available for download now for both iOS and Android.