Empires & Puzzles: RPG Quest is a Match 3/RPG hybrid from Small Giant Games, or as the company calls it, a “fantasy Match 3 game” and an “MMORPG puzzle adventure.” In this Android and iOS game, you will need to prioritize strategy and tactics as you defend your stronghold from enemies, both computer-controlled enemies and human opponents. The game allows you to summon legendary heroes, collect more cards, gather more resources, and upgrade your heroes as you go on this “challenging quest” to protect the lands of Karemdol and defeat the dragons, monsters, and other enemies that roam these lands.

Match 3/RPG hybrids are quite common nowadays, so if you’ve played a few of these titles before, you should have a good idea of what to expect. But these games are also much deeper than your usual “Saga” Match 3 games, meaning there are a lot of mechanics to learn apart from the usual “match three identical pieces, create special pieces with a match of four or more” mechanic. Read on, as our complete Empires & Puzzles: RPG Quest strategy guide will take you through everything you need to learn to win more battles, both against the AI and against human players.

Like in many other Match 3/RPG hybrids, elemental strengths and weaknesses play a big role in determining how powerful your troops’ attacks will be against the enemy. This is particularly true if you’re playing in PvP mode; if you string together a combo against an enemy with an elemental disadvantage, you’ll be dealing out twice the damage. While the game does show you this information on the upper part of your screen, we’ll recap the elemental hierarchy for your convenience – Fire beats Nature, Nature beats Ice, Ice beats Fire. Light and Dark cancel each other out by being strong against each other, yet also weak against their own element.

2. Battle Items And Troops Are Important

The game will allow you to bring up to four Battle Items in the Story Battles, meaning Empires and Puzzle’s campaign mode. You might not need to use them early on, as the game will be quite easy at first, but you should still bring any items you have as you try to accustom yourself to the ebb and flow of the game, as well as its more advanced mechanics. Over time, you can wield more powerful and useful items, including the Scroll of Revival, which, as its name suggests, revives defeated heroes and brings them back to life. This could be a game-changer, especially if you’re in the middle of a difficult boss battle.

You’ve also got to take your troops into account – be sure that you’ve got the most powerful troops you have when you’re sending them off to battle. You will be allowed a Daily Summon for free, where you will have the chance to win yourself some Uncommon or Rare troops – these are the troops you want to send off to battle, as they can boost your Hero’s power if you do so.

3. How Are Special Skills Unleashed?

All the heroes in this game get mana for Special Skills when troops corresponding to their element attacks enemies. Doesn’t sound like anything too complicated, right? But you will reach a point in the game where the troops who make it quite far on the board will boost their side’s Heroes with a significant amount of bonus mana. That leaves you, as the player, in a bit of a conundrum – should you attack the enemy in front, or should you send some your troops through open space in the enemy lines so you can get enough mana? Remember that you can’t launch Special Skills without mana – this is a hard decision you will often have to make in the game.

4. No Watchtower, No PvP

It’s imperative that you have a Watchtower already built and set up. Why do you need one? Well, it’s simple – if you do not have a Watchtower, then you cannot take part in PvP mode. Although you can stick to the campaign levels and not bother with playing against real players, there are so many reasons why you should take advantage of the social features. One, you can earn some useful resources. Two, it’s more challenging, as we understand that it could get tiring to compete against the computer AI. Three, it’s more fun. Four, you can experiment with other heroes as you try to figure out your play style and find your bearing in the game. Simply put, there is no downside to playing in PvP mode.

Speaking of social features, you can join an Alliance once you reach player level four. Now there are some distinct advantages to joining an Alliance, and once again, there’s no downside to this. Mainly, you can take advantage of the opportunity to hunt down Titans, which is a process that would need multiple Alliance members. And that’s where the fun begins, as you will need to work together so you can win the battle and divvy up the loot among everyone who took part. Empires and Puzzles has some rich social features, so take advantage of them.

6. What Are Wanted Missions?

The chests on the left side of the screen come with some loot, including gems, and they could be all yours if you fill up the progress bar beside them. As a bonus, you will get the Monster Chest from the get-go, but you will need to build a Watchtower for the Heroes Chest, and you’ll need to be part of an alliance for the Titan Chest. So if you’re looking for some premium currency and want to get some for free, you should fulfill the requirements of each chest.

Once you reach player level 10, you will be able to take on quests, which you can access via the Quest Map. As you’ll find out, it won’t be easy or fast – you will need to be patient as you try to make it to level 10, but once you’re there, you can take on these dailies and get guaranteed loot of a certain type if you complete them. This may mean some food or some troops, for instance, but you may want to wait for those Rare Quests, which are rather hard to complete, as the name may suggest. These will give you some rare materials which you may need for some of the more advanced upgrades.

8. How To Grind Smartly

As you progress further into the game, you’ll need more resources, meaning more food, more iron, and upgrade materials. That would require you to replay a lot of earlier levels, and that’s the only time you should seriously be considering using the Autoplay feature. Autoplay typically uses the most obvious strategies out there, but you can use it if you’re grinding/farming, going back to a completed level you can now complete much faster. Otherwise, you should fight the battles yourself, and not leave things to chance by relying on Autoplay’s simplistic approach.

9. The Order Of Your Heroes Matters In PvP

For one final tip, we’re going to be heading to the PvP arena, where you can use this tip if you’ve won your share of battles and are looking to face more advanced players. It’s actually a simple, but effective one – it’s important to order your heroes in the right position so you could gain the edge over your opponent. On defense, your middle hero will be in front, and that would make them far more vulnerable than the rest of your team. So with that in mind, you may want to divert from the usual “tanks go in front” strategy, and place your high-defense, high-health heroes in the middle to serve as your tank. Once again, offensive oomph is optional, just as long as this tank has tons of defense and health to soak up damage.

There you have it! These would be our tips, tricks and cheats for Empires & Puzzles: RPQ Quest. If you know more hints for the game, let us know in the comment section! 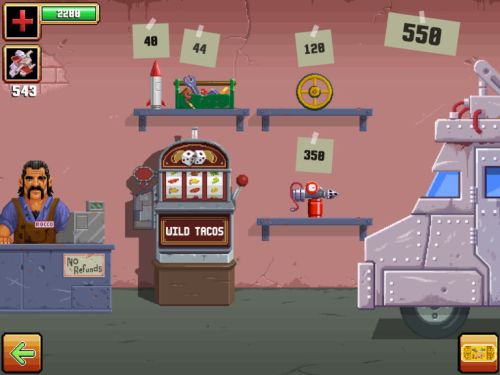 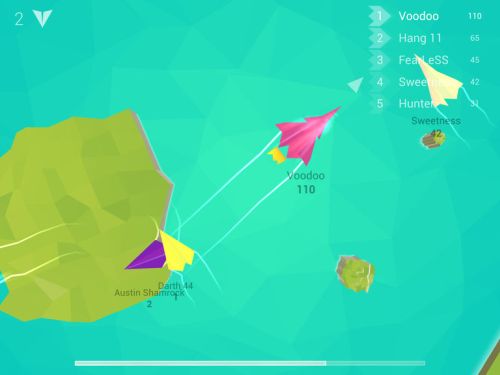 Is there a trick or tip to using or capturing the Dragon that flies over the to?

Why can't I enjoy playing the game the way it is without updating? I know if I update, I'll lose the Halloween themed introduction; and I want to keep it.