Maria is ready to go great lengths to rebuild her father’s restaurant, and it’s up to you to assist her in accomplishing her dreams. Dream Cafe is a match-3 puzzle game from iPocket, where you help Maria set up and expand her father’s restaurant while getting through obstacles along the way. With fun characters and an interesting story line, this mobile game will make you keep playing for hours.

Similarly to other match-3 renovation games, you need to complete levels by matching ingredients in order to earn coins and stars, so you can upgrade the current state of your restaurant. Completing each level gives you one star. For each day, you have a to-do list which shows all the tasks you need to do which uses the stars you earn to give your restaurant a makeover. For each renovation or upgrade, the number of stars needed vary. You really need to play as much as you can and use the stars to give the restaurant a proper makeover. The more levels you play and stars you get, the more restaurants you open.

There is an abundance of match-3 games out there that makes it difficult to choose which one to play. But if you’re interested in restaurant or renovation/makeover types of games along with the casual puzzle aspect to it, then Dream Cafe is worth giving a shot. To give you a helping hand in this game, read on for tips, cheats and strategies and help Maria and her father rebuild their business in no time.

1. Keep An Eye Out For Booster Combinations

When you find yourself in a tough situation and can’t seem to make a match, boosters are the ones that will help you finish that level. There are different boosters in the game that you can create by making matches in a specific way, and each one has its own effect on the board. These boosters can be triggered by tapping on them or switching them with another piece. Switching two boosters together doesn’t trigger a special effect. 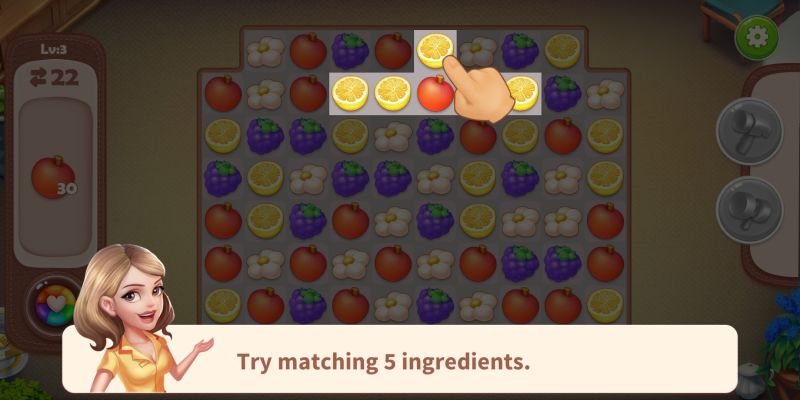 Making a match of five horizontally or vertically or even in an L or T shape gives you the bomb which clears all the tiles surrounding it in a diamond shape. The bomb is made as long as you match five ingredients. The dynamite bundle is created by matching six ingredients together in any possible way. When you activate it, it creates a diamond shape explosion similar to the bomb but bigger.

The missile is created when you match seven ingredients. This booster is quite difficult to create as it’s very rare that you can match seven pieces together. It’s more likely that you’ll create it by chance through cascading matches rather than creating them on your own. Be careful though, you might also have oversight and create a bomb or a dynamite bundle instead of a missile. Triggering the missile creates a huge explosion and will remove ingredients in a much bigger radius than the bomb or dynamite bundle.

There is a special booster in the game that’s charged by activating all the boosters mentioned above and it’s called the rainbow gem. The rainbow gem has a gauge on the left side of the screen that slowly fills up whenever you use a booster. The bigger the explosion, the more the gauge is charged. Once it’s filled, the rainbow gem will land randomly in any part of the board.

The rainbow gem’s effect is that it removes all ingredients of the same kind with whatever you swap it with. For example, if you swap it with an apple, all apples are removed. Another effect is when you swap two rainbow gems together, all pieces on the board will be removed. Swapping a rainbow gem with another booster has no effect and will only trigger the effect of the booster you swapped it with.

2. Focus On The Task

As you start a level, the game shows you what task you must do in order to complete it. Each level has a different task and only gets more challenging as you progress. You’ll encounter different kinds of challenges and obstacles which can be difficult. Most levels require you to collect ingredients or items, while others require you to get rid of obstacles like destroy boxes or remove chains. It can even be both at the same time. What’s important is to make sure you know what you need to do in a level before you start making matches. 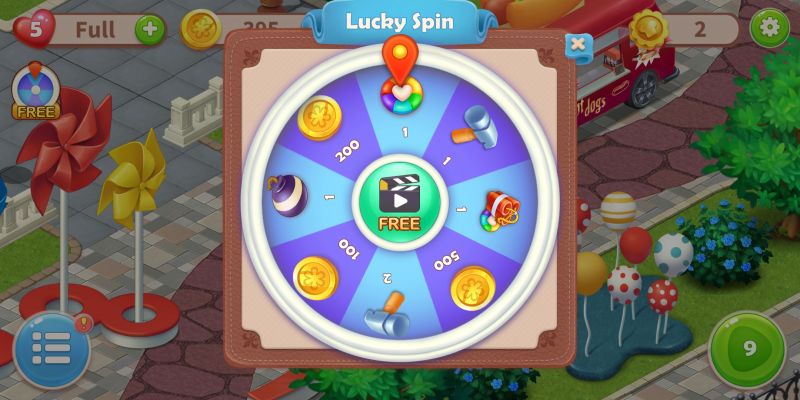 Some levels require you to do a specific task with some added distractions. You may see boxes around and might think you’ll need to destroy them too. But they’re simply just obstacles, and you don’t need to destroy every single one. Each level will be different, and playing for long hours may cloud your thinking. Always look at the requirements needed for the level that can be seen at the left side of the screen and focus on that.

Before immediately matching the first three ingredients your eyes lay on, sit back and think of what the effect of your moves might do and what the task might be. You need to have a plan for each level, but you don’t really need to spend an hour for it. Just look at your mobile screen for a good minute and think what might be the best way to remove this chain, or the fastest way to make the beer go down, or plan for possible booster combinations. You can pause after each move you make and look at the board closely for the next move. 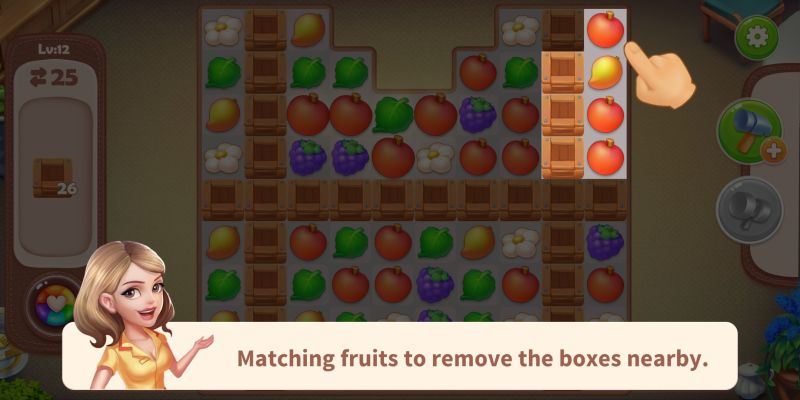 There will be times though that you can’t seem to make a match. The best thing to do in this situation is to take advantage of the game hint. If you stay idle for a few seconds, the game will show you a matching opportunity. Now, this is what the game thinks is the best match to make. However, you shouldn’t always rely on this because there might be better matches that are more helpful to the current task you have.

While planning your moves, you should also consider the number of moves you have. You might be thinking of making matches endlessly, but unfortunately, moves in this game are limited. You might be too focused on the task and not think about the moves left, so always keep an eye out for your remaining moves. Having moves left also gives you additional coins as a reward for completing a level.

4. Know When To Use Pre-Level And In-Level Boosters 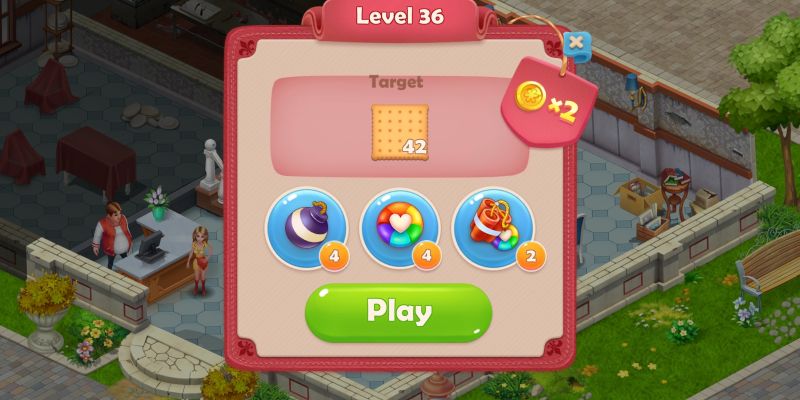 There are three pre-level boosters you can choose from: the bomb, the rainbow gem, and a combination of the dynamite bundle and the rainbow gem. One of each booster is given to you initially, and you get a free try the first time it’s given to you. You can get more of these boosters as a reward by doing all of the tasks in your to-do list. You can also get them through events and watching ads. With in-level boosters, there are only two types: a hammer and a thick hammer. The hammer removes a single tile, while the thick hammer makes an explosion that removes more ingredients. Using in-level boosters won’t cost a move.

When it comes to using pre-level boosters, don’t use them rashly. Only use them as a last resort when you’re stuck on a level and can’t seem to move on no matter what you do. Pre-level boosters are hard to come by, so you need to use them when you feel there’s no other way to complete a level. Using the rainbow gem on levels where you need to collect an ingredient is very efficient because you can easily reach your goal with the help of this booster. The other boosters which are explosives are helpful in levels where you need to break things or bring things at the bottom of the screen.

Difficult levels in the game are easily identified before you start a level by the red-colored pre-level screen. You should only use pre-level boosters on these levels. In-level boosters on the other hand should only be used when you’re about to complete a level but you just don’t have enough moves left. These hammers come in handy at the times you need that one last ingredient or you need to get rid of one last thing on the board.

5. Only Use Your Coins When Necessary

When you complete a level, you’re rewarded with coins and stars. Stars are used to renovate and other tasks related to the restaurant. Coins are used for earning extra moves on a level, buying boosters, and replacing already remodeled items/areas. Having moves left and unused boosters on the game board adds to the coin rewards you get per level. Free coins are also given to you if you connect your Facebook account to the game. Completing the to-do list for the day also rewards you with coins along with boosters. 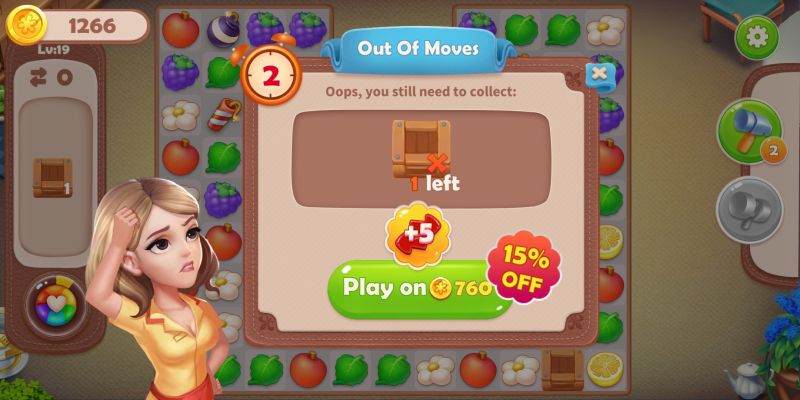 An interesting feature in this game is collecting profits, meaning more coins. Since you’re helping run a restaurant business, it just makes sense that you have profits. You can collect profits every several minutes. The more restaurants you have, the more your profits will increase. Progressing in the game earns you more stars which helps you unlock more restaurants and earn more profits.

Like with any free-to-play games, in Dream Cafe, you’ll encounter a lot of ads that you can watch voluntarily and involuntarily. Regarding the former, watching them gives you bonus rewards. After completing a level, you’ll be asked if you want to watch an ad so you can double the coins you get. You should take advantage of this opportunity as it isn’t always there. It’s the same thing for getting additional boosters through ads. They appear in the pre-level screen where you can just tap on it, watch an ad, and get a free booster. The game also gives you additional moves before starting a level by watching an ad. This option also appears before starting a level. These bonus opportunities aren’t always there, so you should grab it while there’s a chance. There’s no harm in watching a few seconds of ads for additional bonuses that can benefit your game progress. 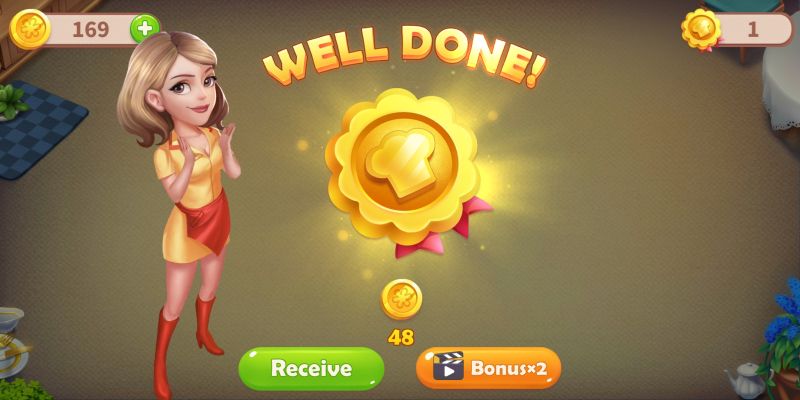 With that last tip, we’re at the end of our Dream Cafe guide. Remember and follow the tips listed above and you’ll surely help Maria make the restaurant of her dreams. If you have any additional tips and tricks for this game, don’t hesitate to let us know in the comment section below!

I can’t open the game on my iPad it just freezes. I can’t find customer support anywhere. On Facebook the page is no longer in service. I really want to play this game. Can you help me?