Doomsday Clicker Tips, Tricks & Cheats to Earn the Biggest Profits from the Apocalypse

Doomsday Clicker can definitely be called one of the most unusual clicker games out there, if not the most unusual. It’s a game where you can bring on the Apocalypse, and earn money from it by idly clicking! The game’s description says that you, as a presumably mad scientist, have spent years developing technology that could withstand the destruction of the Earth’s surface, and with people turning to you for shelter, you will be serving as their rescuer, benefactor, and their “supreme leader,” with special emphasis on the latter. Simply tap on the available buttons to build an underground shelter, and tap for more rooms and upgrades. Larger bunkers mean more people, and more people means more coins. There’s also a limited-time wheel of chance called the Supercharger, which temporarily boosts your productivity.

Basically, you can think of this game as a weird hybrid of Fallout Shelter and idle clickers, though this game is definitely simpler and more easy-to-pick-up than Bethesda’s smash hit of 2015. But you still may need some help figuring some things out in the game, which is where these Doomsday Clicker tips and tricks come in. Read on and we’ll help you make the most profit you can make from the Apocalypse!

1. Don’t Upgrade Unless You’ve Unlocked Everything

Just like in Fallout Shelter, you’ve got a bomb shelter, and it’s up to you to jazz it up and make it more functional by building more rooms so you can attract more dwellers, er…doomsday survivors. But that’s where the similarities end, as everything gets casual beyond that in Doomsday Clicker. In here, you’ll have to build more rooms to generate more money, and upgrade those rooms to earn even more money. But since upgrades can cost quite a lot of money on their own, you might want to try unlocking all rooms first, then move on to the upgrades once you’ve got everything unlocked.

2. The Intricacies Of Unlocking Rooms

Now here’s where things can get a little tricky. In most cases, you’ll be able to unlock the next room once the current room has been leveled up to Level 25. That won’t be the case forever, as things will change once you progress a little further in the game. So what you can do, as a general rule, is to try to unlock all the rooms first, get as many rooms as possible to Level 25, then work your way toward the more expensive rooms while you try to get the cheaper rooms to Level 50. Figuring out the right balance may sound like a pain, but you’ll need to do this if you want make more money than you spend.

3. Buy Room Perks Once Most Rooms Are At Level 25

At first, you wouldn’t want to bother with the room perks; truth be told, they don’t really serve much of a purpose unless you’ve got most of your rooms (or better yet, all of them) at Level 25. But the bonuses you can earn from the perks would become more worthwhile as your rooms keep leveling up. That means you should start focusing on buying perks once you’ve got most of your rooms at that key Level 25, or close to it. The best time to buy perks would normally be after you’ve returned to the game after taking substantial time off; once you’ve bought the perks, you can then spend your money on upgrades.

4. How Can You Attract More Humans And Mutants?

Humans serve a rather unusual purpose for you in Doomsday Clicker – they give you bonuses after each new Doomsday you trigger, and you can get more humans to enter your bunker by unlocking more rooms. As for mutants, you can get new ones by tapping the top level animals; these also give you money, so you can enjoy bigger bonuses through this as well. We’ve been told that upgrading rooms to specific levels can also increase the number of humans you attract, but since this is a new game, we cannot say for sure what level the rooms have to be on.

5. When Should You Hit The Red Button For Another Apocalypse?

That’s the thing about this game – you can literally earn money by triggering apocalyptic events. But when should you be hitting the red button so you can trigger such an event? The best time would be when you’ve got substantially more mutants than you did in your last playthrough of the game. Triggering an apocalypse would set you back to Square One, but you’ll still get a tidy bonus from the mutants you had at the time you triggered the event. You also tend to progress faster in the game after each reset, though the requirement here is that you have more mutants than the last playthrough, as we said above.

That red button is there for a reason – it’s there for you to hit to take advantage of your impressive mutant count. But before resetting, you should be sure you’ve got enough free time to rebuild your rooms for the “new” bunker.

You can give your profits a nice boost by spinning the Supercharger, which is the game’s official “wheel of fortune.” If you have a chance to watch a video for even more profits, then go for it, as that’s going to boost your profits even more.

7. Make Sure Your Bonuses Are Active When You’re Not Playing

As an idle clicker game, you can earn a handsome sum of money in Doomsday Clicker while you’re away from the game. It’s simply one of those de rigueur features of top idle clicker games; there’s got to be a way to “passively” earn money. And since that feature’s available in the game, you should make it a point that your bonuses are active so you can, for instance, wake up with a generous haul added to your profits, after you’ve been away from the game for 6-8 hours while sleeping.

For now, these would be our tips and hints for Doomsday Clicker. Stay tuned, as we may update the guide with more tips in the near future! 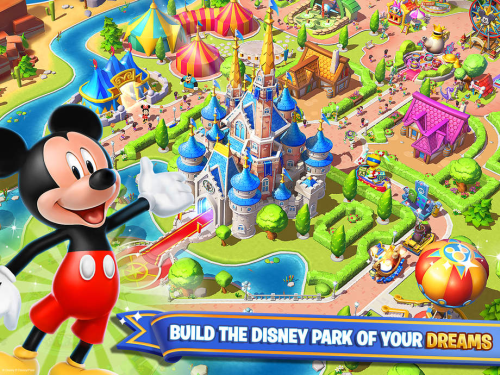 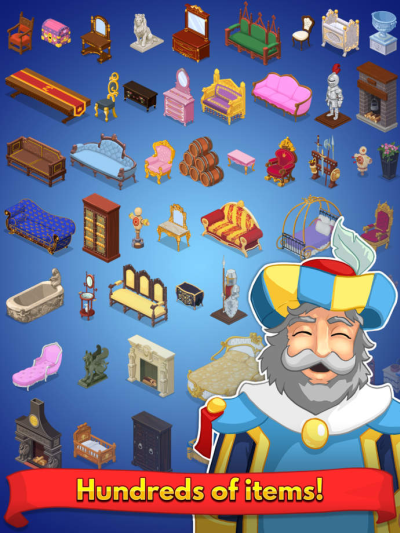