Disney, as we said in our first strategy guide for Disney Emoji Blitz, seems to have a thing for Match 3 games. While these titles are a dime a dozen, Disney often tends to make its titles in this genre more different than the others, and that’s again the case with Disney Emoji Blitz. Aside from solving Match 3 puzzles, the main mechanic in this game is unlocking emojis and using them on your Android or iOS device’s keyboard. That should give you lots of incentive to play this game, but then again, you will eventually discover that it could take a while for you to unlock all the emojis in the game. 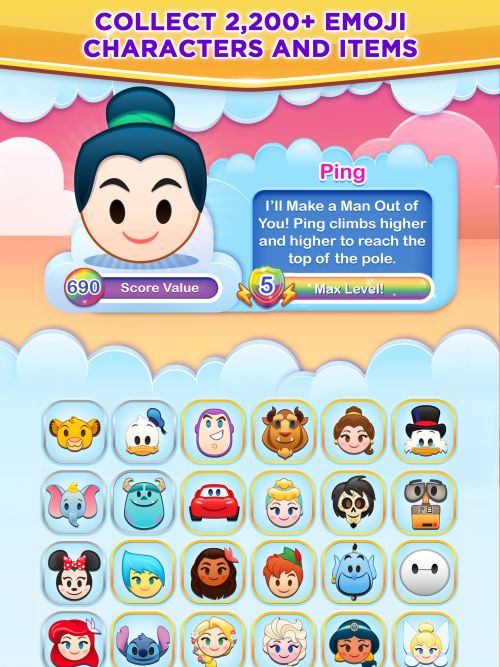 The main thing that sets Disney Emoji Blitz apart from other Match 3 titles is the fact that the game is all about speed, hence the use of the word “blitz” in the title. Unlike other Match 3 games, you can’t take the leisurely route in this game; you have to act as quickly as possible, as you don’t have to complete the previous move before proceeding with the next one.

While this makes the game more challenging than standard, classical Match 3 titles, it also gives you more potential to string together some awesome combos. Make a match on the left, then make a match on the right side if you find one, or vice versa. The faster you make matches, the faster you can complete puzzles, and the more emojis you can collect.

2. Make Your Matches At The Bottom

Fortunately, Disney Emoji Blitz doesn’t differ from others in one key mechanic, which is the fact that it’s going to be easier for you to make matches toward the bottom, rather than closer to the top. By making matches in the bottom half (or third) of the board, you can improve your odds of stringing together combos, simply by letting those pieces fall down from the top as you make those matches down low.

3. Don’t Pay Much Attention To The Items 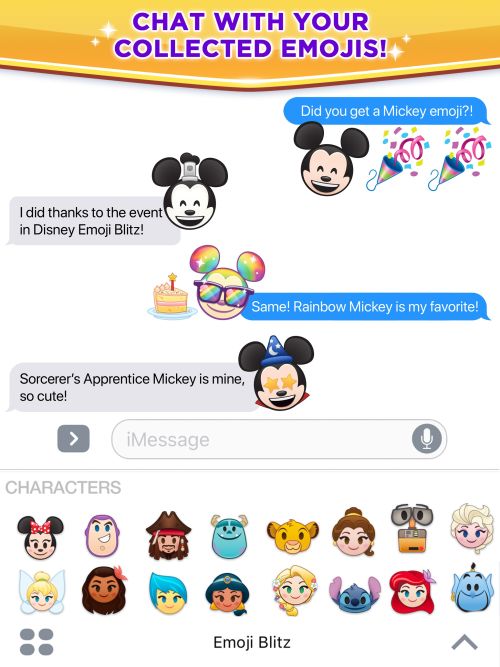 If you’ve been playing this game for some time, you probably are aware that you can collect several items by simply dropping them to the lower part of your screen. Yes, it’s all well and good to collect those items, but if you’re actively trying to add to your emoji collection, you should focus mainly on making matches, and making them quick. You can collect those items through the natural progression of the game, so there’s really no need to focus on that aspect of Disney Emoji Blitz over the others.

4. Use Your Super Powers Once Available

By getting and opening chests, you’ll be able to unlock the special emojis in this game, though this will be all at random. And all these emojis can be of great help to you as you play the game. That means there’s really no specific emoji to suggest when it comes to using your special powers, just as long as you activate them the moment you’ve got the opportunity to do so. That will allow you to maximize their special powers, and use them repeatedly before your time expires. Also, feel free to test all these special powers out for yourself to see which one suits you the best. 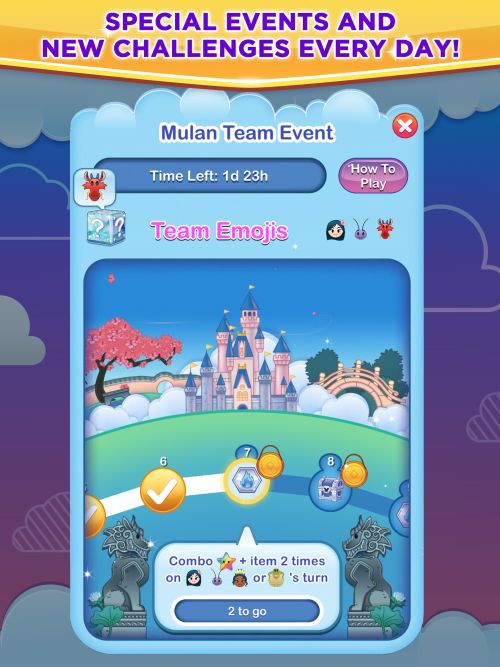 Another good way to collect more emojis in the game is to complete as many missions as possible, and complete them as quickly as you could. The more missions you complete, the more rewards you can earn, and the more coins you can get as part of those rewards. You’ll also be leveling up faster, allowing you to unlock more emojis faster.

6. How To Use Those Emojis In Your Messages

Now that you’ve unlocked more emojis in the game, how can you use them on your keyboard? The first thing to do is to be sure you’ve allowed Disney Emoji Blitz to access your keyboard. Go to your keyboard settings, look for the globe icon, and tap-and-hold it. After that, you’re free to select the emojis you want to use, and to make use of them in your everyday text conversations.