It has been half a year since Nippon Ichi Software revealed the mobile release for their Disgaea series. After six long months of waiting, players can now pre-register for the game’s Japan release. This announcement came with a new trailer as well as the reveal of the mobile game’s official name: Disgaea RPG. 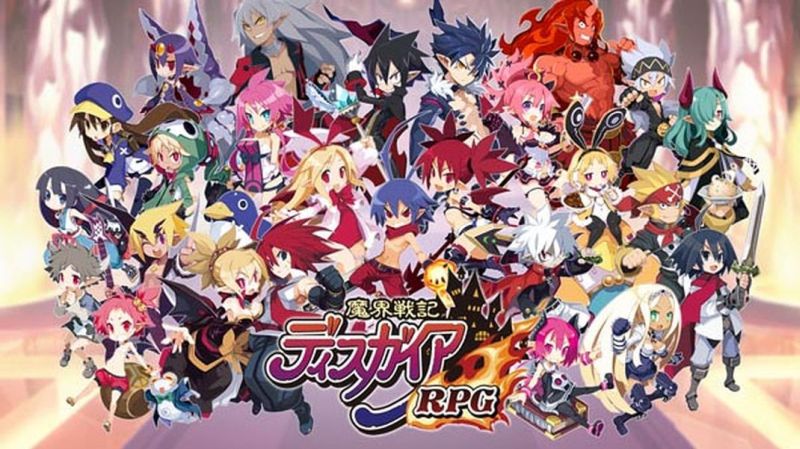 For those who are new to the series, the Disgaea games are tactical role-playing games that are set in the Netherworld. These games are known for their funny dialogues as well as some ridiculous item and skill descriptions. The main characters of Disgaea also usually include antiheroes who are forced to team up with pure-hearted individuals, making for some hilarious scenes.

Disgaea RPG will be featuring all the familiar faces from the series but with an entirely new story that revolves around becoming the Ultimate Overlord. Fan favorites like Laharl, Flonne, Adell, Rozalin, and the adorable, but explosive, Prinnies all make it into the game. Those who are fans of the over-the-top levels of the previous games will be glad to know that Disgaea RPG has retained the Level 9,999 level cap. That means it will be just a matter of time before we start seeing billions of damage in the game.

As with most mobile releases of popular IPs, Disgaea RPG will be utilizing a collect-then-select system. That means players get to recruit dozens of characters from the previous games and choose which ones they would like to include on their team. The game will also be using command-based combat mechanics that have been optimized for smartphones. Players will still get to use cooperative attacks and character-stacking, but with slightly tweaked rules.

While there has been no word regarding the Disgaea RPG’s official release date, the developers have announced pre-registration targets. If at least 20,000 people sign up, all those who pre-registered will receive Fallen Angel Flonne, a three-star unit. The game will be free to play with microtransactions and will be available on both Android an iOS. Those who want to pre-register can do so through the game’s official website.