Diablo, one of Blizzard’s most successful titles, is coming to mobile devices. Rumors and teasers have been floating around for weeks, and Blizzard finally confirmed during BlizzCon 2018 that they will be releasing a full-fledged action RPG for mobile devices called Diablo Immortal. They also announced the beginning of the pre-registration period. Those who sign up early may have the chance to participate in the game’s beta test.

Diablo Immortal’s story is set right after Diablo II: Lord of Destruction. It reveals the events that took place between Diablo II and III, after the world stone was shattered. According to Blizzard’s game designer Wyatt Cheng, this is the perfect opportunity to explore what occurred in those 20 years. 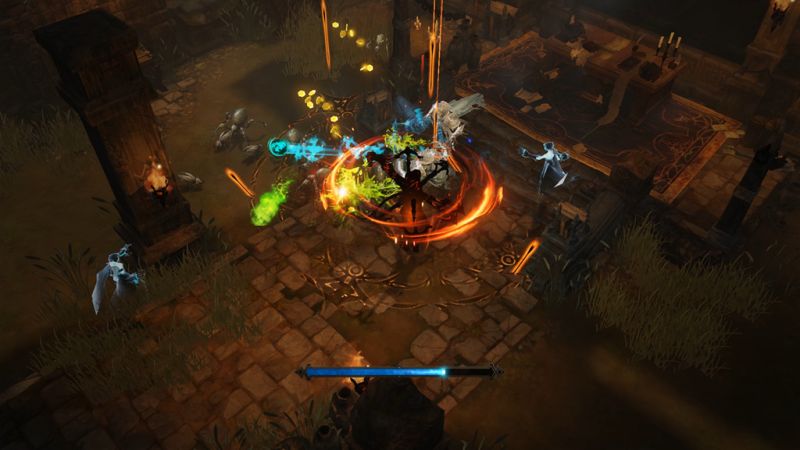 Players can choose from several classes, including the monk, wizard, crusader, demon hunter, necromancer, and barbarian. Each class will have access to 12 skills and can have up to five of these active at once. Players can then participate in dynamic events as they go through the Sanctuary. Those who have already played previous Diablo releases would be glad to know that the game offers a full MMO experience that they can drop in and out of.

Blizzard has collaborated with NetEase in order to create Diablo Immortal. The gameplay is similar to Diablo III, but the class abilities have been tweaked in order to maximize the combat experience on the mobile platform. The game will have eight zones for players to explore, including Zoltun Kulle’s Library and the Frozen Tundra. Blizzard also promised additional zones, characters, and content to be added in the future.

Diablo Immortal will have shared outdoor zones where players can help each other in taking out enemy hordes. There will also be instanced dungeons where a team of up to four players can participate. The dungeons will contain a limited number of monsters, as well as a few bosses with varying difficulty levels.

The game will be available on both Android and iOS devices. Those who want to get a chance to participate in the beta test can pre-register through the Google Play Store.