Game developer 11 Bit Studios has just released a new adventure game for Android devices called Beat Cop. The game features Jack Kelly, an ex-cop from Brooklyn who has been framed for murder and must now uncover the truth from the shadows. On top of dealing with his new boss, putting up with his insufferable wife, and running away from mafia hitmen, he needs to ensure he does his day job well. That includes writing tickets, reprimanding pedestrians, and so on. 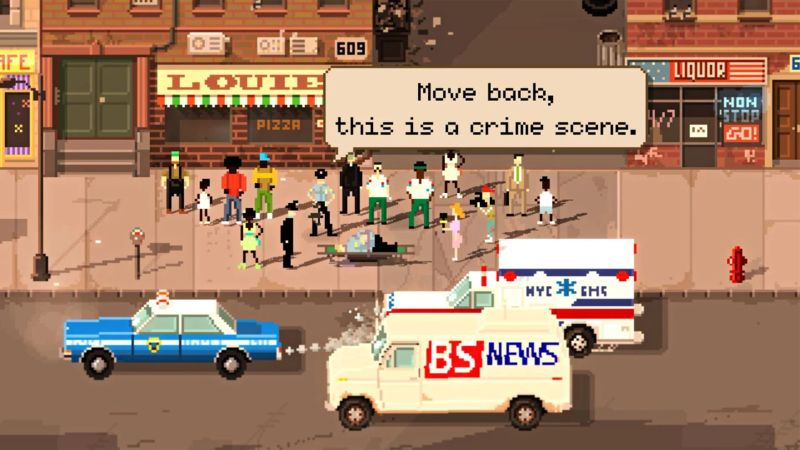 Beat Cop has a nonlinear story that has several possible endings. The game is largely inspired by ‘80s cop shows, so players can expect a lot of underhanded plots and surprising twists. Every choice a player makes can help him solve the mystery behind the murder, or land him on a fast track to an early grave. There is also plenty of action, with shootouts filling the screen with 8-bit blood. Players must tread carefully as they try to uncover the identity of the person who framed them. The developers warn, though, that not all things should be brought to light.

The game is filled with dark humor and violence, which is dialed back somewhat by its retro-style pixel graphics. That does not mean, however, that it would be a good game for little kids to play. Explicit themes such as pornography and drug use are present throughout the game. Players can also expect a lot of expletives weaved into the dialogue. The game’s overall tone is strictly for adults to enjoy.

The game is currently available for download for those who are in Canada. Since no announcements have been made regarding release dates, it is also possible for other territories to have the game as well. Those who are not part of the lucky few who get to play the game now can still head over to the Google Play Store to pre-register.