The series is coming to an end, and with perfect timing, DeNA has just officially launched Attack on Titan Tactics on Android and iOS platforms. This is a real-time strategy game that is set during the first season of the anime series, allowing players to relive the early days before betrayal and despair became the order of the day. The game is only available in select regions for now, including the US, Canada, and Australia. 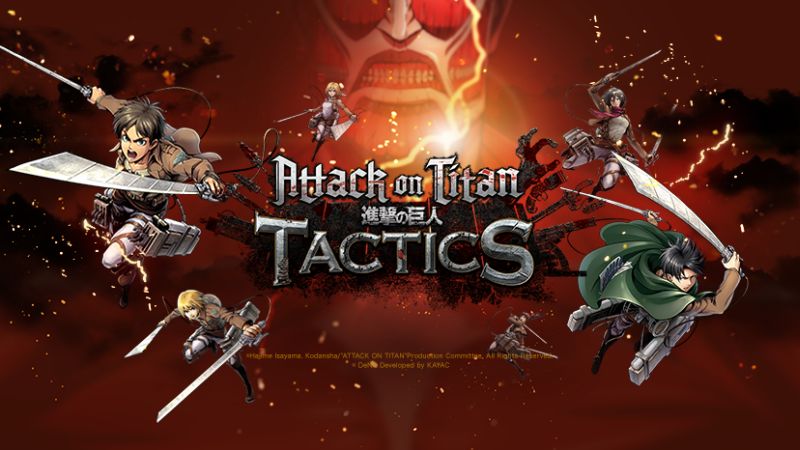 Despite being set in the first season of the anime series, Attack on Titan Tactics still has a few surprises for players. The story explores other events that occurred during that time, giving players a better understanding of the complete picture. Several scenes were written solely for the game and cannot be found elsewhere.

Attack on Titan Tactics, much like the first season of the anime series, is all about defending the Wall from the giant man-eating monsters. Players get to recruit and use some of the most popular characters of the series, including Mikasa Ackerman, Armin Arlert, Captain Levi, and of course, Eren Jaeger himself. There are over 50 characters available for recruitment, with more to be added in future updates.

The launch trailer for Attack on Titan Tactics shows how battles work. Players will have an energy bar at the bottom that slowly fills up. This energy will determine which characters can be deployed. Once deployed, characters will act on their own, and attack any enemies they encounter along the way.

DeNA, in cooperation with Crunchyroll Games, will be hosting an in-game event that will allow players to use the Levi Squad Gacha. The special gacha will give players a random 5-star character from Levi’s original team.

Those who pre-registered for Attack on Titan Tactics will be receiving their 300 crystals as part of the reward for reaching 70,000 registrations. Players must download the game before October 17, 7:59am PDT in order to claim the said reward.

If you are located in the US, Canada and Australia then you can head over to the App Store or Google Play and grab the game for free. No announcements have been made regarding the official release for other regions. For updates regarding Attack on Titan Tactics, you can follow the game’s official Twitter, Facebook, and Instagram accounts.