Following the successful closed beta testing phase, DeNA’s new mobile game, Saint Seiya: Galaxy Spirits has just launched for mobile devices. Saint Seiya: Galaxy Spirits is an exciting action RPG where players get to for teams of five characters. The game follows the story of the original manga as it is officially licensed by Toei Animation and Masami Kurumada himself. 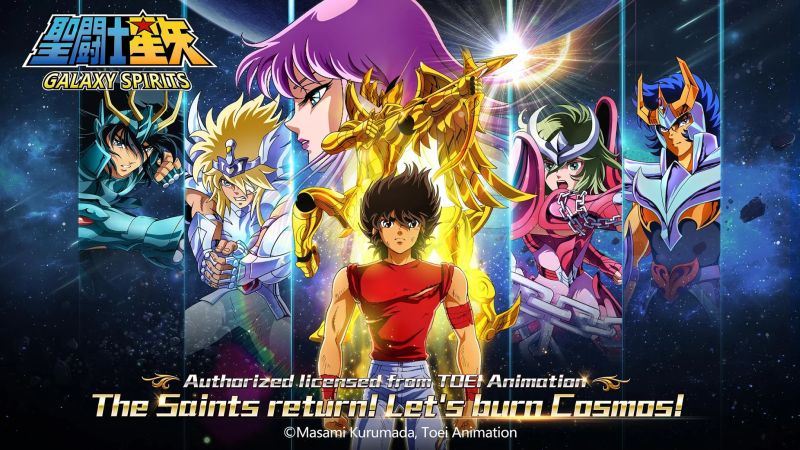 The Saint Seiya manga revolves around an orphan named Seiya who was forced to undergo training and is later swept up in a power struggle between the Pope and other Saints. Saint Seiya: Galaxy Spirits recreates this narrative in exquisite 2D+3D art. All the original characters from the series make it into the game, allowing players to recruit their favorites.

For those who are looking for some competitive gameplay, Saint Seiya: Galaxy Spirits also has some explosive options, including 3v3 battles in the Galaxian Wars. Players can send out three teams, giving them a chance to showcase all their collected Saints. Battles also boast of toon-shading, rigging, dynamic physics that all contribute to exciting combat experience.

Saint Seiya: Galaxy Spirits features a guild system where players can join forces with other players from all over the globe. Guild members must work together in fighting for the Sanctuary. Players must take turns in attacking powerful bosses. Those who succeed will receive greater rewards.

Saint Seiya: Galaxy Spirits is available for download from the Google Play Store and the Apple App Store. The game was developed by DeNA, the team behind popular games like Super Mario Run, Fantasica, and Final Fantasy Record Keeper.