Kiloo’s Dawnbringer is a new RPG for Android and iOS systems, albeit one that has a slightly different and unique setting, as compared to other RPGs. The game invites you to enter the demon-infested realm of Mourngard, a deserted world which you can explore, as you defeat seemingly endless hordes of demons. The game promises a thrilling hack ‘n’ slash mechanic, an engrossing RPG campaign, the ability to craft and enchant powerful gear, and the chance to grow in strength as you continue playing the game. For a point of comparison, you probably may be reminded of Epic Games’ Infinity Blade, as quite a few have noticed some similarities.

Regardless whether you’re a new player or an experienced one, we believe that our latest Dawnbringer strategy guide will be of help, as you push forward, kill more demons, and complete more of the campaign as the story unravels.

1. The Best Offense Is A Good Defense – Parry Those Shots

As important as it is to launch a powerful attack against your enemies, you should also think of the other side of the fence. In fact, we just rhymed it for you there, because we’re talking about defense, as Dawnbringer is one of the many games that tends to put a premium on defensive fighting. If you attack in the same direction just as your enemy’s attack is about to land on you, you will parry their blow, throwing them off their focus for a few seconds. That’s when you can use your defense to set up your offense – counter-attacking, in other words.

Now, you shouldn’t just aim for an ordinary, everyday parry, but a perfect one. It will take some practice, but if you’ve got the timing right on point, you’ll see the words “Perfect Parry!” on your screen. That means your enemy will be staggering (not stunned) for longer than usual, allowing you more time to launch your counter-attack, and also more opportunities to do a lot of damage.

2. It’s Not All Defensive Fighting In Here – Keep Swinging Too

Although we said that defense is more important in Dawnbringer than offense is, that doesn’t mean you should stick to a defense-only, or counter-only strategy. Enemies do not get stunned per se in this game – they do stagger around, but they don’t completely stop moving or reacting. So with that in mind, you should mix up your parries with a lot of offensive moves as well. Keep on swinging, but try not to make it arbitrary slashing; get a good rhythm, and know when to take a break from your swinging an attacking so you can parry an enemy move.

3. Take Your Time When In Battle

One good thing about the fighting mechanic of this game is that there is no time limit. That means you can take as much time as you want or need to chip away at your enemy. Sometimes, it’s best to be patient, and to take out your enemies with several hits, instead of trying to take them out in a few and eventually failing in the end. Going slow and steady also allows you time to duck away and use your potions; make sure you’ve got some potions brewed and on hand so you’re not caught short against an enemy, especially if it’s a boss.

Another key part of RPG battles is scouting, or, in other words, studying the moves of your opponent and getting a good read on them. In here, you should study the animations of each enemy’s attack, as they’re all unique from each other. This might be a bit hard to do, and it may take you a few tries, but eventually, you should be able to memorize what certain enemies do and when they do it. Don’t attack a new enemy right away; you might want to let them attack a couple of times, so you can read them properly and scout their attack animations.

5. Break The Barrels For Rewards

You will, on occasion, chance upon glowing blue barrels while exploring Mourngard. Tap on the barrels to crack them open, and make sure you’re breaking them the moment you spot them. That’s because some barrels hide black iron ash, which is one of the key crafting items you need in order to upgrade your equipment. Aside from the blue barrels, you may also want to crack open the green barrels if you’ve gotten a bit banged-up, as they can restore some of your health.

One more reason why you should break the barrels immediately is the fact that items always change their location if you return to the tower. The barrel (or any other item) you saw in one place the last time will be located elsewhere the second time around.

6. Take On Some Side Battles While Exploring

While exploring around Mourngard, a good general tip to follow is to take it easy and keep your eye out for hidden items, as well as the barrels we talked about earlier. But what if you chance upon a monster that isn’t a part of the quest or campaign you’re currently trying to complete? Go ahead and fight that monster anyway; it may be an optional side-quest, but killing these enemies could reward you with more XP and other goodies, so it’s never a bad idea to take these baddies on.

7. You Should Be Alert While Exploring

Need some crafting materials for your upgrades? Normally, you can refer to your heads-up display to point you to the places you should go, but sometimes, you won’t see any marking on the HUD. You should, however, keep your eyes out for the glowing exclamation points, as they may lead you to the crafting item you need. In relation to this, we also suggest stopping to check out your surroundings for hidden stuff, as opposed to looking out for these items and secrets while you’re running.

8. Grind Before Facing The Bosses

We briefly mentioned boss characters earlier, but to actually expound on the boss fight mechanic here, it isn’t that much different from your usual boss fight. Bosses are much stronger and have much more health points than the usual enemy, so you wouldn’t want to take them on if you haven’t upgraded or leveled up sufficiently. This would require you to go back to levels you’ve already completed, replay the battles, and grind it out for more strength and hit points ahead of the boss fight.

Now that you know about the black iron ash and why it’s so important, let’s talk more about upgrades. Upgrading a piece of equipment would improve its stats, which makes it imperative for you to consistently upgrade the gear you have. You may want to start the upgrade process before bedtime, or if you won’t be playing the game for some time, as these upgrades may take a while to complete. Make the most out of your downtime and set up those long upgrades properly.

Once you complete the tutorial portion of the game, you’ll be able to fight in arena quests. These would pit you against a random opponent, and you will eventually be rewarded based on the number of times you won in arena matches. Arena monsters reset every two hours or so, which means you can regularly check back here within the course of a day, and rack up more wins.

The quests in Dawnbringer don’t always stay the same, so you should always check the quest listing to see if anything is changed. Some quests refresh once a day, and these are the ones that have to be completed within that one day, as there’s no assurance you will be able to do them again in the future. Also, don’t worry if you seemingly don’t have anything to do as far as quests are concerned; you’ll unlock additional quest slots as you continue leveling up and moving forward.

12. Revive Yourself With Some Ad Videos

At some point, your character may meet his untimely end, usually during or after a tough battle. But if your character dies, you can watch a video to instantly refill your health; as such, you want to be playing Dawnbringer with your Internet turned on, so you can quickly get back into the thick of things with these ad clips.

If you choose not to watch the video, or cannot watch the video on account of being offline, you’ll respawn into Mourngard with very low health. That would require gulping a potion to get your health back in the pink, though that’s something you want to avoid in almost every case. 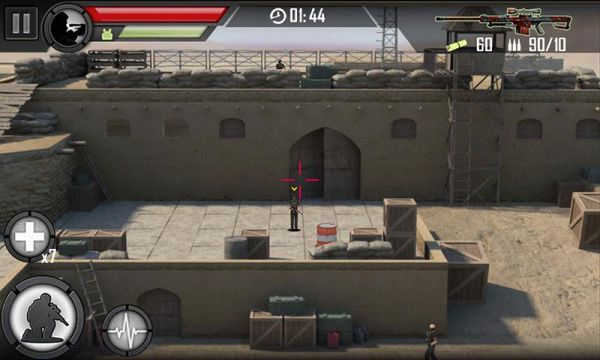 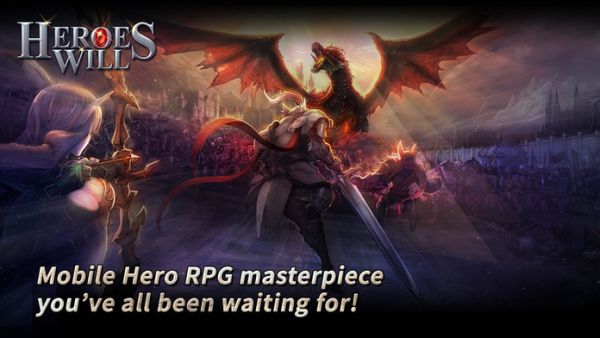 Next
Heroes’ Will Tips, Tricks & Strategy Guide to Defeat Your Enemies
Click here to cancel reply.