Dawn of Titans is a new RTS/base management game from Zynga, with development courtesy of NaturalMotion, the same company that gave us the CSR series of auto racing games. And while this may be a completely different genre from what we know NaturalMotion to be capable of, we see that they’ve done a good job making a fantastic, socially-engaging strategy game for Android and iOS devices. As a refresher of the game’s overview, this game allows you to build your own city/base, manage it and the Castle that serves as your most important building, and attack real-life, human players and their armies as you raid, pillage, and win more and more battles. As usual, you can form alliances with friends or strangers alike, and enjoy all the perks that come with being an alliance member.

Last time around, we gave you a general list of tips and tricks, tips mainly aimed at beginners, but with some tips for battle that you should be keeping in mind. This time, though, we’re going to be focusing mainly on battles in this Dawn of Titans strategy guide. There’s also a lot to learn in the battlefield, and we hope to have all bases covered in this complete guide to winning more battles. So read on if you want to dominate in this game!

1. Before The Battle – What Should You Do?

First of all, you should make sure that you’ve chosen the right opponent. As we said in our general strategy guide, it’s best to go for those weaker opponents, those poorly-defended cities or those without any defense, or if you want a bit more challenge, those who are at a similar level to you. Choose wisely when scouting, and, in most cases, look for the cities that don’t have Titans standing guard, or those without too many troops on defense.

We did mention it briefly in the above tip, but just to remind you once again, do your scouting to inform yourself of the opponent you’ll be up against. Most of the time, you can pull off an easy win if you raid a city that has slightly more troops, or with troops that are no more than one level ahead of yours. But it’s always easier when you scope your opponent out, and know the elemental system that governs the strength and weakness of each unit type against another. If you know which troops have the natural edge over others, you’ll have an easier time winning. And if you need reinforcements, bring them along – we’re referring to your fellow alliance members’ troops, which can be game-changers if you’re looking to capitalize on a strength in numbers.

3. Choose The Right Titan For Each Battle

The Titans, as you may know, are like the team captains of your army, the center of the game and the creatures that lend their name to the game’s title. And when choosing whom to bring along for a tough battle, make sure you’re bringing the best one possible; by this, we don’t necessarily mean the best one in terms of level, but the one best suited for the battle at hand. Also be sure you’re deploying your Titans with relics that could provide a helpful assist for the other units. You can forego the relics if you’re playing an easy battle, as you’ll be able to pick up the easy win anyway.

4. Take Over In The Tougher Battles

Auto Select is all well and good in easier or even in intermediate battles. Let’s admit it – all of us feel lazy at one point or another, and would rather have the computer take care of the grunt work in our stead. But if the battle happens to be a tough one, or if it’s an evenly-matched one that’s too close for comfort, you can always take over. As we said last time, the auto feature in Dawn of Titans is far from being as dopey as the AI-driven features in many other similar games.

5. Use The Decoy / Simple Flanking Strategy

This is another callback to the general strategy guide we had previously completed for you. And when it comes to battle strategies, there are some of those that will guarantee a greater amount of damage, and a bonus for your troubles. The simple flanking strategy we told you in the general guide is one example. And here’s a slightly more detailed version of said strategy, so that you know what to do and when to do it.

The first thing to do would be to have one or two units act as a decoy, going forward while the rest of your troops stand their ground. That will normally force the enemy to attack the decoys who are moving forward. When this happens, direct your other units to the side, and unleash a flank attack on your opponent’s army. This usually surprises them and results in greater damage dealt out, and while it may be fun doing this in easier battles, it’s best used in harder battles where there are more units involved.

6. What To Do If The Enemy Flanks You

This won’t happen all the time, but you will encounter situations where the opposing player may try to pull off a sneak attack with the simple flanking strategy. In this case, you may want to leave one troop behind, or leave your Titan behind if they’ve got good speed. Wait for about two to three seconds, and check to see if there’s a sneak attack emerging from the enemy flanks. If there isn’t any, you’ve got the go-ahead to send your troops off to the thick of the battle.

7. Archers Should Always Be Behind

We all know the deal with archers or other ranged units. They can be quite the squishy type, and they need to stay behind anyway due to their abilities. Likewise, you should have your archers behind in Dawn of Titans, and if you spot spells on the ground, make sure that you go grab them and use them when attacking the enemy; otherwise, they’ll go to waste. And, as a bonus tip, don’t use gems if you’re trying to heal fallen troops or bring them back to life. It’s more cost-effective to train new troops rather than spend in-game premium currency to save their lives.

8. Know Which Shortcut Does What

Want to save time while playing the game? Know the shortcuts and memorize them. For example, you can double tap on any given unit, and that’s going to auto-select all the other units simultaneously. Tap or double-tap a unit if you want to issue quick instructions. Move the unit you’re targeting, but do not drag the line; that latter step is usually best done when you’re working on your first charge. 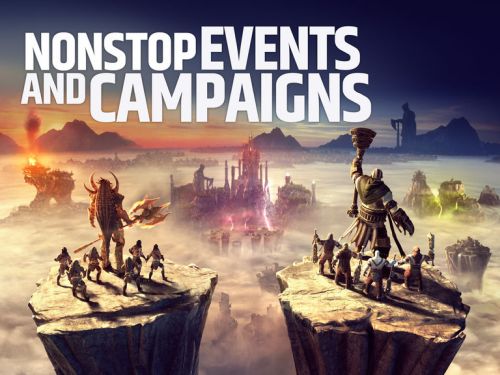 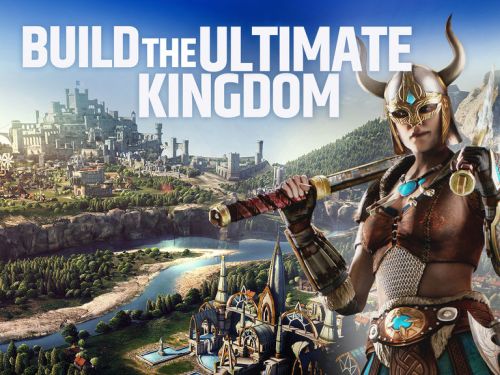