Dawn of Titans is an epic new game from Zynga, developed by CSR maker NaturalMotion, and now available for Android and iOS. What is this game and why has it been such a big hit among gamers upon its release? To tell you more about the game in a nutshell, this is a real-time strategy game where you can use tactical strategy in battling real players from all over the world, or teaming up with your own friends and making new ones, forming an alliance as you capture enemy lands, grow your army, and do more of those things you normally do in RTS titles. You can control thousands of troops, take part in “nonstop” events and campaigns, and equip gear on your warriors to ensure yourself of victory against all those human-controlled armies.

As you can see, this game has become a hit because it’s another one of those social, multiplayer games where the battles you fight are against real human players from all corners of the globe, and not generic computer AI enemies. And like any other game in the RTS genre, there’s a lot to learn, so we’re going to stick to the basics in this Dawn of Titans strategy guide. Many of these tips are designed for beginner players, but we’ve also got some slightly more advanced tips in here that may help you in winning more battles.

1. No One Should Go Hungry

The two primary resources in this game are food and gold. But food is the more important one of those two key resources, because without food, you shouldn’t even be thinking of leading a fighting army out into battle. That’s mainly because troop training requires food for your troops, and your troops will start out weak and squishy at the get-go. Chances are you’re going to lose those troops when you go out to battle, forcing you to retrain and start almost from scratch. So if you don’t want to lose too many troops, make sure you have enough food at all times. Prioritize those food making tiles when you’re raiding lands or capturing new ones. Work on the farms first, and keep those farms upgraded; take advantage of the option to skip waiting times so you can get that food to your troops faster.

Another common feature of RTS games is the Shield, as it’s often called. This is a feature that gives you immunity from opposing player attacks while you’re still very new to the game. But that’s not the only time you can insure yourself from opposing players. You can also gain shields after losing battles. But should you go your merry way and attack others if you’ve got your shield active?

It sounds tempting, but you may be putting a target on your head by attacking so many players while the shield is up. And since nobody wants to be raided more frequently than others, a better idea would be to use shield time to procure resources, train troops, upgrade buildings, and do other maintenance tasks around your city.

You want to get 1,000 Victory Points in the game as soon as possible, and that’s so you can join an alliance at the first possible opportunity. We probably don’t need to hammer home this point, but in RTS games/base management games with social features (which is practically all of them), you should be joining an alliance, and making sure it’s an active one. If the alliance you join turns out to be inactive after all, or if you see a lot of members dropping out, you can change alliances at a later time. Visit the chat function so you’ll know which players are recruiting new members to join their alliance.

What benefits can you get by joining an alliance? To name a few, these include the option to ask for reinforcements to help you out in battle. That’s already a big boost in itself, though you should make sure to return the favor if your fellow members need help.

4. Keep Hoarding More Gems, And Don’t Spend Them Early On

Gems are the game’s premium currency, and with that in mind, you shouldn’t be spending them willy-nilly. In fact, we even recommend that you hang on to them for as long as possible, and keep adding to your gem totals whenever possible. Like most premium currencies, gems are hard to acquire, and the best items you can buy with them happen to be quite expensive.

So when should you stop hoarding gems? Your mileage may vary, but we recommend waiting until you’ve got about 1,000 to 1,500. That’s the amount of gems you need to build the second builder, and you will want to have that structure up as soon as possible. If you’re able to work on or upgrade two buildings at the same time, you’re saving a lot of time in the process. And just in case you’re thinking you can get a second builder by paying coins, you would be wrong; the only way to have one is by paying gems.

5. Be Prudent When Using Your Relics

Relics can be used as equipment for Titans or on buildings. For the former type of relics, they can be very essential to any Titan, particularly the most powerful one that you have. When equipping this top Titan, may it be your most leveled-up hero or the one you use most frequently, you want to give them the best piece of equipment available. Also assign a Titan for the specific purpose of defending your city when you’re not playing. And feel free to switch equipment around if needed. For instance, armor-boosting Relics may be more useful to faster Titans. Damage-boosting Relics, on the other hand, are probably best used by tank-types who soak up a lot of damage but don’t inflict enough of it.

Remember that this is an RTS game not unlike Clash of Clans, Clash of Kings, and their ilk. You can’t expect to have success in this game if you just sit there building your base and doing maintenance tasks. You should also attack other players – they may not be the enemy in the real world, but in this game, they ARE the enemy. But be prudent when attacking; typically, you should be targeting those players with poorly-defended Castles, or those that aren’t defended at all. You should also attack players who are flush with resources, because once again, food and gold are both important. Look for the opportunities that would give you the biggest gain once everything is said and done.

You should also be aware that the players you attack may take revenge and attack you in retaliation. Keeping this in mind, utilize your resources fully once you’ve raided another player, because you just might lose those resources when somebody raids you. And for your part, be sure you’ve got some high-level troops and Titans to defend your city while you’re out.

7. Why Should You Complete The Campaign?

We’re glad you asked. While the Campaign may be quite time-consuming and take you quite a long time to complete, you should be chipping away at it whenever possible. The good thing about this is that completing Campaign missions can give you some gems as a reward, and also allow you to unlock some great stuff that may aid your progress, including, but not limited to, new Titans and new spells. But since things can get difficult in the Campaign (even if you’re facing AI enemies), you can go back to the main mode, upgrade your army, level your Titans up, and return to Campaign once you feel that you’ve got a better chance of completing the mission you failed.

Why is it so important to capture Resource Islands in Dawn of Titans? Just look at the name of the islands and you’ll know why. Resource Islands create additional resources or other useful stuff for you and the betterment of your Castle. So when possible, go capture some Resource Islands, and capture the maximum number of islands required at any given time. Also make sure you’re trying to defend these islands from raids once you’ve captured them. Start out with the gold and food-producing islands, then move on to the other types. Also upgrade your islands whenever you could, as that can both bolster defense and allow your Castle to produce more of the good stuff.

9. Defend Both Islands And Castle Alike

The good news is that all the islands and your Castle have some default defenses. The bad news? They won’t suffice – they’re just stock, and you know how the deal often is when it comes to “stock” defenses. That means you should work toward improving them by adding more Titans and troops for defensive purposes. And if you’re going to be gone from the game for an extended period of time, you should assign all available Titans to defensive outposts. You can always remove them and have them fight alongside you in battle once you start playing once again. Your best Titan should be the one defending your Castle, or in some cases, any island that you covet more so than others. Work your way down in terms of the Titan’s strength and the importance of each island. While there are a lot of players who don’t defend their islands and Castles like they should, it’s important that you shouldn’t be like them. You need a good defense, especially if you won’t be playing for a while.

The heart of the game is player vs. player battle. That’s part and parcel of almost all games in this genre, and you should always be scouting the enemy. Look at the troops you’ll be up against, and make sure you’re checking for the type of troop. Don’t attack if you see that the level of the troops is much higher than yours. And if you see there’s a Titan among the defenders, proceed with caution. But don’t just scout your enemy; have a good knowledge of what you have at your disposal. Know your troops’ strengths and weaknesses, and keep the elemental hierarchy in mind. For example, Archers are good in ranged combat, but are weak against Militia. Militia, as we mentioned, is strong against Archers, but have their own weaknesses when it comes to troop types.

11. You Can Trust Auto Select

Usually, when talking about auto-features in these games, it’s usually a bad idea to rely on them. But the auto-select feature in this game appears to be smart enough. Hit the auto-select button before heading off to battle, and the computer will do all the dirty work for you. You can have the auto feature on if you’re up against especially weak opposition, or even those players that are slightly weaker or on a similar level to yours. But if you’re up against a tough opponent, you can turn auto off and do the selection yourself.

Auto or no auto, you want to pay close attention to the battle. Practice changing your instructions on the fly as the battle rages on, and micromanage your troops whenever possible, putting your Titan in the heat of the battle and issuing instructions to everyone as you go along.

12. Use A Decoy Troop In Harder Battles

This is a particularly useful tip for those harder battles in Dawn of Titans. Send off the troop with the highest health, and have them act as a decoy, with the rest of your troops lying in wait. Just wait until that decoy troop lures the enemy over, and spread your other troops as much as you could, moving them to the sides. This results in a simple flank strategy where your troops can sneak-attack those of the enemy. Make use of the element of surprise and enjoy the damage bonus that comes with pulling off this sneak attack. 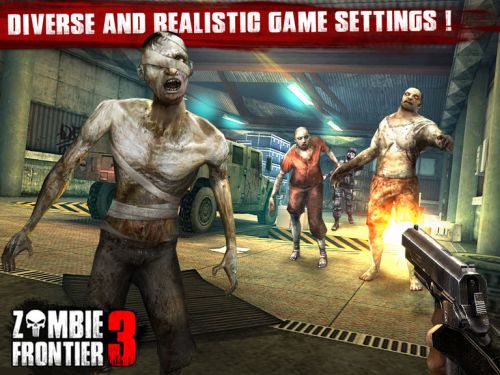 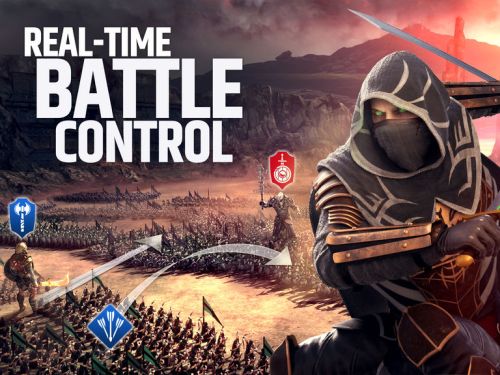