This Game Studio has released a new title for Android and iOS called Chaos Battle League, and while you might not get the usual vibe you’d get from games of this kind, it promises its own twist on multiplayer tower defense games. You can collect and upgrade “tons” of characters, defenses, and abilities “across history and legend,” as you defeat human-controlled enemies, dominate the league you’re in, and climb the leaderboards to win some nice rewards. But apart from the tower defense mechanics that are at the heart of the game, this title also qualifies as a TCG of sorts — a trading card game — as you can trade cards once you join a guild, then work together with your guild mates to complete more quests, unlock more perks, and move up the rankings.

If you come to think of it, this game is very similar to Supercell’s Clash Royale, as it comes with some fast-paced, intense battles against real players. But if you haven’t played that game, or if you’re a beginner who’s downloading this all-new title for the first time, we strongly recommend that you check out our Chaos Battle League strategy guide. We’ll tell you all about the cards that matter, and the strategies that should serve you well in the early stages of the game.

1. Make Sure You Know Your Troop Cards

The game makes this pretty clear in the description — the troops in Chaos Battle League come from different periods and eras in world history, and could also be legendary characters. That means each of them have their own unique skills, strengths, weaknesses, and movesets, and it’s imperative that you familiarize yourself with them. Read up on every individual troop card you can get your virtual hands on, and learn those strengths and weaknesses — this could mean learning the types of troops they can target, whether they specialize in ground or air attacks, etc. You also want to familiarize yourself with their durability, agility, strength, and other stats. Remember that this is not just a tower defense game, but also a TCG/CCG — you need to research carefully if you want to build the ultimate deck in this game, and familiarize yourself with each and every card, especially the troop cards.

Troops aren’t the only type of cards in Chaos Battle League. You’ve also got your building and spell cards, and you can mix and match these different card types when building your deck.

Troops, which we had talked about in the very first tip, are the most common, basic type of card you can collect. Their responsibility, of course, is to march toward the enemy base and attack it, and their efficacy is determined by their rarity, their stats, and their special abilities.

As this is a tower defense game, you’ve also got Building cards, which are your defensive structures. They typically have more than one responsibility in the game, and you may encounter some building cards that spawn new troops, or work like smaller turrets. The Tavern is an example of a building card that does the former; as you may expect, it’s a good meeting point for Buccaneers, and could generate them at times.

Spells, lastly, are ability cards — these are instant-use cards that could wreak a lot of havoc on the enemy. Some spells are designed to deal out damage against buildings, others are designed to work against troops, so make sure you’re using a spell that matches the target you’re aiming at.

3. You Need To Have A Balanced Deck

Now it’s a general rule that you should covet those rare cards, which typically have better stats than the common ones. But just as it is in other TCGs, you shouldn’t pack your deck exclusively with high-rarity cards. Remember that the rarer the card is, the more energy you’ll need to spend to summon it. And if you’re all out of energy, you might end up getting left open and vulnerable to enemy attacks! That means you should strike the delicate balance between having high-energy, rare troops in your deck, and lower-energy, lower-power, common cards. We already explained why it’s not a good idea to have too many rare cards, but if you’ve conversely got too many commons in your deck, you’ll be left with a creampuff lineup that can’t mount a substantial attack, especially against tougher opponents!

This is probably a standby tip for every TCG game out in the App Store or Play Store. But when it comes to games like these, you shouldn’t hesitate to experiment, to mix and match cards until you find a combination that works for you the best. Don’t be discouraged if you don’t enjoy a lot of success in your first few battles — you’ve got lots of time to climb up the leaderboards. Use those first few days of gameplay to experiment, mix, and match, and once you’ve found a strategy that works, then stick to it.

If we’d suggest a beginner strategy, you might want to have a tanky troop in front — a troop that has a lot of health points to soak up damage, and just the right amount of damage to support your other, squishier troops that do the bulk of the damage from behind.

5. You Should Always Have A Toastr To Open

The game allows you to unlock a free TOASTR for new cards every few hours or so. You might want to have your notifications turned on, so you’ll know when the TOASTR is ready, and when you could add another card to the queue. Some TOASTRs can take a maximum of three hours to unlock, so make sure you’ve got those notifications turned on; as long as you’re up and awake, it’s highly recommended that you have a TOASTR on queue.

That’s all for now folks! We hope you’ve enjoyed our set of tips and tricks for Chaos Battle League. If you have anything to add, please let us know below in the comments! 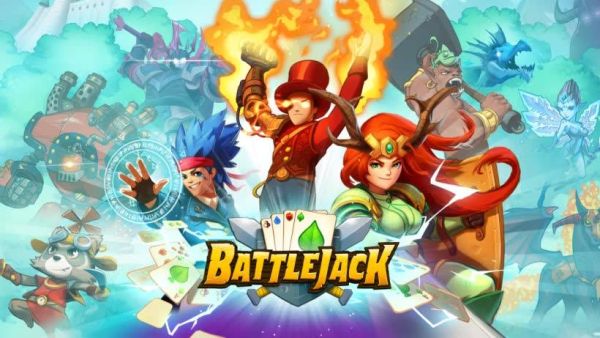 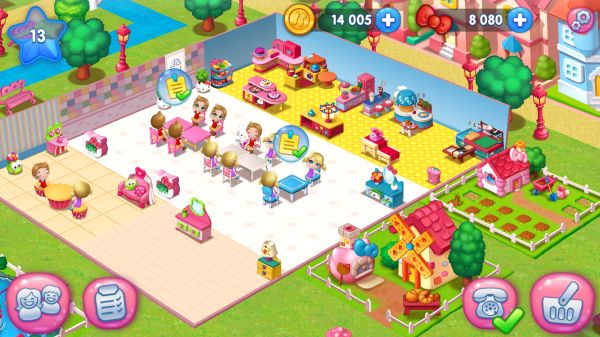