Chaos Battle Hero is a fairly new MMORPG by Softmax with some pretty cool MOBA elements. Its features are quite similar to your usual MMORPG/MOBA, as you can gather and train as many endearing and unique characters as you can.You can invade opposing players’ castles and gather some loot, take part in MOBA battles in the Colosseum, and take part in other game modes such as the Battlegrounds and Hell Gate.

So what else do you need to know about this game? The basics, that’s what, as well as some other advanced strategies that may help you if you’ve been playing for some time. We’ll give you both of those things, as we now bring you our exclusive Chaos Battle Hero strategy guide.

When it comes to games of this kind, knowledge is power. You can go to the World Map and research each hero’s statistics, skills, and backstory. And as you play each stage on the World Map, you’ll learn more about these heroes, as well as the broader story that Chaos Battle Hero revolves around.

2. Make Your Heroes And Equipment Better

The Hero Pieces you earn while playing the World Map levels could allow you to create quite a formidable hero of your own. In addition, the Hero Pieces also allow you to evolve existing heroes. Once you’ve evolved your heroes, they’ll be far more powerful, allowing you to gain that crucial edge in subsequent battles.

Then again, a powerful hero isn’t worth his or her salt if he or she doesn’t have a weapon to match their power. If you want your heroes to be able to conquer levels with extremely tough enemies, you want to upgrade their equipment too. Equipment can be leveled up to a maximum +5, and if you’re using the same class, that threshold increases to +7.

If you’re interested in enjoying Chaos Battle Hero in its purest form, there’s really no escaping the social elements of the game – we’ll deal more with that in our next few tips. But what we’re trying to say here is that you’ll want to join a guild and reap the benefits of joining one. For example, you can exchange meat and send/fulfill requests to/of fellow guild members. You can also chat with other guild members – who knows, your online buddies might even become real-life buddies if you follow proper netiquette while you’re part of a guild!

The Hell Gate (not Hell’s Gate, apparently) is a series of dungeons that you can enter every day. Each time you clear this underground dungeon, you’ll earn some nice rewards, though before you enter Hell Gate dungeons, you’ll need to make sure you’ve met the requirements. For example, one dungeon may require you to have a certain type of hero before entering.

5. Go For Higher Rankings In The Battlegrounds

The Battlegrounds are one of two MOBA-style game modes that you should take part in if you want to make the most out of Chaos Battle Hero. Choose a maximum of four heroes to face the teams of other human players, and always fight to win in this game mode. Rankings change on a daily basis, and the higher your ranking is, the better your rewards will be each day.

6. Rank Higher In The Colosseum

Moving on to yet another game mode where ranking high will be in your best interests, the Colosseum is another multiplayer online battle arena that will put you in charge of Golems and have you pit them against other human players. Try to inflict as much damage as possible against opposing Golems and kill as many of them as possible so you can earn more Golem Stones.

7. Play In The Adventure Mode

Yes, we’ve got another game mode to explain, and it’s called Adventure Mode. This mode comes with eight teams and 80 stages all in all, with each of these stages having their own requirements. That means you will also need to have specific heroes in order to enter Adventure Mode’s stages. After completing each stage, you’ll be given a star rating; the higher your rating is, the better your rewards will be.

8. When Out Of Money, Go Plunder

Joining a guild and reaping the benefits of guild membership is all about helping yourself and helping each other – lots of warm fuzzies there. But on the flip side of things, you can also plunder other users if you’re out of cash. Just bear in mind that you’ll have to re-conquer a city that’s already been conquered if you want to receive taxes; cities plundered by other players won’t earn you any tax money.

This is our collection of tips and tricks for Softmax’s MMORPG, Chaos Battle Hero. In case you know other hints, that we haven’t included in this guide, don’t hesitate to share them with us! 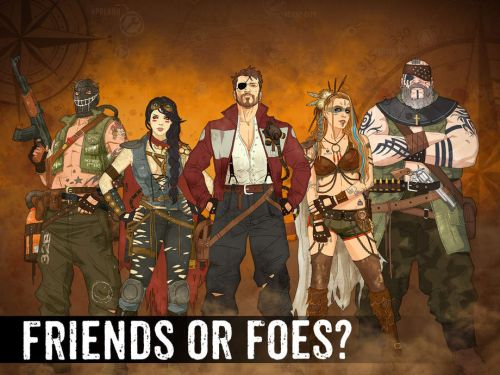 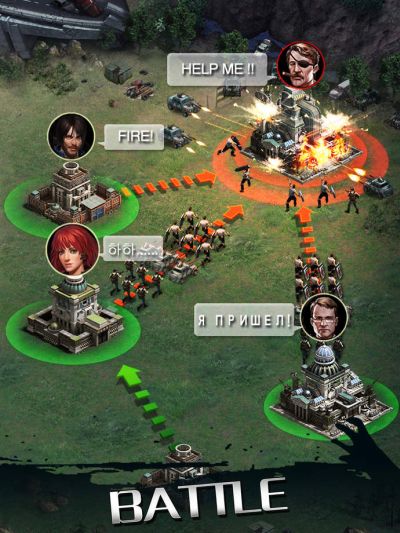