Chain Quest is a recently-released iOS RPG puzzle game from Maximilian Opitz, but compared to other role-playing titles, this game is considerably simpler, with a definite no-frills approach starting with the retro graphics. You can choose from three different heroes, unlock up to 50 unique skills, develop and customize your hero any way you like, and defeat your enemies in an innovative puzzle fight system. You can also recruit different monsters and have them serve as your “pets” in battle, and challenge your friends in the game’s local multiplayer mode. However, this is a paid game, which means you don’t have to worry about spending real-life money to get ahead; there are no in-app purchases or hidden costs in here.

Even if Chain Quest is simpler than your average RPG, that doesn’t mean it’s a game which you can pick up the very first time you play it. Join us as we bring you a detailed Chain Quest strategy guide, which includes all the tips and tricks you need as you figure out the game’s puzzle mechanics and enjoy more success in battle.

At first glance, this game may seem like one of those dime-a-dozen hybrids of RPG and Match 3 gaming. Not necessarily so, as the “chain” in the game title refers to creating a chain of pieces with the same design and color. Vintage Match 3 principles aren’t applied here, and to simplify things, what you want to do here is to chain together pieces of the same kind that are connected to each other.

We also recommend that you do NOT skip the tutorial mode of this game. You can also replay it at any time should you have any questions in mind about the game mechanics.

2. Keep A Close Eye On The Swords And Shields

Why should you pay closer attention to the swords and shields located on the chip wall? To put it in simple terms, looking at them will give you an idea of when the wall will move. Apart from the first, this is the most basic of the basic tips, so in case you missed it the first time around, always focus on the swords and shields on the chip wall.

3. Defense Is Important, So Build It Up

One of the game’s rather odd mechanics is that you aren’t able to regenerate any health. But what you can do instead is to replenish you defense and resistance with shields and scrolls respectively. When leveling yourself up, always focus on these two – defense and resistance – even a little bit. Without any option to regenerate health, you’ve got no other choice but to roll that way.

Speaking of defense, and moving on to the topic of pets, we cannot underscore how important it is to have strong defenses here. In this game, you can say that defense is indeed your best offense. If you’re having difficulty with the chip wall, you might as well recruit the Stag or the Troll. The Troll, for instance, is able to transform one scroll and staff into a shield and sword, giving you a bonus of two wall power points – you’ll only be able to unlock it at Level 50, though. The Stag, on the other hand, unlocks at Level 33, and is pretty much there for general defensive purposes.

Also, make sure that you level up your pets/companions faster so as to maximize their effect. And as a bonus tip, you’ll want to choose the Rogue when selecting heroes, as he is able to convert chips to runestones, thus making him potentially more reliant on companions than other characters.

5. Activate Your Debuffs When You Collect Chips

Debuffs, for those who are unfamiliar with RPG terminology, are the opposite of buffs – they reduce somebody’s passive skills, either permanently or for a specific period of time. So with that said, you will want to activate your debuffs right when you collect the chips needed for the task. One basic example would be reducing the defense of your enemy before you proceed with your attack and chain some swords together. With the defenses weakened, that will make your attack significantly more powerful.

6. Chip Transformation – Why Do You Need It?

Sometimes, you’ll have a character in mind whom you want to work on – it may be turning that character into an elite melee fighter, for instance. If all your chips are scrolls or staves, you can use skills that convert magical chips into physical chips, or vice versa. One example of these skills is Sharpen, which turns five staves maximum into an equal number of swords.

7. You Can Also Combine Skills

If you’ve been playing the game for a while, you may want to play around with skills and combine them. But before you combine skills, you’ll want to be sure that you’ve got enough skill charges. And you should also make sure you’ve got enough of the chip you want to use when blending those skills together.

8. Use Multiplayer Mode To Test Strategies Out

As opposed to other RPGs, multiplayer mode is where you’ll want to play around with skills and strategies. If you run into a skill you aren’t familiar with, multiplayer will allow you to test it out to your liking, without any fear of your hero getting killed; both modes are distinct from each other, so if you die in multiplayer, you won’t be affected in regular mode, and vice versa.

9. About The Usefulness Of The Dispel Skill

The Dispel skill can be used by your mage to take care of any chips that may be on fire, poisoned, or suffering from similar “cursed” effects. Use that skill and it will remove all effects on chips and characters. Don’t panic if you notice something funny happening to your chips; all you need is the Dispel skill and all will be good. 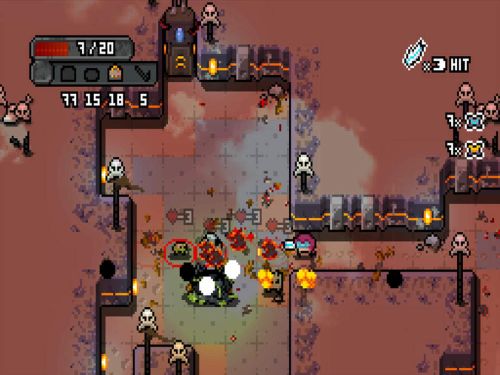 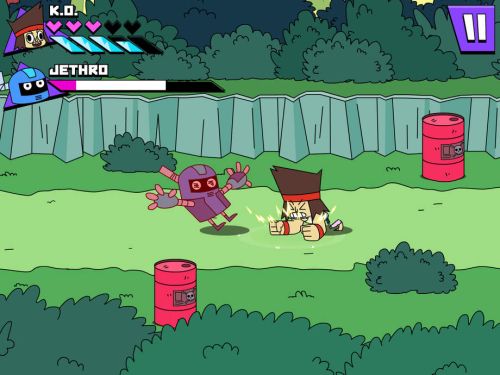