Card Thief Tips, Cheats & Guide: 7 Hints to Make Good Use of Your Stealth

Card Thief is a new iOS game from Tinytouchtales that’s described as a solitaire style stealth game played with a deck of cards. In this game you’ll be go through a deck of cards like a stealthy thief, as you move around through the shadows, extinguish torches, and steal treasures and other goodies, all without getting caught. As for the features, you can enjoy solitaire-style gameplay, take part in four heists each with varying types of enemies and obstacles, collect up to 12 equipment cards which you can upgrade, and engage in tactical strategies that you won’t be able to engage in when playing solitaire like you normally would.

This is an exciting new mobile game with an interesting premise – not only do you play a card game that isn’t unlike solitaire in more ways than one, you’ll also be playing a game with card collecting and deck building mechanics, not to mention a lot of stealth. So how do you play this game, and how can you steal more cards and goodies, all without getting busted for your crimes? Read on, as we shall cover all of this in our Card Thief strategy guide.

Before we move on to the more difficult and challenging aspects of the game, we should start out with something very basic – there is no time limit when making your moves, so you can take as much time as you need and not rush through things. Remember that there’s a lot of strategy involved in this game, so you wouldn’t want to jump into any rash decisions. Take time to learn what each card means, so you know how to play them and when to play them. But what basics cards should you be playing, or may be playing more often than the others?

2. A Guide To The Basic Cards

Talking about basic cards, Barrels may be one of the best cards to play, especially on. If you land on a barrel, you can benefit by getting your Stealth refreshed to a perfect 10. As you try to move along and do your deeds unscathed and undetected by anyone around you, you’ll want to have as much Stealth as possible, and those barrels will refresh it instantly. You’ve also got Feet, which could give you a small Stealth boost; try to land on them if there aren’t any barrels within reach. Again, it’s all about keeping your Stealth as high as possible, and taking out guards as quickly and as stealthily (that word again) as possible, as opposed to swapping places with them.

As a bonus basic tip, you should be trying to extinguish the torches. While they may provide light and help you see your way across, they could also make your enemies stronger.

3. How Do You Know When Guards Are Watching You?

One of the main things to remember while trying to be stealthy is to avoid getting caught by the guards. So how will you know if there’s someone nearby watching your movements and looking your way? It’s simple – the only way would be for them to be looking in your direction. Look at the direction a guard (or guards) is/are facing so you know where to go and where to make your move. Also monitor the eye icon on top, as that will notify you if you’re being watched.

4. Try Not To Get Caught

In relation to the third tip, as well as the other two tips above, you should make it your mission to avoid reaching zero Stealth. Once you reach that level or less and a guard somehow sees you, that’s the end of your run as you know it. But if you have more than zero Stealth and this stat goes down to zero thanks to the guard you just sneaked past, you’ll also be captured, and that will also be the end of the game.

If a guard gets suspicious, they will start following you, but the good thing here is that they’re only capable of moving one space at a time. Don’t worry about getting caught right away – as long as you know how to respond to their reactions to your moves, you should be safe.

We frequently talk about the importance of defense in the games that we cover – while it’s all cool and flashy to be an attacking-type player, defense wins games just like it does in the world of sports. So with that in mind, you should keep things as balanced as possible, or better yet, employ a defensive-oriented strategy. Remember as well that you don’t always have to take out all of the guards. Again, defense comes into play here – take out the torches instead and grab whatever treasure you can find. You want to clear cards that could benefit the enemy instead of brute-forcing your way through them.

6. How To Deal With Treasure

You can, as we explained in the game overview, collect treasure chests. But don’t pick them up right away. Why, may you ask? Well, if you hold out for as long as possible and don’t pick up the treasure just yet, you can get some great loot; the longer you hold out, the better it gets. We’d suggest collecting the treasure at the last second, instead of right away, but when it comes to using it, make sure you use it after each run. Go to the equipment page after pressing the corresponding icon, and you’re set; you won’t have much equipment in the early goings, but you can certainly add to it with the treasure you collect. Treasure chests also come with insignias, which you can use to unlock equipment, but they tend to be quite rare.

7. Be Patient When Unlocking Stuff

You may be excited to unlock more goodies while playing Card Thief. However, you may have to play for quite a bit before you unlock anything, much less anything of substance. You may eventually get to unlock stuff such as the arrow that you can use to throw the guards off and distract them, as well as other great items, but again, patience is the key. And speaking of patience, we would recommend hanging on to your bonus stealth card and using it only when you truly need it. When on a run, it could help you get out of a tight spot, so don’t panic and use it much sooner than you have to.

That’s all you need to know to succeed in Card Thief. If you have additional tips or tricks for the game, feel free to let us know in the comment area! 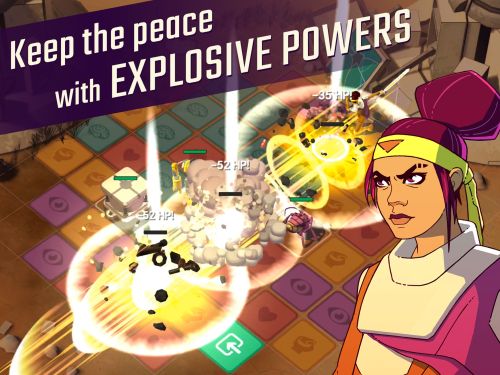 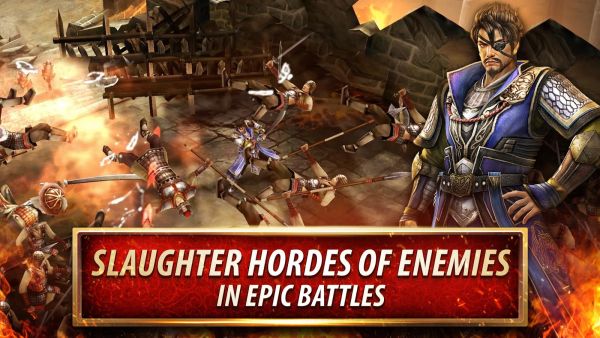 - If you remove cards by stepping on them while still in posession of enough stealth, they are replaced by other cards (this is obviously how you play to the end of the deck). Keep in mind, that the guards that survived your effort will move 1 spot in the direction they're facing if there's an empty spot there! You can use this to approach them from behind (opposite of the direction they're facing). If you do this while they're in the dark, not only will it not cost you stealth points, it will make you (possibly lots of) gold!

- In addition to the previous: if you remove a source of illumination from behind a guard while they're facing the other way and it leaves them in the dark, they won't turn to see you (which is what usually happens if you take away the light)! Again, no stealth points lost, and more gold to be made.

- The game doesn't mention a few things in the tutorial. You'll figure it out soon enough, but to save you some time and effort: 1. You can move diagonally. You probably figured this out already quite some time ago, but just to be sure. 2. The insignia's (or insignii) you get, you keep. You don't 'spend' them, it's more like a level than anything else. So as soon as you get them, unlock your new ability cards with the guild master! 3. If you've met the number of insignia's you needed for unlocking it all, you won't get any new ones through chests. This makes sense, since there's nothing more you could spend them on either. So, after you've unlocked the first castle and the ability cards corresponding with the insignia's you get from that specific castle, the chests from that castle will only contain trash! Of course you can still beat your high score, practice, unlock upgrades to skill cards, try out new skill cards or just enjoy that level/castle, but you don't have to do it for the treasure! To unlock new cards, move on to the new castle and get that treasure hunt on!

Have fun, and other tips are welcome! I have no idea how people beat the daily heist (let alone reach their insane high scores), which is why I was looking for tips in the first place.