Bully: Anniversary Edition is an Android and iOS remake for the classic game, Bully, which was released ten years ago and developed by industry giants Rockstar Games. It was originally released on PS2 but has now been re-released with upgraded graphics and re-done touch controls. You play the game as Jimmy Hopkins, a little brat who has been forced by his step-father to attend a truly terrible school called Bullworth Academy. You have to navigate life in this tough school, balancing school and the various cliques that populate Bullworth’s hallways. Bully is basically like a mini version of the popular Rockstar series Grand Theft Auto, so if you’ve played that you will be fairly familiar with how Bully works.

So without further ado, here are some tips and tricks to rule the school!

1. Know How To Stay Out Of Trouble

As mentioned earlier, Bully is fairly similar to Grand Theft Auto, which means the basic premise of the game is identical. You can commit “crimes” e.g. stealing or fighting, which will increase your trouble meter (as opposed to the wanted meter from Grand Theft Auto). As these crimes start stacking up your trouble meter will increase, but if you wait a short while without doing anything bad then it will go back down again. If your trouble meter gets too high then enemies will come chase you and bust your sorry behind. In particular, prefects, as well as adults, which are represented by red dots on your radar. Make sure you stay out of their way and run and hide if they come for you, because being busted can be a pain. There are a number of places you can hide if you’re being chased e.g. port-a-potties or trashcans, where you can hide inside and peek out of. But the AI isn’t stupid so make sure you are out of sight first, otherwise whoever is chasing you will simply reach and pull you out. If you are running, you can also jump continuously which will make you go slightly faster if you time it correctly. Although it will make you look ridiculous, it can be useful for getting out of bad situations quickly.

Bully is a game about school, which means that you will actually need to attend classes, because that’s what schoolkids do! In order to mimic life at school, Bully adopts a timed system, with a clock that determines what is going on at any given time of the day. Make sure to keep on top of what classes you have going on throughout the day so that you don’t miss any by accident. Classes are fun little mini games that can give you good status boosts, so make sure to get as many of them out of the way as you can in order to get a strong early-game start.

English class is fairly easy as all it is, is just making words out of the letters you are given, which should be no problem to anyone who has played scrabble before. Doing English classes will help improve your apologies, with English 5 even letting you get away with police apologies. Chemistry classes are button mashing mini-games which are randomized each time, but with enough practicing of rhythm games you can ace them no problem. Shop class is quite simple as all you have to do is follow the actions you see on the screen. This will net you some bike upgrades which will allow you to cruise the school in style. Gym class is more mini games, which will help out your combat by giving you new moves to use on other kids in school. Photography is also a slam dunk, just follow the instructions and you can’t go wrong. If you find yourself unable to take a proper photo, try to change your positions or even re-enter the area. Finally is art class, this is actually a revamp of an ancient arcade game called Qix. The basic idea is that you need to draw a square with your paintbrush, this will seal off the box you just draw and give you control of that area. Make sure to avoid enemies when you are drawing otherwise you will lose a life, just make sure to capture the majority of the area to win the game (about 80% of the area should do it). As the class progresses the enemies will get faster and you will get slower, so make sure to have the technique down for later levels. Art classes will improve the health gains from kissing and even allow you to kiss a girl without giving a gift (only if you pass Art 5). So turn yourself into a Casanova with Art class and refill your health in between beatings.

3. Use The Authorities To Your Advantage

It was mentioned above that being busted is actually a royal pain, but there are ways in which it can be used to your advantage. Generally, when you are caught by authority figures you will be able to escape by performing actions onscreen, but keep in mind that if your trouble meter is full then there is no escaping, so don’t hit girls, okay? When you are caught, your projectile weapons will be taken from you, and depending on who catches you and what time it is, you will end up in different locations when captured. If a prefect or a teacher catches you during school hours then they will take you to whatever class you had scheduled at that time. If it’s after 7:00pm then you will be taken back to your dorm, any other time, you will be taken to the principal’s office. Don’t forget that every three visits to the principal’s office will land you in detention, so try avoid getting caught if you can help it.

But what use can being caught do you? Well it’s mainly for if you want to get somewhere really quickly. If there is a class that you want to attend but is too far away or you simply forgot where it was then you just get busted and get yourself dragged over there. Jimmy is also still a young growing boy so he will pass out from exhaustion at around 2:00am, which is fine, but if you pass out and you’re not in a building then you could be robbed. So, if you want to get to your dorm before you pass out, just do something bad and off you’ll be! If you can spare it, the authorities can help you teleport around the school or map if there’s somewhere you need to urgently be.

A large part of Bully involves fighting it out with other kids for dominance of the school or simply for survival. Each clique has its own style of fighting and if you pay attention to how they roll then it will allow you to gain the upper hand if they try to jump you. The nerds are the weakest fighters around so you won’t have to worry about them too much. Their health bars are slightly larger than girls’ so they are easy to beat up. None of them use any kind of grappling moves, but they do carry weapons e.g. stink bombs, with infinite ammo, so knock them out to get a quick refill. The preppies are a lot tougher than the nerds as they use boxing to fight you, also complete with dodges and even counterattacks, so always stay on your toes when fighting them. Note that if you are fighting them from a distance they will pelt eggs at you.

The greasers are tougher than the preppies and have fairly mixed styles of martial arts fighting. Some of their kicks can break your guard if you aren’t careful, also make sure to time your counterattacks well as they are the faction that blocks the most when fighting. Finally, there is the jocks. They are the most dangerous in the game, mainly due to their numbers. Usually, Jimmy will end up fighting up to six or seven jocks at one time, which makes it easy to get surrounded or overwhelmed. They love to use grappling attacks but keep in mind that they have no ranged attacks and do not block, so use this to your advantage.

There you have it! With these techniques, you have all the tips and tricks at your disposal to beat up any kid that crosses your path. Have fun ruling the school! 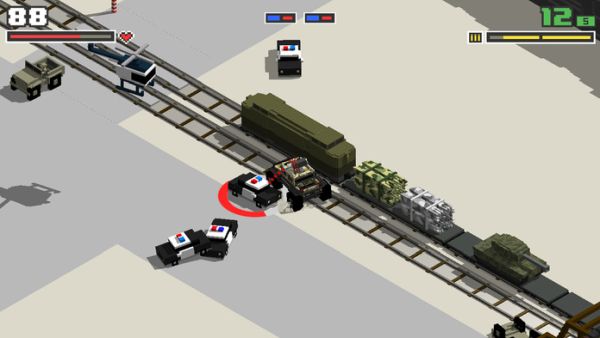 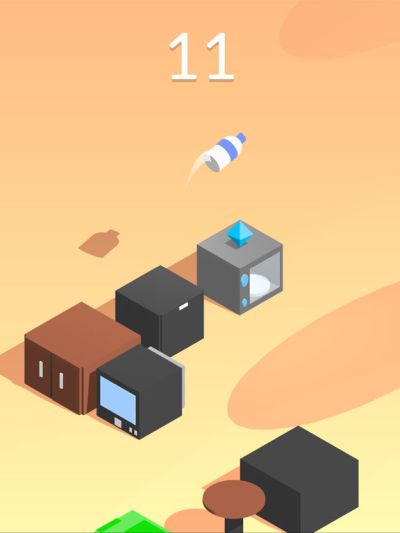