Tastypill’s new mobile title called Boonk Gang is an Android and iOS casual action game, where the odd word “Boonk” is an euphemism for stealing cash from unsuspecting onlookers. Playing the game is as simple as tapping on the left side of the screen to move left, tapping on the right side to move right, and “boonking” as much cash as you could while you avoid the police, or as they’re known in the game ( and oftentimes in the real world) as “The Man.” You can collect power-ups to help your characters collect more cash and buy new gear. But aside from that, the developers allow the game to speak for itself, keeping the description short and sweet, and ending it with the hashtag “#freeboonk.”

Based on what we told you above, you’re probably guessing that this is a very easy game to pick up, and we do agree with that assessment. But you’ll also want to “boonk” more cash and do so quickly, and there are some aspects of the game that might be a bit harder to pick up than you think. Read on as we now bring you some Boonk Gang tips and tricks for stacking up more cash, and increasing your score.

1. A Refresher On The Basics

We already talked you through the game’s basics in the overview above, but to go into further detail, here are the first few things you need to know about playing Boonk Gang. In order to move to the left, simply tap-and-hold, or hold on the left side, and to move to the right, tap-and-hold, or hold on the right side. There’s nothing to it, really. The game’s objectives are just as simple — avoid the police, even if the cops are surrounded by civilians. If you see a civilian that isn’t surrounded by any cops, hit them, or should we say, “boonk” them. They will then drop cash, which you can collect as you add to both your cash totals and your score.

Once you’ve completed a round, the game will ask you if you want to watch an ad video. If you watch the video and sit through all 30 seconds or so, you will be rewarded with 50 coins, which you can then add to your currency. 50 coins might not seem like a lot, but as you keep playing the game and watching more videos, those coins can add up faster than you think. There is a catch, though, and we would suggest that you save the videos for the next Boonk Gang update. Unfortunately, there is an error where you won’t get any coins for watching the videos, though Tastypill is aware of the issue, apparently, and should be patching this error when the first update rolls out.

3. Is It Worth It To Buy A New Character?

The game allows you to buy new characters with your coins, but we must warn you — they cost a rather premium amount of coins to purchase. Each new character costs a total of 10,000 coins each, and that means a whole lot of videos, and a whole lot of boonking before you’re able to buy your first new character in the game. Unlike the above notes for the first update, we’re not even sure if this premium price will go down, but we’re confident that Tastypill will be adding new characters. That could mean a reduction in the price per character, because let’s face it — 10,000 per character is way too pricey, especially since they all seem to play the same way.

The game won’t leave you alone with no help whatsoever for your “boonking.” If you see a power-up falling down during a round, you’ll want to collect it right away. We won’t tease you on the details of all the power-ups, but to use a simple example, the lightning bolt will allow you to become invincible, while also doubling your speed for about 15 seconds. That means if you collect a lightning bolt and pick it up as it drops, you can boonk civilians as often as you want, and even if a policeman touches you, your character won’t get killed, unless the cops bust you just as the lightning bolt disappears.

Don’t get too greedy with the power-ups, though — if you see one while you’re in danger of being caught by the cops, it’s best that you head for safer ground, instead of risking yourself for a few seconds of added assistance.

There you have it! This would be our list of tips and tricks for Boonk Gang. If you have anything to add, feel free to let us know in the comment area below! 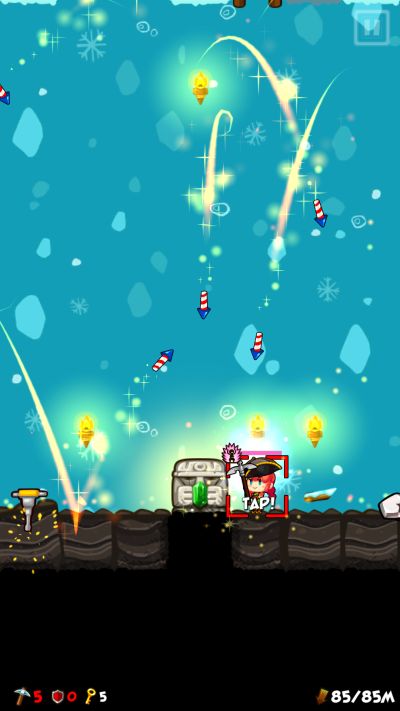 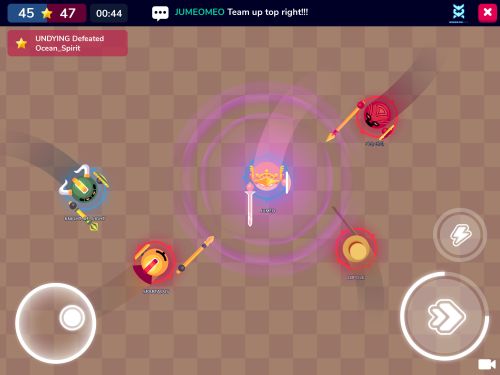