Black Desert Mobile, the mobile spin off to Black Desert Online, has now received an official release date, with Pearl Abyss announcing that its highly anticipated MMO will launch worldwide on December 11th.

For anyone that’s played the PC/console original, you won’t need any explanation as to why Black Desert Mobile’s one of the most long awaited games of 2019, and a possible game of the year candidate. 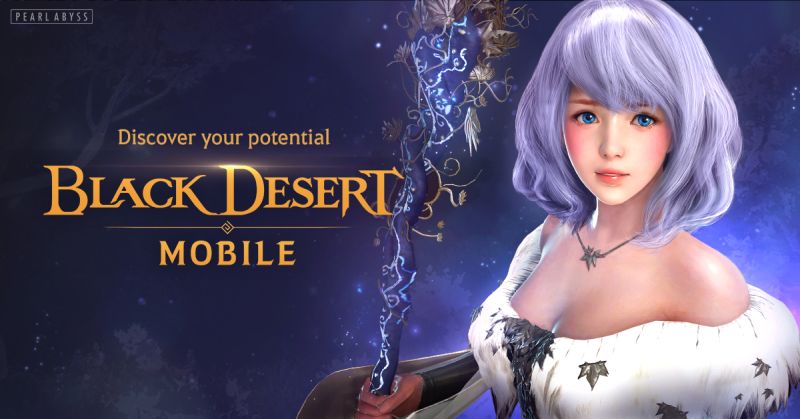 And judging by the latest trailer, Black Desert Mobile doesn’t look like it will disappoint. The visual design is astounding, and the breadth of content offered across its sprawling open world is staggering to say the least.

Gameplay will still of course focuses on questing and exploring dungeons, but there’s a host of other components to keep things feeling fresh. For instance, unlike most MMOs, Black Desert Mobile places a strong emphasis on empire building (think Civilisation with RPG mechanics) which allows for a few extra features to build up your character and further immerse yourself in the game. As shown in the trailer there’s a skill component involved in resource collecting. In order to keep your empire flush with money and supplies you’ll need to mine, forage, fish, and farm your way to success.

At launch, there are 5 different character classes to choose from, including Warrior, Ranger, Giant, Witch and Valkyrie, with each class boasting its own unique traits tailored to your play style. This is made all the more exciting by Black Desert Mobile’s epic customisation options which are possibly the most in-depth ever created for mobile.

Additional features such as pets, weather changes, costumes, and the Black Spirit system (which allows players to progress and collect rewards offline) further adds to the game’s massive scope.
Pre-registration is currently available for Black Desert Mobile at its official site, App Store and Google Play. It’s received an incredible 3 million sign ups so far and with good reason. Those that pre-register can look forward to pre-download and pre-character customisation access ahead of launch from December 9th-11th. Pre-registrees will also be rewarded with a code to either the Console or PC version of Black Desert, so be sure not wait around.