If you’re a regular BitLife player on iOS or Android, you know what to expect at 3 p.m. ET every Saturday. That’s when Candywriter rolls out the challenge of the week, and in case you haven’t been playing for a while (or have just downloaded the game), these are limited-time events where you need to complete a series of requirements based on a certain theme.

These themes run the gamut, and can be based on current events, popular television shows or movies, social media trends, or in many cases, totally random things. And some of these challenges may ask you to be a particularly horrible person in the game’s virtual world — in this case, how about being a horrible mother?

The latest BitLife challenge, the Manic Mother Challenge, is noticeably easier to complete than last week’s Goodfellas Challenge, though there are some parts where you may encounter what we call “requirement gymnastics” — complete one requirement, see another one or two unchecked after they were previously checked.

That said, it’s a simple challenge that throws back to the early months after the feature was originally launched, and if you’re having some difficulty completing some of the requirements or want to wrap it up at the soonest possible time, be sure to check out this BitLife mini-strategy guide, where we tell you all that you need to know about completing the Manic Mother Challenge.

Getting Started – Get A Job After High School, Have One Kid Per Year

When trying to create a character who could very well be the world’s worst mother — or the worst mother in the BitLife universe — there are no specific requirements aside from the obvious. That is, your character will need to be female. Perhaps having high Looks and decent Smarts could help when it comes to increasing the odds of getting dates, but by and large, these would just be optional as you won’t need to be choosy when it comes to your future baby daddies and children.

You don’t necessarily need to do anything or avoid doing anything during your childhood years, though it’s highly recommended that you graduate from high school and get a decent-paying job (say, in the neighborhood of $25,000 per year for entry-level) that doesn’t require any further education. If you want to finish the challenge quickly, you’ll need to start having kids at an early age, but you’ll also need a job to feed them before they can be abandoned.

For the Manic Mother challenge, the best thing to do is to have one kid per year starting from the time you turn 18 — or 17, if you’re a high school senior and have a boyfriend at that time.

Watch Out For STDs When Using The Hookup Option!

The option to hook up with random men becomes available once you turn 18, but you may run the risk of getting an in-game sexually transmitted disease through this method. STDs, of course, cost money to treat, and if you’re working a relatively low-paying job (well, compared to those that require a college degree) and feeding more than one kid that you haven’t abandoned yet, this could take a toll on your bank balance.

You could always opt to quit BitLife and restart it, then try another hookup, but as we’ve observed with male and female Bitizens alike, getting an STD often comes with learning that you’ve impregnated someone…or in this case, learning you’re pregnant.

If you want to play it safe, you can also use the Date option. With that method, you can find a steady boyfriend, get pregnant with him, then dump him once you give birth, rinse and repeat until you have a total of ten kids and ten baby daddies.

You Can Only Insult Children Once They Turn Three

The next requirements will ask you to abandon and insult all your children, and while you can abandon a child right after giving birth to them, you cannot insult them until they reach the age of three. It figures, as most kids would only be able to comprehend insults once they reach that age, so it wouldn’t really be an insult if the kid can’t understand what you’re saying in the first place.

So with that in mind, wait till your kids turn three, insult them once, then abandon them — simple as that. Keep repeating the process until you see the green check marks appear on top of the screen.

Apparently, Stepchildren Count As Your Children Too

Next up, you’ll need to marry a man who has at least two children, then insult your new stepchildren after you get married. We noticed that for the Manic Mother Challenge, it became a little harder to propose, even with an affordable, yet genuine ring. But that shouldn’t be much of a hindrance, just as long as you buy a ring (and not a fake) and propose at a location that can be considered romantic.

No need to worry about prenups, and when it comes to the wedding and honeymoon, always choose the cheapest available options — Church/Drive-by Chapel/Courthouse for venue, and no honeymoon.

One thing we noticed when our test character tied the knot is that when she did, the check marks for the “insult” and “abandon” requirements instantly disappeared. That means you will have to insult and abandon them as well in order for the checks to go back up — that shouldn’t be too difficult, and if your new hubby complains, it doesn’t matter if you choose “Argue” or “Apologize.”

So if you insult all your new stepchildren, that will complete the “Insult each of your stepchildren” requirement as well, and that should do it for BitLife’s Manic Mother Challenge! As always, you will have the chance to open one out of four prize chests and redeem a new accessory — a hat or eyewear — to add to whatever you have unlocked at the moment. 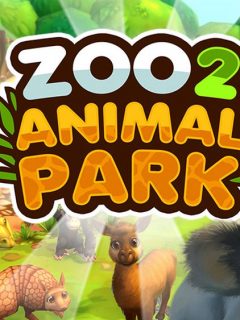 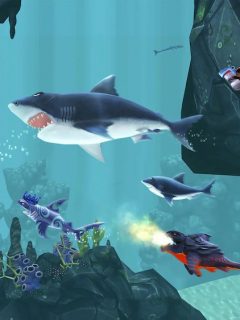 Next
Hungry Shark Evolution Guide (2021 Update): Tips, Tricks & Strategies to Become the Most Feared Predator in the Ocean
Click here to cancel reply.