With BitLife pretty much as full-featured and as close to perfect as it could get, it’s no wonder that Candywriter has spent much of 2021 focusing on weekly challenges to keep players engaged on both iOS and Android versions. These challenges consist of a series of requirements that you need to complete during the limited time that the challenge is live, and they are all based on a specific theme.

Some of them may be general in nature, some may be inspired by the holiday at the time of launch (like last week’s Freedom Challenge), and some may be based on beloved TV shows or movies.

Candywriter has gone a bit easy on the pop culture-themed challenges as of late, but they brought them back in a big way this past weekend, launching the Goodfellas Challenge. For those unfamiliar, the film tells the story of real-life mobster Henry Hill and his rise to notoriety in the world of organized crime.

While the game won’t necessarily ask you to pull off million-dollar heists like he did, you will need to engage in your fair share of illegal in-game activities to become one of the Italian Mafia’s highest-ranking officers — before you rat on them in exchange for your freedom. And if you’re having some trouble completing the Goodfellas challenge, our BitLife strategy guide for the week will show you how to finish it in as little time possible.

The first requirement of the Goodfellas Challenge is very simple and straightforward — you need to be born in New York City. Aside from that, you don’t need to pay attention to any particular stats, nor do you need to make your character specifically male or female. (If you have God Mode, it helps to set Crime as a Special Talent.) Just as long as they’re born in the Big Apple, you can proceed with your character’s life in any way you please — just as long as you’re committing a series of petty crimes on the side.

Just to be clear, there is no maximum age to join the Italian Mafia or any of the other crime organizations in BitLife. But you need to be of legal age to do so, and if you’re thinking of joining once you turn 18, you should get started early by committing some burglaries or similar crimes in the Crime menu.

Related: BitLife Mafia Update Guide: Everything You Need to Know About BitLife Version 1.46 aka the Mafia Update

Burglaries, shoplifting, and pickpocketing are especially good ways of drawing attention from the crime syndicates, so if you’ve earned about $10,000-plus through those petty crimes, you can approach the Italian Mafia (under Special Careers and Crime) and see if they’re impressed enough to let you wait tables, wash cars, or do other menial tasks to prove your loyalty.

Getting Promoted To Underboss – Contribute Lots Of Money And Follow Orders

Once you’re allowed to join the mob, you will always start out as a lowly Associate, or its equivalent in other crime organizations. The next highest rank is Soldier, followed by Caporegime, then Underboss, which is second-in-command to the Godfather. It’s going to take quite a while before you reach such a lofty position, but BitLife’s Goodfellas Challenge “only” asks you to get promoted to Underboss at some point during your crime career.

The best way to get promoted to Underboss is to keep committing crimes and making lots of money per year through those crimes — bank robberies, which are far easier to pull off when you’re in the mob, are a good way to earn big bucks for the Family. Stealing cars is also recommended, especially if you’re able to steal a particularly expensive vehicle — don’t go for the compacts and the other economy cars.

If you see a chance to steal a sports or luxury car, or a premium SUV like a Land Rover, go for it! Lastly, it does help if you kill some business owners who refuse to pay up — the high-ranking Mafia officers always like it when someone shows no mercy to a stubborn entrepreneur.

As you keep aging up in the game, you will also get several random orders from your Mafia bosses — you may be asked to kill someone, rob an establishment, or commit some other crime for the good of the Family. Never refuse a chance to participate in these activities; this will sour your relationship with the Mafia’s top officers, and could likely delay your promotion to Underboss!

If it’s still taking too long for you to get promoted to Underboss, you may consider discreetly whacking them. That is, however, quite a risky endeavor, although it does bring us to the very next requirement in the Goodfellas Challenge.

Whack Lowly Associates In Order To Complete The Requirement

In mobster-speak, “whacking” simply means killing someone, and if you want to move up the ladder quickly in your crime career, you’ll need to whack a lot of people along the way. That would mainly include business owners who refuse to pay up during those extortion attempts, or those who only pay you a fraction of what you’re asking for. But it would be too easy if that was what would be asked of you in the Goodfellas Challenge — instead of killing business owners in a variety of brutal ways, this challenge requires that you whack at least five mobsters.

Although your Godfather will oftentimes ask you to kill someone to prove your worth to the Family, most of the time it wouldn’t be another mobster from a rival crew. That means you’ll mostly, if not exclusively need to whack people from your own Family in order to complete this challenge.

Take note that this is dangerous, as your Godfather may find out and that could result in your character’s in-game death, or at the very least, some form of brutal torture. Fortunately, you can always quit and restart once you get a prompt saying that the Family has found out that you killed someone within the crew.

When targeting mobsters to whack, always go for the newer Associates whose Relationship bar is still in orange, or even red territory. Killing an Associate usually doesn’t draw the high-ranking officers’ attention, and since you haven’t established much of a relationship with them, killing them won’t have a negative effect on your overall Relationship with the Family.

As we mentioned above, having a good Relationship with your crew is essential if you want to get promoted to Underboss sooner rather than later.

Eventually, it all had to come to an end for Henry Hill, as portrayed in Goodfellas, as he entered the Witness Protection Program after getting arrested. However, in BitLife’s Goodfellas Challenge, you don’t need to actually get arrested in order to enter the program. In your job menu as a Mafia member, you’ll see the Informant option, which, quite fittingly, has a rat icon next to it. Tap on this and you will be given a certain amount of time in years to gain enough information from your crew in order to build a case against them; failure to do so will result in prison time.

When trying to gather evidence, you will do this by tapping on any member of your crime Family’s profiles, then choosing the Snitch option. However, if you want to gather evidence and wrap up the case as quickly as possible, you’ll want to do most of your snitching on the higher-ranked members of the crew; in this case, that means gathering evidence mainly from the Godfather and the Caporegimes. (As you should be an Underboss at this point, that means snitching on the only person above you in the chain of command, and the three people right under you.)

There is a possibility that they may cotton on to what you’re doing, which could result in you getting whacked, but if that happens, you can always quit the game before confirming your character’s fate, then restart it and try snitching again. Also, in order to remain under the radar and to remain in your Godfather’s good graces, you should continue committing crimes and contributing the money you earn through those crimes…without getting caught, of course.

Once you’ve gathered enough evidence, you will be given two options on where to relocate as part of the Witness Protection Program. In most cases, you will be asked to move far away from the United States — our test character was given the choice of whether to move to Peru or Chile. You’ll also have no choice but to change your name to a randomly generated one — it’s all part of the rules of the program.

But once you’ve chosen a location and accepted the new name given to you, that should complete the Goodfellas Challenge. As always, you’ll have a new hat or eyewear available to you once you open one of the four prize chests, though there is, of course, no guarantee that you’ll get anything mobster-themed, even with this current challenge in mind. 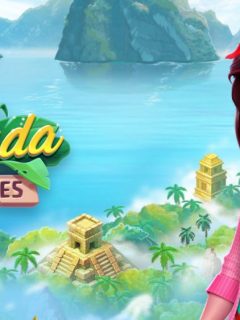 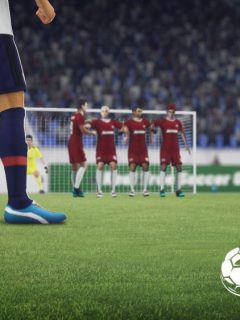