It can be argued that Candywriter’s most important addition to BitLife was the introduction of challenges — those limited-time weekly events that ask you to complete certain tasks or requirements based on the provided theme. Earlier this year, there were several challenges that were inspired by popular movie and television franchises, and they proved to be quite popular among players. But we’ve noticed less challenges of that kind and more of the ones that were introduced during the early weeks of the feature.

As we’ve noticed, Candywriter’s more recent challenges have been all about going back to the basics. That, however, is not a bad thing, especially if the challenge is like the new one that was introduced this past weekend, the Land, Sea & Air Challenge. This one, as you may have noticed, is fairly simple, as you will be asked to have $1 million-plus collections for land vehicles (cars), sea vehicles (boats/ships), and air vehicles (planes).

But how can you afford these collections and is there anything special you need to do to your vehicles in order to ensure their combined value doesn’t go below $1 million? Keep reading, as this BitLife mini-strategy guide shall help you complete the Land, Sea & Air Challenge in as little time possible.

The Land, Sea & Air Challenge, as the name and requirements suggest, is one where you will need to acquire a ton of assets in order to complete it. That means you’ll need to have quite the budget for all those purchases, and in order to build up your bank balance for that, it’s best that you start out with a character (male or female) who has high Smarts and/or Looks.

The former, of course, will help you breeze through school and get scholarship after scholarship, hopefully en route to a high-paying job in the Surgeon track or something similar. The latter, meanwhile, could be your ticket to stardom in the entertainment industry, preferably in the Actor track. But if you have God Mode enabled and paid for, you can bypass all that by manually setting your character’s stats and giving them a special skill in Music or Sports. Either option should work well and give you the money you need to buy all those cars, as well as planes and boats.

If you should choose Music as your Special Skill, your best option is to focus on learning one instrument from the time you are six (or eight, if you choose voice lessons) and audition for record labels as a solo artist once you’ve graduated from high school. That’s because solo artists have a greater share of the profits from concerts, touring, and single and album releases — obviously, they don’t have to split the money several ways with their bandmates.

And if you opt for Sports, just keep practicing while you’re still a part of your school’s team in the sport of your choice, as getting your Performance bar full will increase the chances you get drafted In the first round, thus giving you a richer rookie contract — as well as a greater chance of getting a much larger deal, provided you perform well in your first few years in the professional league of your choice.

Maintain Your Cars Yearly, Or Better Yet, Buy Them All In One Go

As for the Land part of the Land, Sea & Air Challenge, this is quite easy on the surface but it could prove to be a bit tricky — you will need to have a car collection with a value that exceeds $1 million. Although it may take some time to get there, the process behind this seems simple — just buy the most expensive car you find at the dealerships, preferably one that’s in the $100,000 range or greater, and keep quitting and restarting the game until at least one dealership has a car in that price range or above.

Once you’ve collected $1 million worth of automobiles, you can then go to the Assets menu, tap on Cars, then scroll to the bottom and tap on Maintain All Cars — this quickly performs maintenance on all your vehicles, thus allowing them to maintain their condition a little longer. Sounds easy, right? Yes, it is, and you’ll want to use the Maintain All Cars feature once per year. But the catch here is that even if you take your cars to maintenance, their condition will still deteriorate, even by a small bit, and that will affect their value.

So if you’re barely above $1 million one year, that value might go down to the $900K-950K range even if you use the Maintain All Cars feature, and that will uncheck the requirement for the Land, Sea & Air Challenge. If this happens, you can buy a new car to get the total value up to $1 million — the more expensive, the better, as long as you can easily afford it.

As this can be a bit inconvenient if you go below the $1 million value mark multiple times while trying to complete the challenge, we would suggest buying all your cars in one go, so as to avoid having to take them to maintenance, and so you don’t have to worry about depreciation.

The next two requirements involve having boat and plane collections worth $1 million each, and we’d say these are less troublesome than the car requirement, as you can simply buy one boat and one plane and be done with the respective requirements for both types of vehicle.

That’s because it’s not uncommon for these vehicles to cost more than $1 million, so if you see a boat or plane you can afford that’s also in the $1 million to $1.5 million price range or greater, go ahead and buy it. Purchasing something worth around $1.5 million would actually be preferable, as that will give you the cushion you need to deal with a few years’ worth of depreciation.

When it comes to acquiring licenses to operate a plane and a boat, you’ll still need to complete 40 hours of flight school for the former. Fortunately, there’s no need for boating lessons of any sort, as you can go straight to the boating license test and purchase a boat once you’ve passed it.

Be Patient – Keep Flying And Sailing Until You Run Into Trouble

The final requirement in the BitLife Land, Sea & Air Challenge is to survive a “dangerous encounter” while flying or sailing. Based on our experience, operating an older model plane or boat slightly increases the chances of running into trouble, but that isn’t always the case.

Either way, you’ll need to be patient and keep using the Fly option for your plane and the Ride option for your boat. Sooner or later, you’ll run into some danger and be forced to make some life-or-death choices — you’ll know that things are about to get really hairy once you see that the Enjoyment bar is completely empty.

When dealing with these situations where your boat is about to sink or your plane is about to crash, radioing for help is the safest option — the downside here is that you may lose your plane or boat, but the plus side, of course, is that you will likely survive.

Of course, you’ll still run the risk of getting killed, but calling the Coast Guard, for instance, is invariably much safer than trying to steer your boat/ship back to shore. You can always buy a new plane or boat (depending on what type of vehicle may have crashed or sunk) after you’ve completed the “dangerous encounter” requirement — the only one of the four that cannot be unchecked.

Once you’ve completed the challenge, the same will apply as always — you can pick a new hat or eyewear from one of the four prize chests, and add that pair of glasses or hat to your list of unlocked accessories. 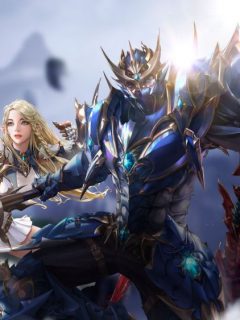 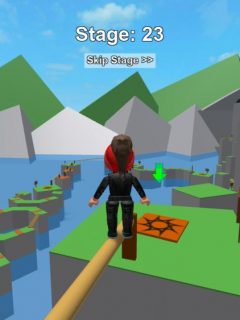