Candywriter is best known these days for BitLife, the immensely popular iOS and Android life simulator game where you can create a virtual character and have them live their lives from birth to death, and maybe across multiple generations if you’re a paid player. That means making good and bad decisions alike, usually if you’re trying to get one of the game’s many ribbons for different types of lives led. The game also introduced a new feature called Challenges a few updates ago, and these would require you to live a Bitizen’s life a certain way in order to fulfill certain requirements.

In the God Mode update, Candywriter promised that players will have a chance to take part in multiple challenges as they stay at home and follow those all-too-necessary social distancing requirements caused by the coronavirus outbreak. The first one has just rolled out, and even if it’s no longer April Fools’ Day at the time of writing, you still have a few more days to complete the so-called April Fools’ Challenge!

Read on and check out this brand new BitLife guide — another mini-guide for a challenge — as we show you how to quickly complete the April Fools’ Challenge and do so without having to start a new life over and over again.

Get A Job As A Clown, But You Don’t Need To Make It A Career

The first, and simplest requirement of the April Fools’ Challenge is to get a job as a clown. You can do this as soon as you graduate from high school (or drop out when legally able to), and you can do this even if you don’t finish. That said, the Clown job won’t always be available, but you can always age up if you don’t see it right away, or reset the available jobs by quitting the game and restarting it.

The challenge’s description states that you need to work as a clown for a few years in order to fulfill that first requirement. Actually, it’s more like one year — you can age up after getting a job as a clown, quit that job, and either return to school or find another form of employment. During the play through where we finally completed the challenge, our Bitizen went to law school and became a millionaire lawyer (albeit a very immature one who keeps on pranking his best friends) after spending a few years as a clown.

A Prank A Year – It’s All About Staying Alive

Once your Bitizen turns 14, that’s the earliest time you can start playing pranks, first on your friends but later on in life once you get a full-time job and the “Prank” option appears for each of your coworkers. That means for this part of the April Fools’ Challenge, you will need to play a prank on at least one person per year until you’re 63 years old or above. Yes, that’s a pretty old age for someone to keep playing juvenile tricks on the people in your life, but it’s the April Fools’ Challenge, and the game is explicitly expecting you to act like a fool for most of your life.

On the surface, this is a pretty straightforward requirement — just find someone among your friends who reacts positively toward pranks (meaning the Reaction bar is green, and not red or orange), then keep singling them out year after year until you’ve pranked them for 50 years straight. If they die during this time, it’s easy to find someone else — if you don’t have enough friends, you can always make them at school or at work. However, there’s more to this part of the challenge than simply hitting the Prank button once before hitting on the plus button to advance one year.

By this, we mean it’s important that you do everything you could to stay alive until the age of 63, or until whenever you reach the 50th straight year of pranking someone. It may seem inconsequential if you’re a longtime player who’s had several characters live well into old age, but there are myriad random scenarios that could make it hard for you to reach your 60s. For example, you may be careless and accept someone’s offer to take drugs, even if you purposely avoid clubbing. Far more easy to miss are those bosses who insist that you work extra hours per week — once they get you working 60 a week, you may develop high blood pressure, and that could lead to a heart attack that could kill you before you achieve this part of the challenge!

To sum it all up, be very careful to make sure you’re pranking at least once a year, and that you’re pranking the right person. But also avoid those temptations or saying “yes” in those random scenarios that could shorten your life!

Pity The Fool – Insulting Your Loved Ones And Enemies

Arguably, the toughest requirement in the April Fools’ Challenge is the one where you have to call someone a “fool.” On the surface, it seems quite easy — find someone in the Relationships menu, may it be one of your parents, siblings, friends, or enemies, tap on their name, choose the Insult option, and fire away. You can also insult your classmates or teachers in school, though we will elaborate on that later. However, it seems as if Candywriter temporarily made it more challenging to simply call somebody a “fool.”

The insults — may they involve calling the person a fool, tool, jackwagon, sausage shark, abomination to mankind, etc. — are supposed to be randomized, but it took us quite a few playthroughs before we finally had our clown call another person a fool. Or should we say, a tool, which the game somehow accepts since it’s pretty much the same thing.

Basically, what you want to do here is to insult anyone and everyone you could from the age of 5 onwards, but once their reactions to your insults turn violent (that’s a possibility for everyone except your parents), that’s when you can insult someone, quit the app if you get one of the zillions of other insults that aren’t “fool” or “tool,” then restart it and redo the process with the same NPC or another one.

Aside from insulting classmates, loved ones, and enemies, the option to insult will also be available if you get sent to the principal’s office (you probably would at some point if you insult your classmates often) or if you get fired by your boss and want to tell them off. Just make sure not to keep insulting people once your Health drops below 50 to 60 percent. One reason we had to redo this challenge multiple times was the fact that our Bitizen ended up dying from his injuries a couple times after he’d told someone off one time too many, thus prompting a violent, and ultimately fatal attack!

Additionally, it’s a good idea to insult as many classmates as possible in order to increase your chances of getting the “fool” or “tool” insult. You could also insult your principal as a bonus if and when your classmates choose to tattle, and while this may eventually get you expelled from school, the good news, as we mentioned earlier, is that the Clown career does not require a high school diploma. So there’s no need to worry if you get expelled at the age of 16 and thus need to get a GED (which costs money) in order to work for companies that require high school education!

This will require quite a bit of patience, but if you want to complete the April Fools’ Challenge, you’ve got to call someone by the second word in that challenge — or its close relative, “tool.” Other similar insults, as we’ve noticed, simply wouldn’t do it, may it be cretin, dunce, moron, or any other forms of name-calling that are tantamount to calling another person a fool.

Lastly, we’ve got some good news about the final requirement in the April Fools’ Challenge, which is to play the entire challenge while using only your pinky — it happens to be Candywriter’s April Fools’ joke! That’s right — you may be thinking that the game has ways of finding out which fingers you’re using to play the game, but even if you use your thumbs as you normally would, that would all be irrelevant as long as you satisfy the other requirements we mentioned above.

Again, that’s working as a clown, calling someone a fool, and pranking someone at least once for the next 50 years. 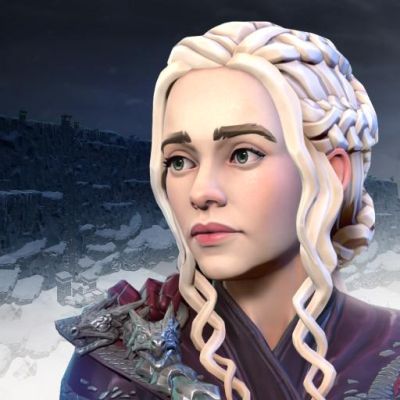 Previous
Game of Thrones: Beyond the Wall Beginner’s Guide: Tips, Cheats & Strategies to Jumpstart Your Journey 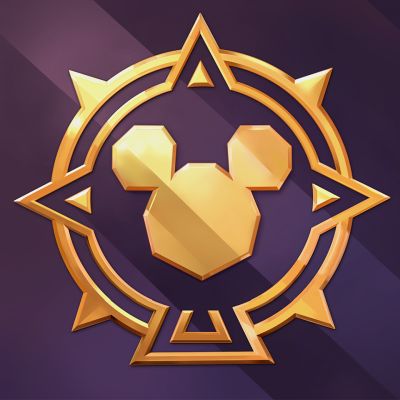