Are you a fan of Storage Wars, Pawn Stars, and other similar reality shows on TV? If you are, you might want to give Tapps’ new Android and iOS game, Bid Wars: Pawn Empire, a try. As anyone who watches the aforementioned shows will tell you, bidding on storage auctions is more than just the simple act of buying junk. You’re doing this so you can make a profit, and that also means making sure you’re buying the right storage — you might end up with a pile of junk, or you might find some rare items that ostensibly look like crap, but could actually fetch an impressive value once sold. So are you ready to become rich and powerful by purchasing those storage auction boxes, and selling the stuff inside of it at your pawn shop?

You’ve probably seen those mainstays of Pawn Stars and Storage Wars do it, and even if the legitimacy of reality shows is often questioned, you can’t deny that the men and women on those shows know what they’re doing. Being successful in this game means bidding smartly and trumping your competition, so if you want to improve your chops while playing this new title, you could keep reading as you check out our Bid Wars: Pawn Empire strategy guide for first-time players. Most of these tips boil down to simplicity and common sense, but it never hurts to check them out and read them so you know what to do at certain points in the game.

1. Familiarize Yourself With The Prices Of The Different Items

You won’t have much time to do this, but you might as well take the few seconds you have before bidding starts and make the most out of that short time. Take a look around the room, tap on the different items, and you should have a good idea of how much the entire storage room costs. Also take this knowledge with you going forward, as most of the items in a room will always have the same price in every instance. Rare items’ prices may change from time to time, but you will also notice that these items have a minimum price point.

In Bid Wars Pawn Empire, there will also be situations where you will meet clients that will directly sell you their items. It’s going to be important to know the prices when dealing with these customers, as you’ll want to be comfortable setting the right values for their items, especially when the customer asks far more money than the item’s actual worth.

2. How To Set Your Bids Based On The Prices Of Items

Continuing what we had told you in the first tip, it is very important that you try to remember the prices of items, as that’s the only way you can have a good idea of how much value the room has in total. You can also use this information to guide you as you set your maximum bids in the game. For example, you can take your estimated price of a room and add about $100 to it, as that ensures you will be getting a little extra as compared to the room’s perceived value. Depending on the number of boxes in there, you can even set a maximum bid that’s $200 more than the estimated price.

Just a word of caution — using this system is simple enough when it comes to conventional rooms where there’s no more than one rare item. But if there are two rare items or more, they could end up fetching values that far exceed the minimum price. That could make it a good idea to gamble a bit and raise the maximum bid in such a way that there’s a difference of far more than $100 from the estimated price. It all comes as part and parcel of those so-called “storage wars.”

3. Make Use Of The College To Research Items

This game somehow comes with some RPG mechanics that you might not expect from a title that draws influence from Pawn Stars and other related titles. These RPG mechanics include an in-game College, which is similar to the libraries and other places of research where you can learn new technologies. In this game, the College is where you should go if you want to research rare items — this is where you can prove their authenticity (this happens more often than not), and if the item turns out to be legit, that could mean a ton of extra moolah through the profits you’ll be earning.

4. You Can Earn More Profits Through Rare Items

Bid Wars Pawn Empire, as we mentioned in the three tips so far, allows you to sell a number of rarer items, and you will need to research them in order to get a better idea of their true value. If the items turn out to be legit, you could just end up making a ton of profit by selling them for much more than the list price. As you will only sell these items in the store for a greater amount of money than the offers you receive, this will, more often than not, prove to be your best way to earn a tidy profit. As a rule of thumb, you should only consider selling an item if you know you’ll be getting at least 5 percent more. You can wait until you’re guaranteed of a profit of at least 10 percent, but 5 to 10 percent isn’t that bad, if you come to think about it.

We feel your pain — researching in a college is never fun if you’re a student. But when it comes to Bid Wars Pawn Empire, the “no fun” part kicks in whenever you end up researching items that take some time to confirm as genuine. Fortunately, there is a way to reduce some of your wait time, and that is to watch ad videos. You can save about 20 to 30 minutes you’d normally be required to sit through, but there are also a few more other uses of ad videos that we feel are worth discussing.

One way to do this is to watch ads so you can rush the offer time for in-store items. This is especially helpful, as you may be in a rush and in need to get rid of some inventory, ASAP.

6. When Should You Upgrade?

Last, but not the least, let’s talk about upgrade timing. It’s actually quite simple, even for a guide that centers on beginner tips — the only time you should buy upgrades is when you’ve got enough spare cash to buy all the rooms when the next auction comes around. The last thing you want is a storage room that you cannot afford, but you know is capable of generating a lot of profit for you. So how should you buy those upgrades?

The best thing to do would be to buy an upgrade or two, before you feel that you will be away from the game for a good amount of time. You should also be considering doing this once a complete set of items is being sold at the Shop, as you’re going to need some funds on hand if you want to compete for the bigger, flashier storage rooms. And those are the ones that are going to earn you serious money, provided you’re willing to take a chance or two.

There you have it! We hope you’ve enjoyed our set of tips and tricks for Bid Wars: Pawn Empire. If you have anything to add, be sure to leave us a message below in the comment area! 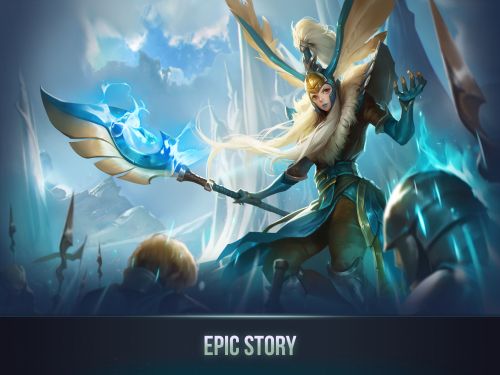 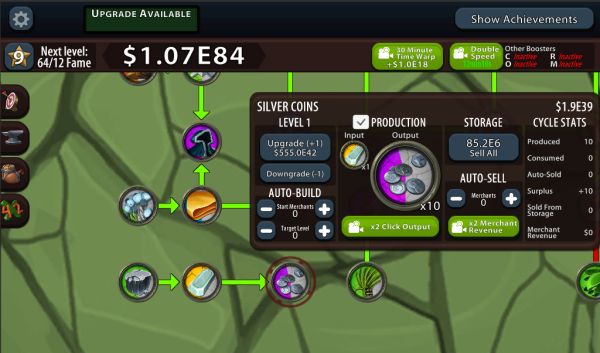 I had things go to the library, how can I get them back?