When Ubisoft’s Assassin’s Creed Rebellion was soft-launched earlier this year, not everyone jumped at the opportunity thinking the official launch would be just around the corner. Surprisingly, news of the official launch did not come until now. Several months after the soft launch, Ubisoft has finally announced that the game will be released for Android and iOS devices on November 21. Along with the announcement came the start of pre-registration. 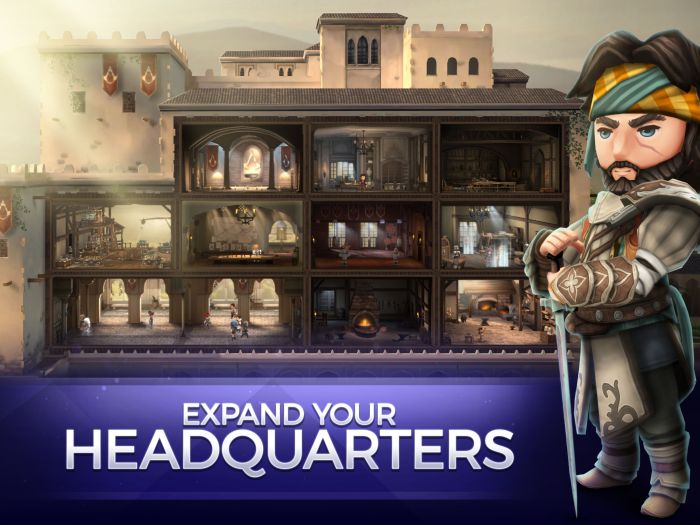 Pre-registration means players will be notified once the game is available for download. More than that, however, players who pre-register will also be eligible for various rewards, including an exclusive character as well as some starting equipment. Since the game utilizes a gacha system for collecting characters and building teams, the pre-registration rewards will surely give players a great head start.

While Assassin’s Creed Rebellion uses a turn-based combat system, it still incorporates various traits that made the original series famous. The different characters that can be recruited have specializations that can be useful in battle. Characters can specialize in disarming traps, picking locks, sneaking behind enemies, and of course, assassinating targets. Since players can only bring up to three characters into their missions, skill variety will definitely be crucial to completing tasks.

Outside of the missions, the recruited characters will gather at the headquarters. Players can add and upgrade rooms in the headquarters in order to improve their performance. There will be rooms for creating weapons and armor, training recruits, gathering intel, and more. As the headquarters expands, there will be more space for additional features.

There is still five weeks left before the official launch Assassin’s Creed Rebellion. Those who want to pre-register still have a lot of time to do so. Just visit the game’s official website in order to sign up. Word has it that rewards from Assassin’s Creed Odyssey are also in store for those who register. Now is as good a time as any to head over to that Ubisoft site.