The wave of nostalgia continues to engulf both the movie and gaming industries. Another crowd favorite from our childhood is the Addams Family. The kooky family is coming back with a new animated movie, and what better way to keep up the hype than to release a mobile game alongside it? Addams Family Mystery Mansion is in the works and is set to come out later this year. 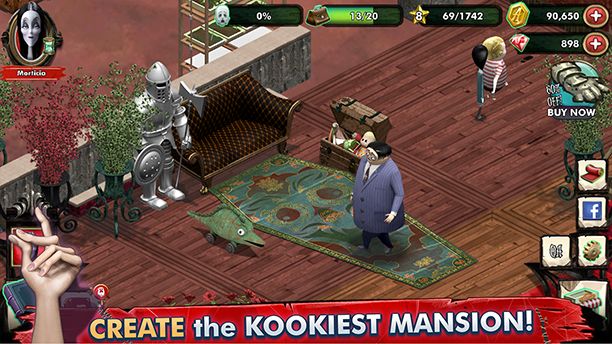 Addams Family Mystery Mansion is an interactive video game being developed by Pixowl, a subsidiary of Animoca Brands. The game will be based on the upcoming movie, so players will get a sneak peek of what the new family is all about. Players will need to help Morticia and Gomez rebuild their home and find all the family members.

Fans can look forward to an original story line as well as a lot of quirky dialog that the family is known for. Addams Family Mystery Mansion allows players to collect the different family members and renovate the mansion any way they want. Additional details on how the game will be played have yet to be revealed.

Addams Family Mystery Mansion is the fruit of Pixowl’s non-exclusive licensing deal with MGM that is effective until the end of December 2024. The game is expected to launch towards the end of September, with just enough time to introduce the movie when it comes out on October 11.