You’ve probably played your share of zombie-based mobile games where you play a human trying to save the world from a zombie apocalypse. In this new iOS game from ZPlay, the roles shall be reversed as it will be you playing one of the zombies instead. The game in question is Zombie Island, and it’s an game where you lead an army of zombies on a citywide rampage, destroying cars, tanks, and buildings. There are three kinds of buffs available to help you ward off the enemies (and that would be humans), dozens of characters with unique play styles, and the ability to control your zombie army, fighting off law enforcement and the military, and eating everyone in sight.

Granted, this isn’t the only zombie game where you play the role of a zombie, with the humans serving as the enemy. But it is the latest, and quite an interesting one, where your ultimate goal is to infect as many humans as possible without falling to the cops or to soldiers. So without further ado, we will now be bringing you some pretty cool Zombie Island tips, tricks and cheats where we hope to help you convert more humans into zombies, adding to the ranks of the undead, while also helping you destroy more of the city.

There is no more important zombie in this game than the leader zombie, which is the one you shall be controlling. As the big boss of the undead, policemen, tanks, and army officers will have their eyes set on you, and you have to stay alive while controlling this leader zombie; if he dies, that’s the end of your run. So how do you keep your lead zombie alive for longer?
We would suggest trying your best to keep him away from harm, moving him away from the path of bullets, and keeping him safe from areas in the in-game world that are closely being protected by law enforcement and the Army. Keep him in motion for the most part and you should be relatively safe.

2. Which Is The Best Place To Convert Humans To Zombies?

Talking about the safest place for your zombies to begin their domination, we would definitely suggest the beach. It’s a very safe place to roam around in, and the best part of it is that it attracts throngs of humans, allowing you to convert more of them into zombies. Even if your zombies get killed, you need not worry, as the beach will always have a lot of humans whom you can convert, simply by getting closer to the person in order to transform them into a zombie.

3. Further Tips For Prowling The Beach

Now that you know what a good place the beach is for adding more people to your army of the undead, let’s talk about ways in which you can carry out your beach attacks. First of all, you’ll want to move around, looking for prey with a target of 10 to 15 people. Take note that your zombie will move around automatically, and he’ll move wherever he wants when you’re not controlling him manually. In this case, you can go ahead and let him walk around freely, which would allow him in turn to unleash his horde on the beachgoers.

Some zombies may not follow their leader due to the quick pace in which he moves, but that’s just fine; they’ll be moving independently, infecting people that come close to them. The infected ones will then, in turn, infect fresh humans, and that includes the cops and soldiers! In the end, this will all cause a ripple effect where your undead army’s numbers can grow exponentially.

4. Infect People By Going Around In Circles

One fantastic way in which you can infect a ton of people is to go in circles around a group of people. Normally, people would run away the moment you see the zombies approaching, but it’s actually easy to infect them before they have a chance to run for safer ground. By having your leader zombie go around in circles, his followers will do the same, going around in a circle and running around groups of humans. That will make it very hard for humans to break free and head for safer ground, and when we say very hard, we mean it. Your leader’s followers would attack right away, even if the leader wasn’t able to infect anyone, and that means more people infected through this simple strategy.

Want to try something cool that makes your zombie army even more powerful, and even more imposing to look at? Try the Zombot power-up. As you may guess, this is a combination of the words “zombie” and “robot,” and you can find these power-ups in various places on the titular Zombie Island. Fortunately, they can be found in fixed places, such as the end of the beach. If you miss it the first time, you need not worry, as the power-ups in general tend to respawn regularly, and quickly enough. So what does this Zombot power-up do? To summarize what it does, it allows your entire army to turn into a gigantic zombie robot for a few seconds.

6. Make The Most Out Of The Zombot’s Few Seconds Active

The Zombot, as we said above, will only be active for a few seconds’ time, which should be more than enough reason for you to take full control of things. The Zombot can potentially do away with a huge number of humans, as well as destroy waves of buildings, trees, cars, etc. It can even do quite a number on those military tanks. Tanks may be able to kill more than one zombie in one go, and that includes your leader zombie. So take note of how deadly those tanks are, and use your Zombot to take them out quicker than it would them to catch up with your army. 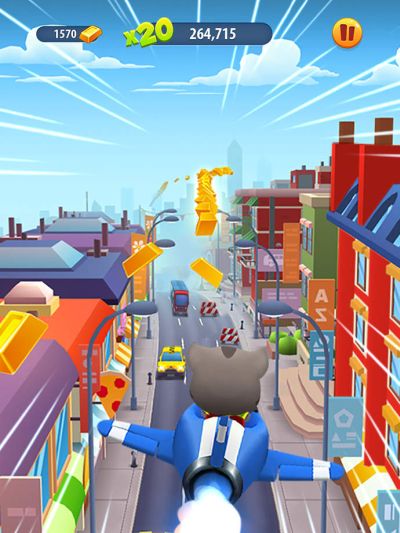 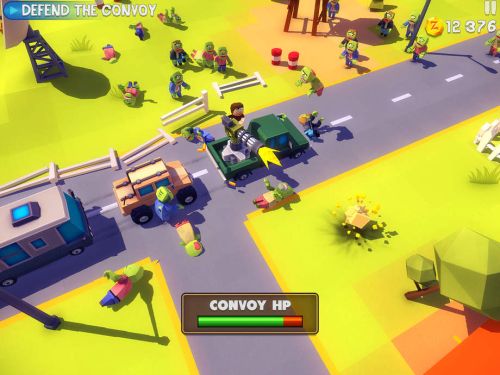