HBO’s hit series Westworld now has a mobile game of the same name, and it’s now available for iOS devices, courtesy of Warner Bros Games. For those unfamiliar with both the series and the game, this is a business management title that has you in charge of a fictional version of Delos Park, aka the eponymous Westworld, an Old West-themed park for adult guests who are, in turn, entertained by robotic Hosts. As you move along in the game, you’ll be able to add more buildings to your park, unlock new rooms, and also unlock new parts of Delos, which means more Hosts, more Guests, and more things to do to ensure that everyone — Host and guest alike — is happy.

Last time around, we talked you through the basics of the game in our Westworld beginner’s guide. But if you’re now at player level 7-8 or thereabouts, you may want to dive a little deeper and check out our Westworld strategy guide for intermediate players. There’s more to Delos than just Sweetwater, and more to running the park than choosing the right Hosts for the right interactions! Read on and you’ll find out why that is the case in this game.

For those who are concerned that the social features of Westworld would require you to join a clan or a guild or whatnot, you can relax — the game does have social features, but they all revolve around accepting co-worker requests, adding co-workers, and sending them gifts. All co-workers are identified by their game ID numbers, and not by their names on Game Center or on social media, so you’re pretty much dealing with anonymous players, though these are real players nonetheless. Keep adding up co-workers and accepting them, and make sure you grab all the opportunities to send them gifts. It may sound like a tedious process, but you will still be rewarded in the form of

2. You Can Only Have So Many Hosts In Your Roster

At some point in the game, you’ll have more than your fair share of Host Codes, and you may be thinking that it’s all good to have as many of them as possible as you keep expanding Delos. We’ll have to correct you there, as there are limits to the number of Hosts you can have actively working in your park. Your Host Cap does increase as more buildings are added, but once this cap is reached, you cannot build any new Hosts to add to your roster. Fortunately, there’s a way to work around this, and your better Hosts will definitely be better for it — we’ll be explaining that in the very next tip.

As we mentioned above, Westworld has a limit to the number of Hosts you can have on your roster. But there’s a way in which you could trim down your roster to accommodate more Hosts, while improving your existing Hosts and helping them level up faster. This is the merging process, and this is done in the Rebuilds room, where you take a target Host, then choose four others to merge with them. All accessories (more on them later) will be consumed and can no longer be rescued once the Hosts wearing them are merged in, so make sure you’ve unequipped all these accessories before sacrificing them for merging.

Once you’ve merged those sacrifice Hosts in with the target, that’s going to level up the target Host faster than usual, which could be very useful if you’re trying to get a Host closer to the next star rarity. Speaking of rarity, it’s those one-star common Hosts you should be sacrificing, unless you’ve got a surplus (emphasis on surplus) of two-star Hosts that you need to get rid off.

4. How To Increase A Host’s Star Rarity

The Rebuilds room can also be used to increase the star rarity of a Host, and this ranking up process works almost the same as the merging process does — choose a Host to rank up, then four others to sacrifice. However, the main difference here is that you’ll need to have a match number of Hosts of the same star rarity included in the sacrifice list — for example, if you want to rank up Teddy from three to four stars, you’ll require three Hosts with three stars in order for the process to move forward. However, if you’re ranking up Carmen, who is the first one-star Host that becomes available to you, you’ll only need a single one-star Host so she could move up to two stars.

Given how easy it is to rank up your one-star Hosts to two-star Hosts, we recommend doing this as long as you’ve got enough common one-stars available to sacrifice. Hosts that rank up typically learn new roles, and get overall stat improvements that could help them fulfill other roles without any risk of dying!

Just to be clear on what we had told you on the beginner guide, glitching happens when you’ve overworked a Host, and while the effect is similar to your Host dying, they are technically still “alive” — they still get you the rewards they earned by completing the last interaction before they glitched, but they’ll need to be taken to Diagnostics to be restored back to 100 percent operational. Hosts, on the other hand, die if they fail an interaction, or score below 50 percent — this is why it’s not a good idea to have a Host perform an interaction where their relevant stats add up to something much lower than the score the guests are looking for. Dead Hosts can be revived at the Body Shop.

Now that we’ve clarified that part of the game, let’s move on to what we wanted to talk about in this tip — “flash” glitches. The game does not explain this, but we’ve encountered a few times where a Host’s glitch percentage is at 0 percent, only for them to glitch after performing an interaction. These things do happen rarely, especially with more common Hosts, so don’t panic if you ever get one of these “flash” glitches!

6. The Other Parts Of Delos Require Rarer Hosts

Want another good reason to rank up your Hosts whenever possible? Consider the fact that with certain upgrades of your Control Room, you’ll be able to unlock new parts of Delos. Sweetwater, if we are being perfectly honest, can be ran with no problem whatsoever if you’re fielding one-star Hosts to take care of the interactions — your guests will, far more often than not, come away happy and satisfied. But when it comes to the newer parts that you unlock later on in Westworld, you’re going to need rarer Hosts to get the job done consistently. For example, interactions at Abernathy Ranch would require a Host of two-star rarity or better. The same applies at Escalante, where the interactions are a bit different from what you’d normally get in Sweetwater or Abernathy Ranch, but the rewards for successful interactions are better.

7. What Are Reveries And How Do They Work?

Reveries are what we had referred to earlier as accessories, and that’s pretty much what they are — you can win them via interactions, and if you get a Reverie, you can equip it on any one of your Hosts to improve their stats as long as they’re wearing it. This isn’t too different from the special accessories heroes can wear in RPG to get stat boosts, and these Reveries can also be upgraded, in the Reveries room. It doesn’t take much to upgrade your Reveries, so make sure that you’re doing this so that you can get the most out of your Hosts, particularly the better, more versatile, and rarer ones on your roster!

8. Prototypes Can Also Help You In Improving Your Hosts

Every now and then, you’ll notice some mummy-like Hosts that, if they don’t look like mummies, don’t look human at all in comparison to the typical Host. These are Prototypes, and as the game explains, they are used solely for the purpose of leveling up and ranking up your Hosts in the Rebuilds room. Be sure that you check each prototype you have to see what’s in it for you when you use them as sacrifice Hosts during the merging/ranking up process!

Skill Prototypes work toward improving a target Host’s skills, though one key thing to remember here is that you cannot choose the specific role you want to improve when you sacrifice this Prototype — instead, it’s all chosen at random. XP Prototypes will reward you with XP points that match their level, which makes them useful in quickly leveling up the targets. Lastly, Version Prototypes are the most effective, yet also the rarest of the three types. As explained in the email Westworld will send to you about them, these are all maxed out when you receive them, and they help out when you rank up, as your target Host will likewise be maxed out when they reach their new star rarity!

9. Should You Bother With Critical Analysis?

The Critical Analysis room serves a rather unusual purpose in Delos. This is where a psychologist will interview any Host of your choice and ask them various questions — how do they feel about their robotic state, what are their memories of their interactions with guests, how they feel about one role or another. You can conduct up to three Host interviews per day at the Critical Analysis room, though we don’t really see the use for this, especially if you’re flush with unused Host Codes on account of a full roster. But if you need some one-star sacrifice Hosts for your next rank-up of a low-level Host, you might as well take advantage of this feature. You are allowed to have three interviews per day conducted, though all of them will only reward you with a one-star Host Code for all your troubles.

Dr. Ford’s Office can be built once you reach Control Center level 9, and the game does not really explain what’s in it for you, should you be lucky enough to have an appointment with the enigmatic director and creator of Delos. But if you take a look for just a few seconds at the genius doctor’s office, you’ll see just what it’s for — a quick and painless way to make some premium currency. Unfortunately, it really won’t amount to much — all you’ll get is one gem per visit to the doctor’s office. But the good thing here is that you can visit the office every 30 minutes; if you play the game actively, and do so several times in a day, you might end up with 10 free gems or more simply by going to Dr. Ford’s and clicking on the green gem! Again, it’s not much, but it could add up.

11. Welcome To Escalante – A Different Kind Of Interaction For Your Hosts

Once you’ve unlocked Dr. Ford’s Office, you will also unlock the Escalante expansion. Your first stopover there should be Escalante Church, which is where you will interact with Langston, the Technician. Unlike other guests, whose requests typically match the nature of the establishment they’re in (e.g. playing cards in the Saloon), Langston’s requests will run the gamut, and will typically require one of your rarer Hosts to guarantee the best chances of success. (One-star hosts, as you may surmise, will be good as dead.)

Langston’s “tests” are long and difficult compared to the other interactions, and they vary in difficulty. But they’re completely worth it, as you can come away with some “premium” rewards, including a greater number of coins and gems, as well as Premium Host Codes that you’ll ordinarily have to spend 250 gems on! 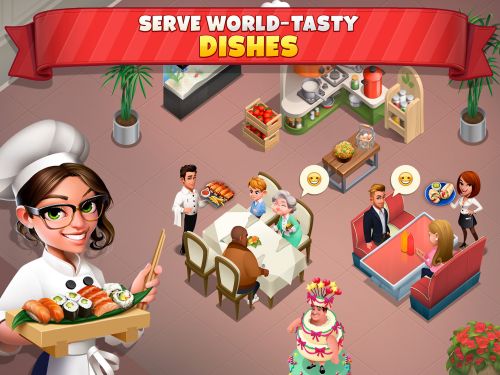 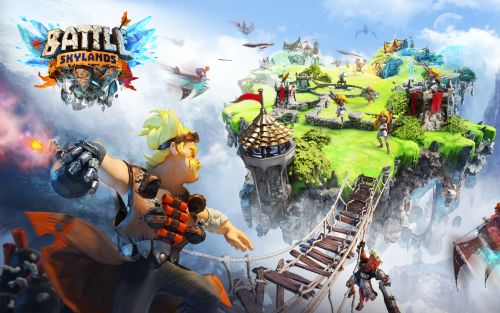