If you’re a fan of Fincon’s Hello Hero series, you’ll find plenty to love about Hello Hero All Stars. It throws together many of the most popular characters and maps from Hello Hero and Hello Hero: Epic Battle into an adventure spanning the galaxy. Expect loads of game modes to enjoy, and countless chibi-style anime heroes to recruit. 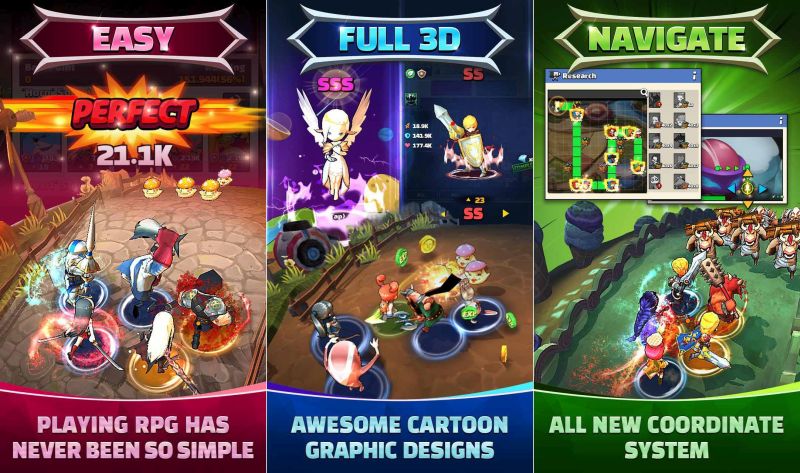 Launched in June 2019, the casual hero-collecting RPG will receive a heap of brand-new content this October. The latest update introduces another world to touch down on — Cucubita, a land featured in earlier Hello Hero games. Send your selected squad of heroes into battle against the planet’s hostile residents, including familiar bosses from Armon, as well as never-before-seen bosses. There are 100,000 kilometres of land for your heroes to fight their way across, and bosses will change their attack pattern as your progress to keep your squad on their toes.

That means you’ll need to ensure your heroes are up to the challenge — and that their gear is, too. Luckily, the update introduces two more grades of gear to upgrade to: SR and SSR. You’ll also be able to acquire more gear and faster; expeditions will now earn you double the equipment, and journeys can be cut short so that your loot can be used as soon as you need it.

You might also want to swap the heroes in your squad with some more robust recruits. The October update brings with it several new heroes, ranging from tankers to healers. Most notable is Black Knight Drake, who comes with a starting grade of SS. His primary skill inflicts damage on all on-screen enemies, whilst his secondary skill shields the hero with the lowest health from damage. Who said knights in shining armour had to dress in white?

If that sounds like fun, make sure to download the game for free from the App Store and Google Play.