Oasis Games, a Hong Kong-based mobile game publisher, announced last week that its upcoming RPG called Bleach: Immortal Soul will be released on both iOS and Android platforms this spring. 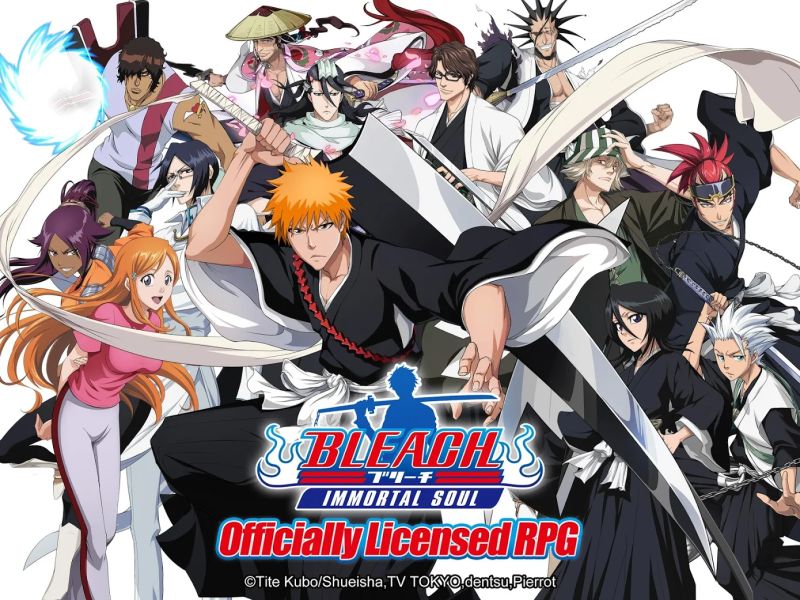 As you progress through the game and strengthen your team of Soul Reapers, you will be able to take on more difficult bosses and unlock new playable characters. There are two initial screenshots that show a party that features Ichigo, Orihime, Chad, Yoruichi, and Uryu fighting against Gin, Ikkaku, Kenpachi, Byakuya, and Renji. The game will more than likely feature roguelike elements.

Humans and Soul Reapers will have to join forces, defeat Hollows, and guide the lost souls to the Soul Society. The players’ success will depend on their strategic attack choice, team selection, and combo accuracy. New characters can be unlocked by completing Story missions, daily tasks, as well as through recruitments. The gameplay allows players to climb the Soul Society rankings, make friends, join Squads, and earn new exciting rewards when levelling up their Squads.

Though no specific release date has been disclosed yet, Bleach: Immortal Soul is scheduled to be launched this spring on both iOS and Android platforms.

If Bleach: Immortal Soul looks like a game you might enjoy, you can already pre-register for it on Google Play and the App Store. Or, if you prefer, you can use your e-mail to pre-register directly on the official website. Though there is a note that says rewards for pre-registering will be available when the game is launched, details are still scarce.

Bleach: Immortal Soul will be a free-to-play title and will probably feature in-app purchases.