Tropical Wars Tips & Strategies: A Complete Guide to Building the Ultimate Island Base

As you may surmise, Tropical Wars is a game that involves pirates fighting it out in the seas, as you build your own tropical island base. This is a new Android and iOS title from Game Alliance, and the company, we should say, is quite aptly named. That’s because Tropical Wars is a massively multiplayer online real-time strategy game (MMORTS) where “you lead your pirate fleet to victory.” As a pirate leader, you’ll have to do a good number of things – manage your base and create the “perfect headquarters,” create and assemble pirate ships, fight other human-controlled pirate armies (of course), join a pirate guild, and loot those opposing players after you destroy their ships and, presumably, everyone on it.

As we said on a recent set of MMORTS tips and tricks, the mechanics of such games shouldn’t be alien to you if you’ve been playing Clash of Clans or other similar titles. But every game of this kind, and every MMO mobile game, for that matter, has their own unique features and special mechanics that set them apart. So if you’re new to the game, new to MMO gaming, or an experienced player looking for an additional edge, we recommend you read on and check our Tropical Wars strategy guide below.

It won’t be a set of tips and tricks for games of this nature if we didn’t mention this tip – it is very important to join a guild as soon as possible. You can unlock the game’s alliance/guild feature by tapping on the egg icon surrounded by sharks; this is located on the left side of your screen. But you shouldn’t join the first alliance that you see. First of all, you should make sure that the alliance you’re joining is an active one. Why is this very important?

To cut the long story short, being part of an active guild or alliance is important because of the game’s missions. Being in an alliance with other human players allows you to complete these missions faster, and to earn more rewards and do that faster. Your allies can help you out by sending ships or launching revenge attacks to get your lost loot back. Don’t content yourself to doing things on your lonesome. Band with other human players, and be sure that these players regularly play the game.

3. Use Your Gems To Buy Extra Workers

Waiting for tasks to be completed can be very tedious, and could take you away from the game due to the boredom of waiting. As such, you may be tempted to spend real money to expedite tasks. But you don’t necessarily have to do that. You have your gems, which are your premium currency, and we recommend that you spend them on adding new workers. We suggest setting an initial goal of having six workers, so that you can develop your island base quickly, but without having to spend any of your hard-earned cash.

4. The Basics Of Building Your Island

When it comes to building up your island base, you’ll need to plan things very carefully. The instinctive thing to do may be to focus on gaining more resources, but it is usually better to invest your energy in research instead. Also, you want to have as many workers as possible working on the same task so that it is completed faster. Keeping those two basic sub-tips in mind, have your workers (again, as many of them as possible) focusing on research and production while you’re playing the game. And when time comes for you to leave the game, either to sleep or to focus on work, school, or whatnot, you can assign one worker or more to each of your resource sites, while ensuring that there’s still at least one worker handling the research or upgrades side of things.

5. All Kinds Of Research Are Good For You, But Here’s How To Focus Things

All in all, there are only three buildings for you to conduct research on, and all of the areas of research will benefit you in the end; none of them can be considered as “bad” or “unproductive.” But first, here’s a quick tip on how to deal with situations where research becomes too costly for you to conduct. Don’t take a break from your research just because it’s hurting your bottom line. Instead, have your workers focus on less important matters. And now that we’ve got that out of the way, here are our tips for researching in each of the three buildings.

The command center may seem like the most important (and we do mention it first, because it comes first alphabetically), but we would instead recommend you give it the least priority of the three. Preparation, Home Game, and Nurse could be helpful, while everything else can be focused on when you’ve got enough spare resources or workers on you.

Many suggest that focusing first and foremost on the laboratory is the best thing to do. Lab research allows you to improve your boats and keep them in good condition. You don’t want your ships to get wrecked, so research specifically on improving their health and their defense (their shields).

Lastly, the best Town Hall research projects would be the ones that can truly, and markedly benefit your base. But since there are too many to mention, we will instead single out the types of Town Hall research you shouldn’t focus on too much, if at all – Respect the Boss and Promotion. Sure, you can work on those two when you’ve got more than enough manpower and/or resources, but you want to give them the lowest priority within the Town Hall.

6. Wake Up Your Sleeping Workers

One interesting aspect of this game that we don’t get to see too often is the fact that your workers aren’t figurative robots. That means they, like real human beings, take some time to go to sleep after a certain timeframe. There’s no penalty for waking them up too soon, though, so you may want to login to the game every few hours or so to make sure everyone is awake and focusing on their tasks at hand.

7. Work On Your Side Missions If Campaign Mode Is Going Nowhere

In Tropical Wars, you’ve got your Campaign Missions, and you’ve also got your World Battle. The latter may be your main focus considering the type of game it is, but we would beg to disagree – Campaign Missions are equally important. The strategies used in both modes are similar to each other, so there’s really no true difference to speak of. And if you run into some trouble in your campaign, such as if you’re unable to progress any further after several tries, you can work on the optional side missions. Side mission contracts are graded in three difficulty levels, and it’ll all be up to you which difficulty suits you the best. Harder difficulties, of course, earn you better rewards.

8. Make Sure You’ve Got Enough Ships When Attacking Other Players

When battling it out with other human players, you should always go into battle with a full complement. That means having the maximum number of ships, and ensuring that they are of a high enough level. Otherwise, you’ll find yourself overwhelmed by better, more experienced human opponents. And if your ships are close to dying or getting completely wrecked, you’ve got buoys to the rescue. You’ll earn a free buoy every two hours, and the maximum count of these items would be 10. Make sure you’ve got enough buoys with you before attacking human opponents, and if you don’t, it may be best to run away, and live to fight another day. At least you won’t be losing any ships if you quit while behind.

Want a good attack strategy against the enemy? Try flanking them with the King Ship (see below), or set it up so that it lands maximum damage against the enemy’s ships. Go for the booster spots for additional offense, but especially for additional defense. (You know the old adage, right? The best offense is a good defense.) Also, focus on destroying one ship at a time, instead of doing as much damage as possible against multiple ships. You don’t want to be taken out by multiple ships that have very little health points remaining in them.

Alternately, you can keep your ships at the back, and have your allies’ ships in front, as it won’t hurt you as a player if their ships do get destroyed. As AI and human players tend to focus on the front ships, it’ll be their ships soaking up the damage, while yours remain healthy (hopefully) at the back.

The King Ship is the most powerful and the most important of all your ships. It carries all the special skills and items, and that means you should keep it protected at all times. And when using the King Ship, make full use of its special skills, including the healing spell, which is important in making sure your ships do not die. Smart players will target the King Ship, so don’t leave it even the least bit vulnerable.

And this completes our detailed strategy guide for Tropical Wars. If you’ve enjoyed this set of tips and tricks or have something else to add, be sure to let us know! 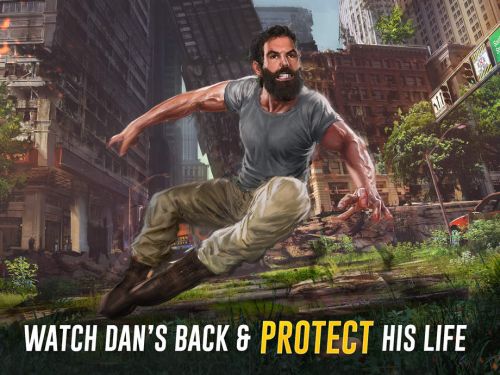 Previous
Save Dan Tips & Tricks: How to Properly Save Our Hero from the Zombies 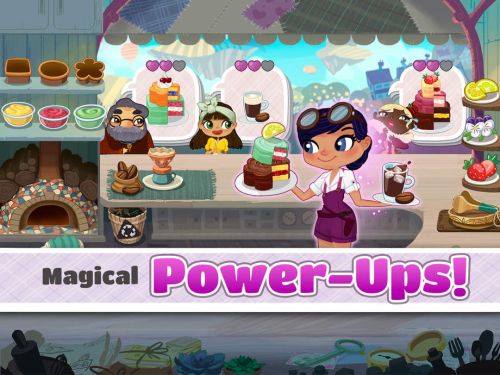