The everlasting battle between the light and the dark side is constantly present in the world of mobile games as well. The War of Genesis: Battle of Antaria is a game which also centers around the balance in the cosmic force. Since the game is created by JoyCity Corp., the amazing graphics and the mechanics of the gameplay will keep you enchanted for days. You will also notice how the world of Antaria is a vast universe, full of captivating storylines and magical creatures.

Since The War of Genesis: Battle of Antaria is so complex, we have prepared a comprehensive overview of the strategies which can lead the players through all the missions and quests. Our The War of Genesis: Battle of Antaria tips, cheats strategy guide is full of useful tactics for destroying the forces of the Dark Armor and restoring the rightful king back to his throne.

1. Level Up Your Heroes

The battle between good and evil cannot be won without brave heroes, and The War of Genesis: Battle of Antaria offers an impressive array of paladins which can fight for your righteous cause. For instance, the likes of princess Eiloin, Rashid, Thad, Strider, or Raymond are all ready to lay their lives on the battlefield, if necessary, just to see their beloved Antaria free once again. Of course, the Admiral G.S himself is a noble champion as well, and he also goes into every battle with valor and ferocity. 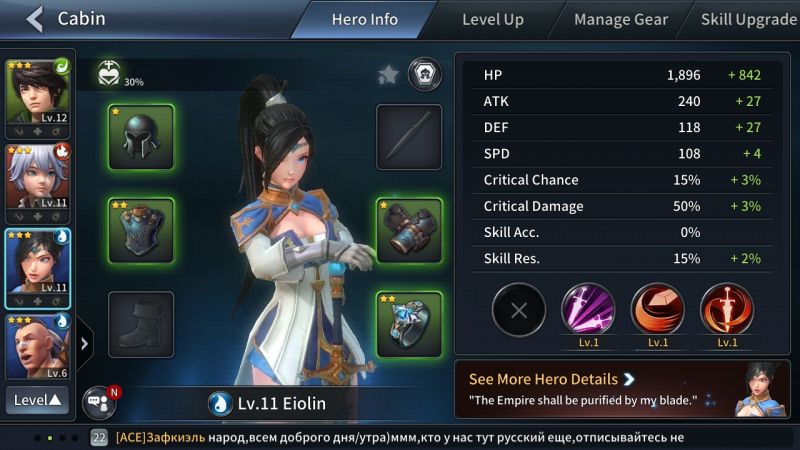 However, all of these heroes are not invincible, especially not in the early stages of the game. On the contrary, their stats are limited, and that is why we advise the players to invest the resources in upgrading their heroes. On the right-hand side of the Welcome screen is the command which will take the players to the Heroes section, and by visiting this place – you can level up the fighters, enhance their skills and traits, and so on. Also, don’t forget to level up you Admiral every once in a while since he is the one who is in charge of your ship after all.

2. Use The Proper Attacks During Battle

The War of Genesis: Battle of Antaria offers an exciting campaign, and you will come across a plethora of vicious beasts on your way to glory. Since these abominations come in all shapes and sizes, it is imperative that you know how to attack them in the most effective manner. Your heroes, as well as those evil creatures on the opposing side, all belong to a certain type of fighters, and some of those categories do not do well against others. For instance, Water-type heroes are superior to Fire-types, and the Fire-type is more powerful than the Earth-type. A small sign in the corner of your hero icon will tell you the category of the hero, and these traits play a significant role during a battle. 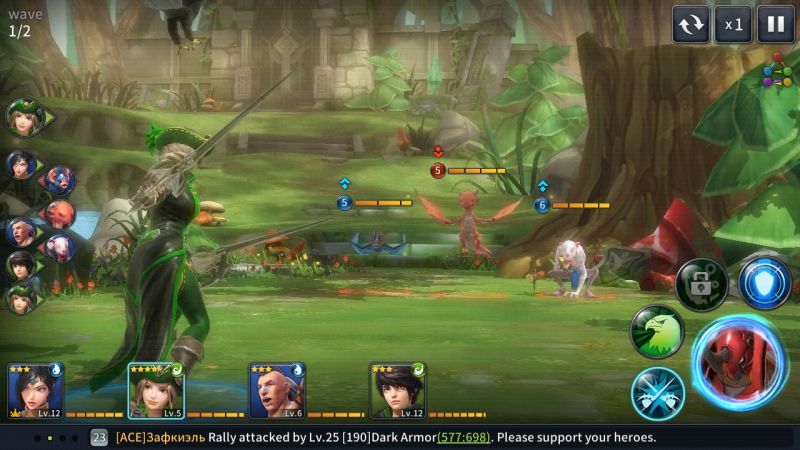 First of all, the players need to choose the right fighters for the upcoming fight, and this can be done on the Selection screen. After that, an arrow over the enemy will help with picking out the right hero. If the arrow is blue, the hero’s attack will be effective, but if the arrow is red – pick another hero to cause more damage to the evil beast.

3. Summon Machina To The Battle

Besides the heroes and the Admiral, which are the main protagonists when it comes to real-time battles, The War of Genesis: Battle of Antaria offers another form of useful characters. These machinelike demigods are called Machina, and they come with immense power and strength. For instance, the initial stages of the game will present you with Asura, a brave and mythical Machina, who can land powerful blows to the enemies. 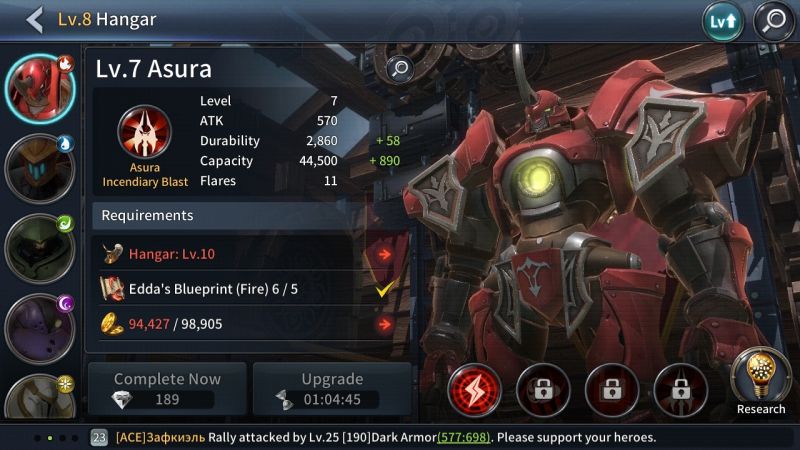 Of course, just like all other characters in the game, all of the Machina can be upgraded. The players need to visit the Hangar where they can level up these heroes. Also, every Machina can be equipped with unique skills, and these specialty attacks can be of great importance on the battlefield. However, the most important thing is to summon the Machina at the right time. According to our experience, the best moment to summon a Machina is at the very start of the battle. For example, the flaming sword of Asura will demolish almost all of the enemies, and then you can easily deal with the rest of them.

4. Unlock And Upgrade All Systems Of Your Ship

Since we mentioned the Hangar, it is perhaps a good moment to explain the importance of all other rooms, i.e. systems on your spaceship. For instance, the Control Room is the center of the ship, and your Admiral will oversee all the activities from his vantage point. Other important areas include the Forge, the Laboratory, as well as the Protective Deck which serves as a protection unit against enemy attacks and raids. On the other spectrum are the areas related to resource harvestings, such as the Capsule Chamber and the Resource Dock.

All of these sections of your ship need to be unlocked first, and you will receive generous rewards once you enter each of the rooms. Of course, all of the systems on the ship can be further improved and enhanced, and that is why you should level up every section as soon as possible. A blue arrow on top of the room’s name will indicate that the particular section can be elevated to a higher level, and we urge the players to pay attention to these notifications.

5. Research New Technologies In The Laboratory

Exploration of new territories is an important aspect of The War of Genesis: Battle of Antaria and the same idea applies to the exploration of new technologies. What this means is that the game encourages research, and the search for knowledge can strengthen your ship and boost your hero’s stats. We already mentioned how important it is to develop strong and powerful fighters, and the best method for discovering new skills is by investing in research in the Laboratory. 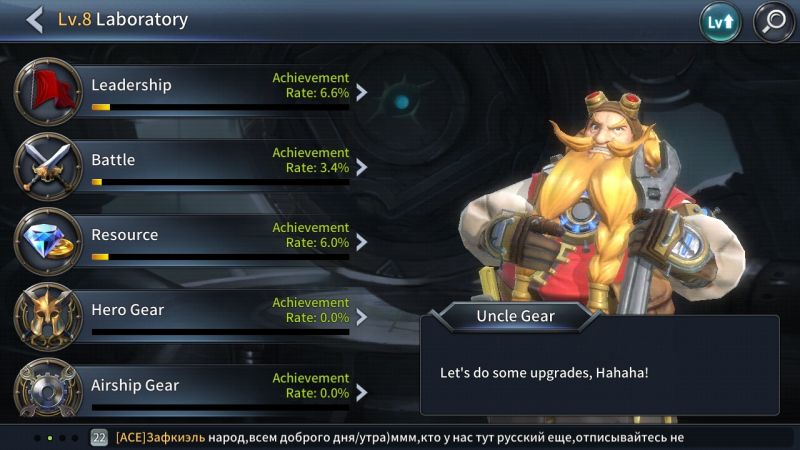 The Laboratory is one of the sections on the airship, and once you unlock this room – an array of options will be presented to you by Uncle Gear. In other words, the players can choose the areas that they want to improve, and these skills can be related to Leadership, Battle, Resources, Hero Gear, or Airship Gear. The materials in your Inventory will be required for the research, but it will all be worth it once you obtain new fighting capabilities and demolish high-level opponents.

6. Craft New Items In The Forge

Just like the Laboratory, the Forge plays a significant part in developing new ways to beat the forces of the Dark Armor. As the name clearly suggests, this section of your ship serves as an area where you can forge new weapons and armor. When it comes to these items, The War of Genesis: Battle of Antaria offers a wide array of available sets, and this means that you should equip your heroes with a certain set of items for the best possible results. All of the sets have distinct markings and coloration, and the appropriate combo of boots, rings, swords, helmets, and shields will yield the maximum benefits.

It goes without saying that you should level up the Forge at every opportunity, i.e. whenever the criteria are met, which will be indicated by the blue arrow. Also, the Forge allows you to craft new gear for your heroes, as well as the Airship Gear. However, you need to level up your Admiral up to level 18 before having access to the Airship section.

7. Collect Resources As Much As Possible

When it comes to The War of Genesis: Battle of Antaria, the resources come in various categories – gold, Aedilium, Psi energy, and so on. However, with so many elements for upgrading, the resources can quickly diminish, and that is why it is important that the players develop a regular stream of income. The supply of resources can arrive from several different sources, and all of them will help with strengthening your Airship and transforming your units into elite killing machines. 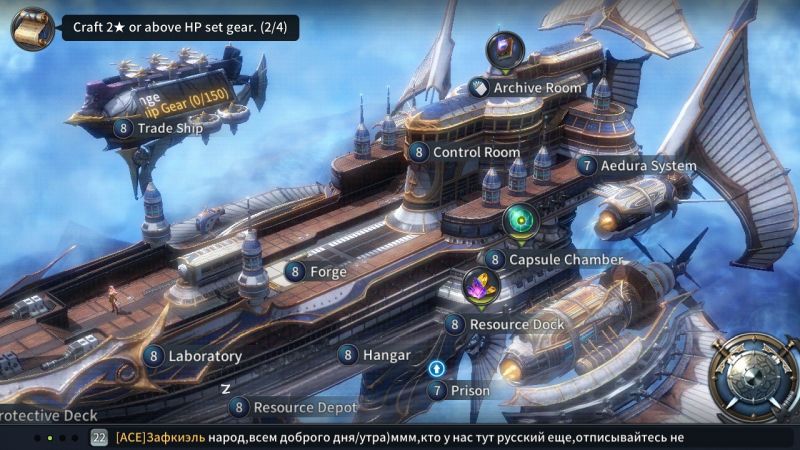 The Capsule Chamber and the Resource Dock are the areas of your ship which are directly assigned to harvest the resources and add them to the overall stock. The Capsule Chamber collects the Psi energy from the heroes, but you will have to put them to sleep first. That is why we advise the players to regularly rotate the sleeping heroes and to summon more of them, if possible. Also, these sections of the ship should be upgraded regularly so that the players can reap the best possible benefits.

Earlier in our The War of Genesis: Battle of Antaria guide, we mentioned the Protection Deck, which is the area of the ship that serves as a protecting unit. Since your airship will be exposed to enemy raids after you update the Admiral to level seven, you will have to think about ways of protecting your home. That is why the Protection Deck plays a big part in The War of Genesis: Battle of Antaria, and you should fill the positions with heroes who will fight off all the magical forces that could attack your airship. 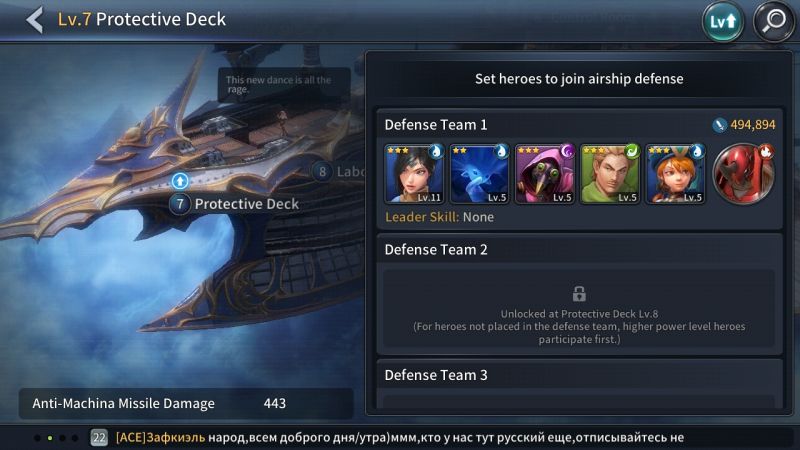 In order to assemble a strong lineup at the Deck, the players will need to have access to a relatively large number of heroes. Luckily, the game offers an easy solution, and you only need to use the Summon Stones and reveal a new hero. By summoning new fighters, your airship will grow in power. However, the Summon Stones are not so easy to acquire, and the players need to be careful with how they use these precious items.

9. Use The Trade Ship To Your Advantage

The Trade Ship is a small vessel that accompanies your airship, and as the name implies – this little unit serves as a trading area. Since the gameplay of The War of Genesis: Battle of Antaria burns so many resources, the players often find themselves in need of more materials, in-game currencies, or other items. During the times of need, trading and reshuffling resources are the best way to go, and that is why we recommend that the players always examine the possibilities of the Trade Ship.

The Bazaar can help you acquire diamonds, gold, Psi energy, Aedilium, or even the Summon Stone. It goes without saying that all of these assets have a role to play and that each one can be of great importance for the development of your heroes. The Trade Ship can also be upgraded, and the higher the level of this section – the more options will be present to the player when it comes to buying and selling different assets.

The War of Genesis: Battle of Antaria is a game which strongly encourages teamwork. For instance, you go into every battle with a team of heroes, and they fight the monsters together, side by side. Similarly, an alliance with other players can help you acquire much-needed assistance on your mission to defeat the Dark Armor and establish peace in the Kingdom of Pandragon. The process of joining a guild is straightforward and hassle-free, and there are numerous federations of players that are participating in The War of Genesis: Battle of Antaria. 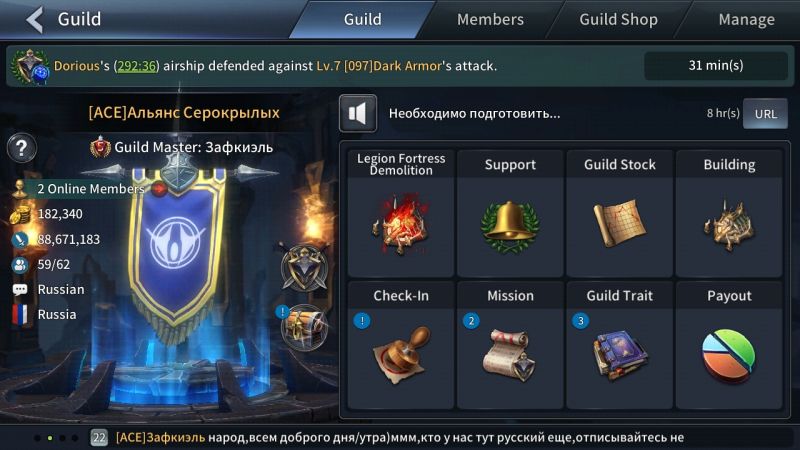 Of course, no one would join a guild if this action did not bring any benefits. When it comes to The War of Genesis: Battle of Antaria, alliances are useful for defending and attacking, but they also serve as economic hubs. A powerful federation can help you grow your airship, and every guild shares the loot from the raids in the form of weekly payouts. Therefore, if you pick a strong guild, you will receive higher payouts, but this will also present you with an opportunity to exchange resources with other guild members.