At the company’s recent annual event, Tencent has announced all the mobile games that it’s planning to launch in 2019 and beyond. To make your choice a little bit easier and enhance your expectations, we have worked on a comprehensive list of their upcoming mobile games and their main features.

Tencent has been working on this project for over 2 years. And Codename SOC will finally hit the market in 2019! Though we know that the game will be released in China soon, there is no news on a global launch yet. A zombie survival coop, Codename SOC will feature the Unreal Engine 4 (developed by Lightspeed & Quantum Studios).

So what can you expect from Codename SOC? A seamless open world, base building, crafting, real-time multiplayer coop, and many other features that are still to be revealed! Will Codename SOC beat LifeAfter, NetEase’s mobile zombie survival game? That’s yet to be determined!

Reminding players of Overwatch, Ace Force has already undergone a series of tests over the past year and a CBT is scheduled in China this year. What can we expect from this game? A rich list of awesome characters endowed with unique skills and abilities such as Spark (slow-paced but with an impressive arsenal at his disposal), Loong (the long-range rifle fighter), Ghost (the ambush sniper), or Butterfly (who can fly using a jetpack). If you want to find out more about the characters of Ace Force, take a look here.

Based on a Chinese comics series, The Outcast Mobile revolves around Chou Soran, a college student who was attacked by zombies and was rescued by Fu Hoho, a mysterious girl who would change his life. As he discovers that the martial arts technique that his grandfather used to teach is threatened by other martial arts groups, Chou Soran will embark in a thrilling adventure that will allow him to uncover his grandfather’s story and the special connection he has with Fu Hoho. In Outcast Mobile, players will be able to enjoy 4 different clans, each one of them consisting of 2 unique characters. The precise release date hasn’t been announced yet.

Considering Tencent’s newest proposals, it is clear that the mobile and PC games giant is experimenting with different game genres and intends to introduce new modes and features to keep players entertained and hooked.

Of all the above-mentioned games, which are you looking forward to? Don’t hesitate to use the comment section below and share your thoughts with us! 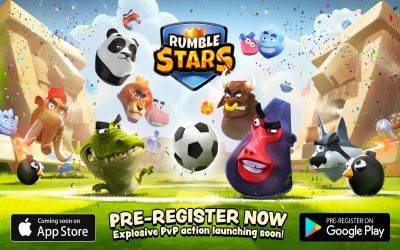 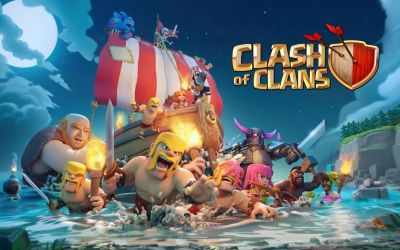