Tales of Radiance is one of the most promising idle RPGs to pop up in some time. It boasts a layered, tactical combat system, deep customisation of your heroes, and a host of player-friendly mechanics that other games in the genre would do well to heed. Oh, and you can also summon down the gods to aid you in your fight against evil, which is as big a selling point as you’re likely to get. 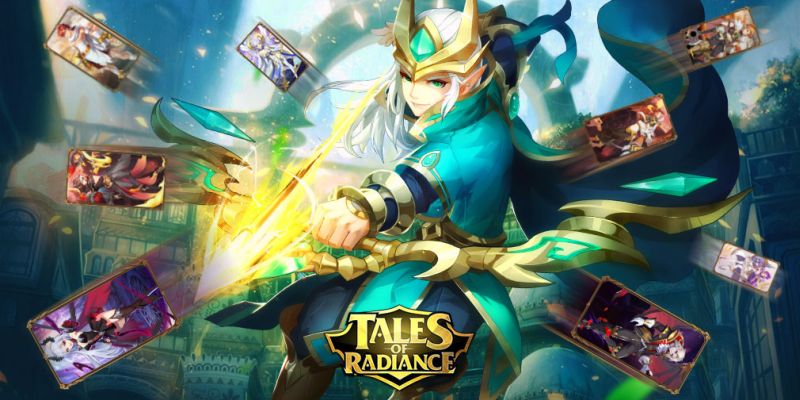 Your challenging quest will see you trek across multiple worlds in search of the 5 lost relics of the old gods. On the way, you’ll meet and recruit unique heroes and earn a ton of exciting loot. Your party – which may eventually include the likes of Odin, Zeus, and Thor – can be customised and tweaked to your heart’s content. There are no fixed skill trees in Tales of Radiance, so it’s easy to mould your heroes to your liking.

As you progress, you’ll also amass an assortment of weapons to equip them with. The idle combat itself is surprisingly deep, allowing you to formulate inventive strategies prior to setting your heroes loose on your enemies.

And the content doesn’t stop with the single-player campaign, no sir, Tales of Radiance also boasts a 5v5 competitive mode, tricky challenges to beat, dungeons to delve into, special events to take part in, and arena challenges to test your mettle on. 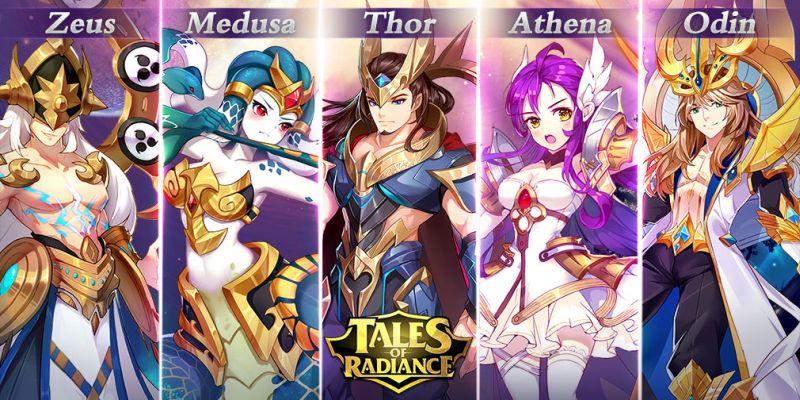 The game aims to let you play however you want to. One of the main ways in which it does this is by allowing you to play multiple modes at once, hence cutting down on the amount of time you’re left twiddling your thumbs during load screens or animations. It also boosts the amount of loot you’re earning, as well as speeding up general progression. It’s a great, player-friendly feature.

If you’d like to remain up to date on all the latest Tales of Radiance info, simply check out the game’s Facebook, Twitter, and Instagram. You can also pre-register ahead of launch over on the App Store and Google Play.